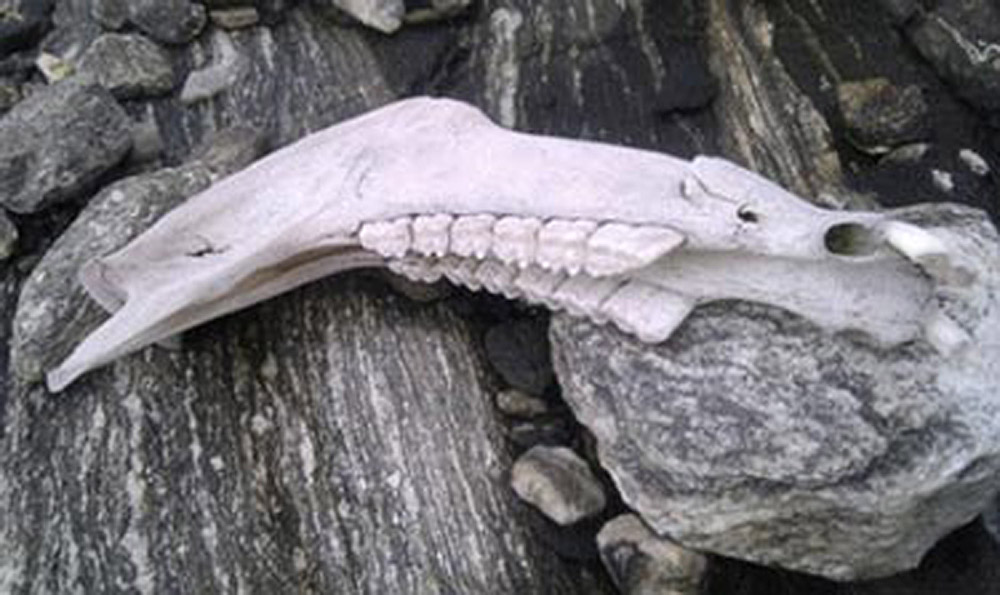 The remains of an iron age horse has been found in a glacier two thousand metres up in the mountains of Norway, one of the first times such an animal has been found at such altitude.

The find, which came to light in the area of Oppland last August, is the latest of a string of discoveries archeologists have been making around the world, as global warming melts glaciers and ice sheets, leaving perfectly preserved relics behind.

“It shows that they were using horses for transport in the high alpine zone, in areas where we were quite surprised to find them,” states Lars Pilø, the head of snow archeology at Oppland council. “Even though the finds up there are fantastic, the background to the science is very serious […]. Norwegian climate experts tell us that all the ice in the Norwegian high mountains will be gone by the end of this century, and of course that also adds an urgency to the work that we’re doing.”, Pilø added.

Pilø and his team have been concentrating their research around the Lendbreen glacier near Lillehammer, which he believes was used both for hunting and as a short cut over the mountains from the late iron-age to the early medieval period.

He said the horse whose bones they discovered was probably used to carry reindeer carcasses back off the mountains to the villages below.”When it gets hot in the summer, the reindeer will get pestered by horseflies, and when they get horseflies they move up to the ice, which made the ice excellent hunting grounds,” he explained.

“The other reason that we have many finds is that people would also cross the glaciers as a transport route over the mountains. You can imagine, if people went over ten times a year and dropped one thing every time, that adds up to a lot of items.”

The team have previously found perfectly preserved 1000-year-old horse manure, and horse shoes dropped in the ice. Earlier this year, they made headlines across the world when they found a 1,700-year-old woollen tunic, fully intact apart from the two patches sewed into it by its iron age owner.

Pilø said it was important to keep the melting ice under constant observation as once an artefact defrosts, the team have just days to begin preserving it.

“When they’re in the ice, they’re in the deep freezer, so they’re incredibly well preserved. It’s like they’ve been in a time machine,” he explained. “But once they’re out in the open the clock starts ticking really fast. We have to be there when they come out.”