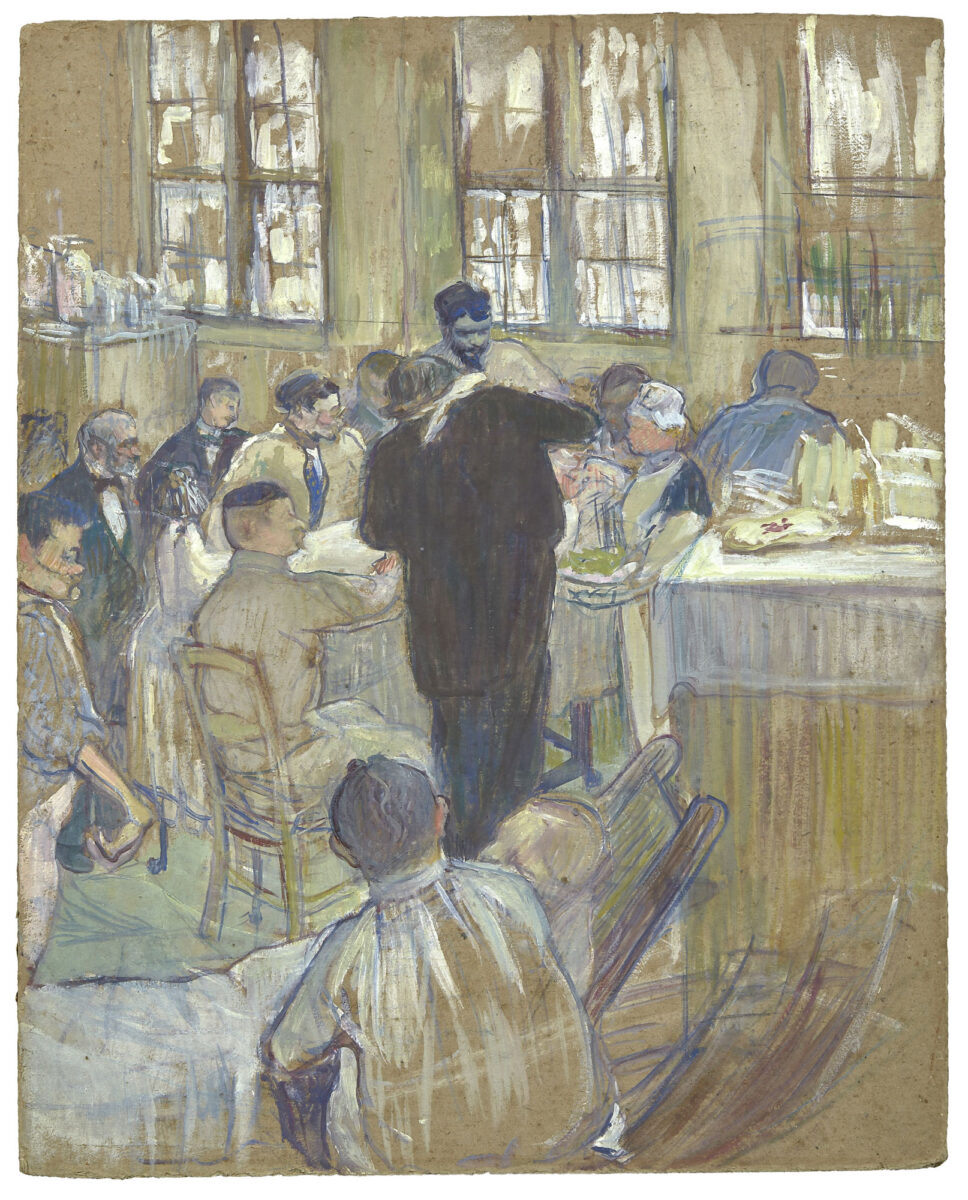 Rare Toulouse Lautrec under the hammer

The work depicts a surgery

We associate Henri de Toulouse Lautrec with images of cabarets, brothels, Parisian streets and horses and his famous posters of course. Now, an unusual Toulouse Lautrec, the depiction of a surgery in a Parisian hospital has turned up and on June 29 will be auctioned at the Impressionist and Modern Art sale at the Artcurial Auction House. Its estimated selling price is between €600,000– €900,000, given its unusual subject for the artist.

The painting “Une opération par le Docteur Péan à l’Hôpital International”, a work of 1891, depicts an operation in a Paris hospital. It remained in the family of Frédéric Baumgarten, Lautrec’s doctor who had received the painting as a gift from the artist who had portrayed him in the work .

Only two other Lautrec paintings depict hospitals: the portrait of Docteur Péan in “A Tracheotomy operation”, 1891, that is now part of the collection of the Clark Art Institute in Williamson, USA , and “An Examination at the Paris Medical School”, 1901, at the Musée Toulouse Lautrec in Albi, France. The painting being auctioned is the only work that is still in private hands. It is an excellent portrayal of the hospital environment of that time, with which the artist, who suffered from poor health, was familiar. Thanks to his doctor Baumgarten and Docteur Péan, a famous surgeon of the period whom he knew, Lautrec was given permission to attend an operation.

“The exceptional quality of this painting, its subject and its history qualifies this as one of Toulouse-Lautrec’s most unique works of art. It is, without any doubt, one of the most important by the artist to appear on the Parisian market for many years”,commented Bruno Jaubert, director of the Impressionist and Modern Art Department of the auction house.