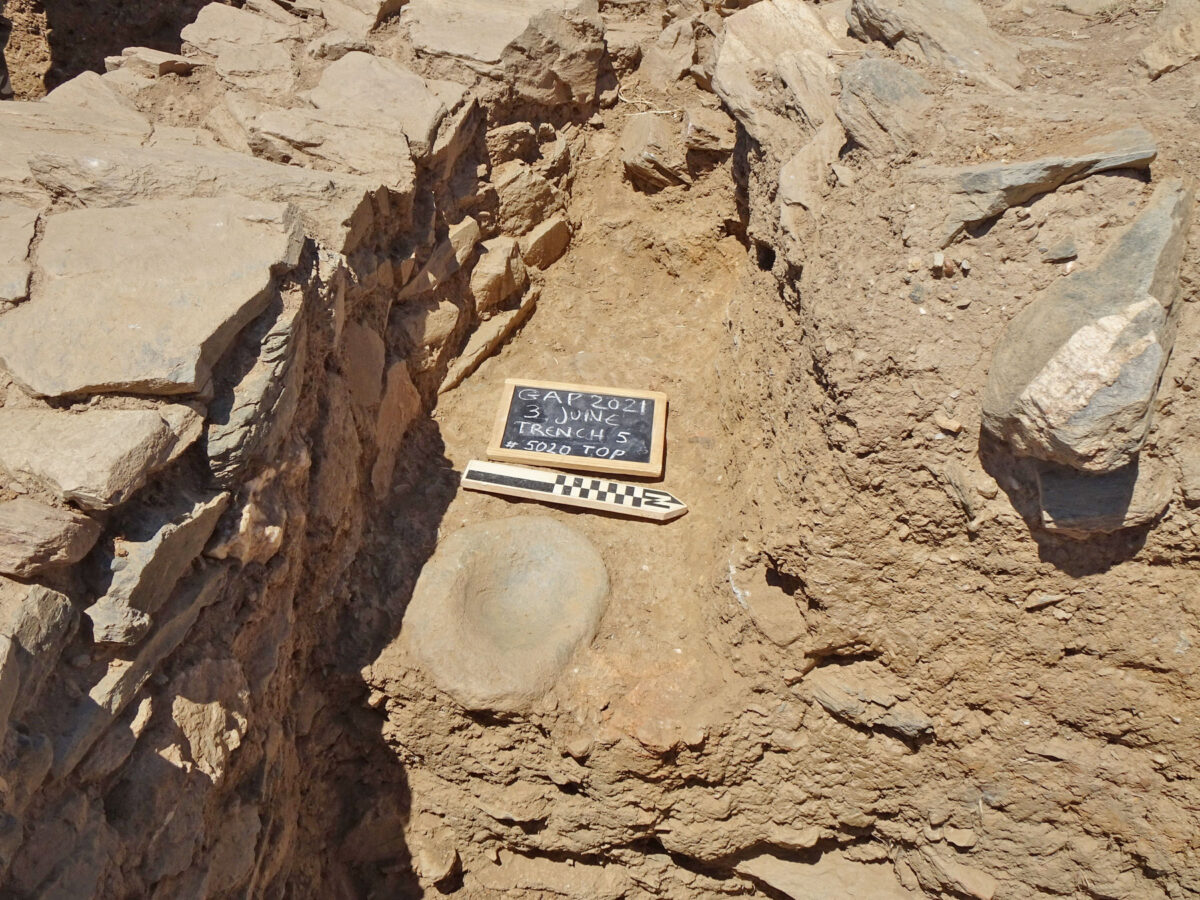 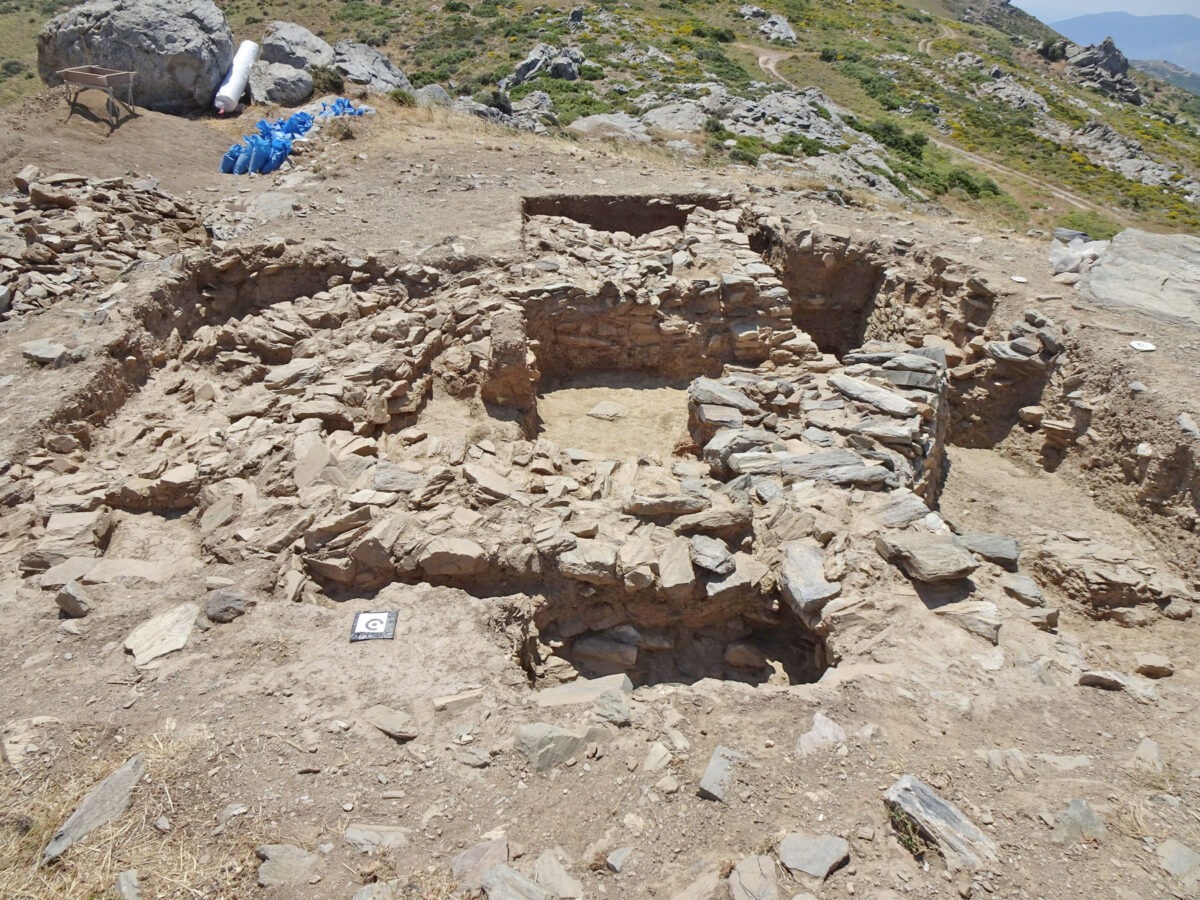 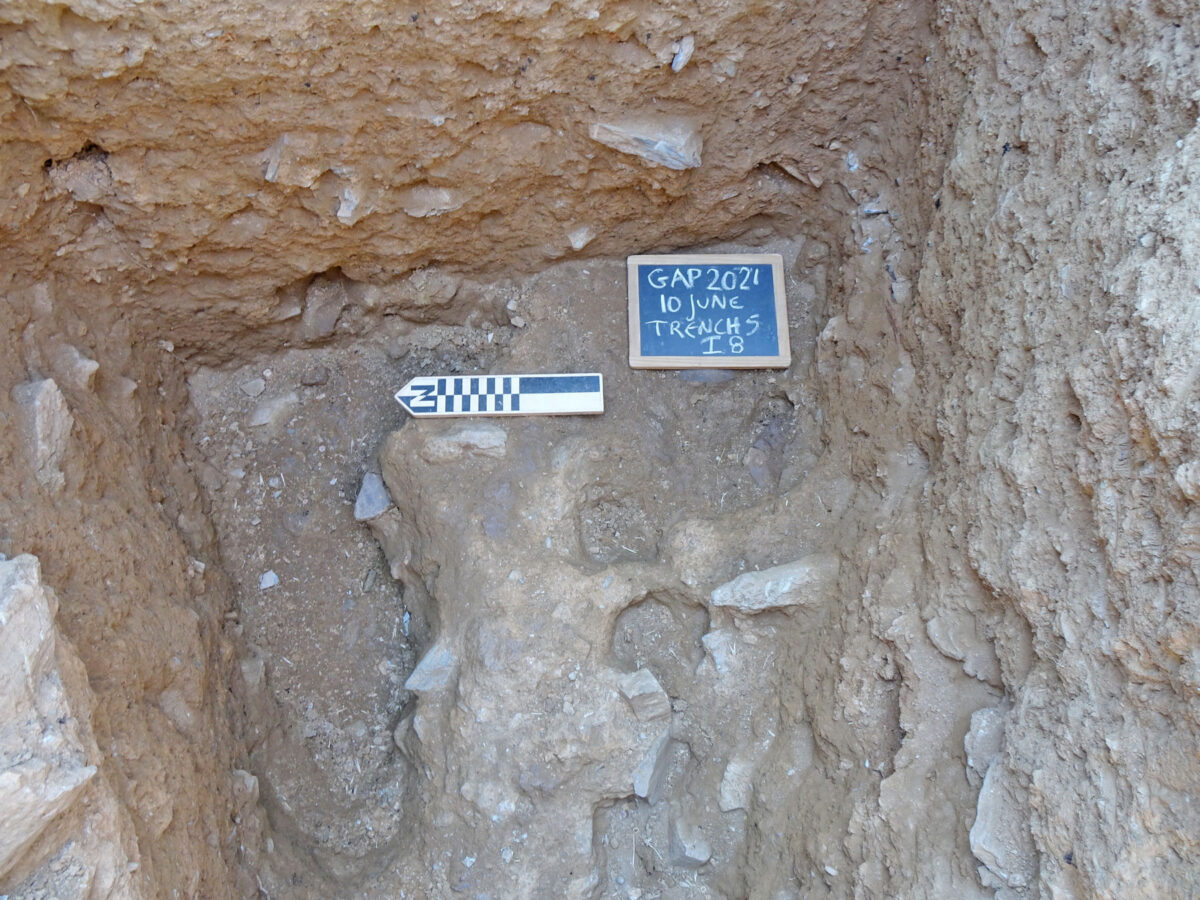 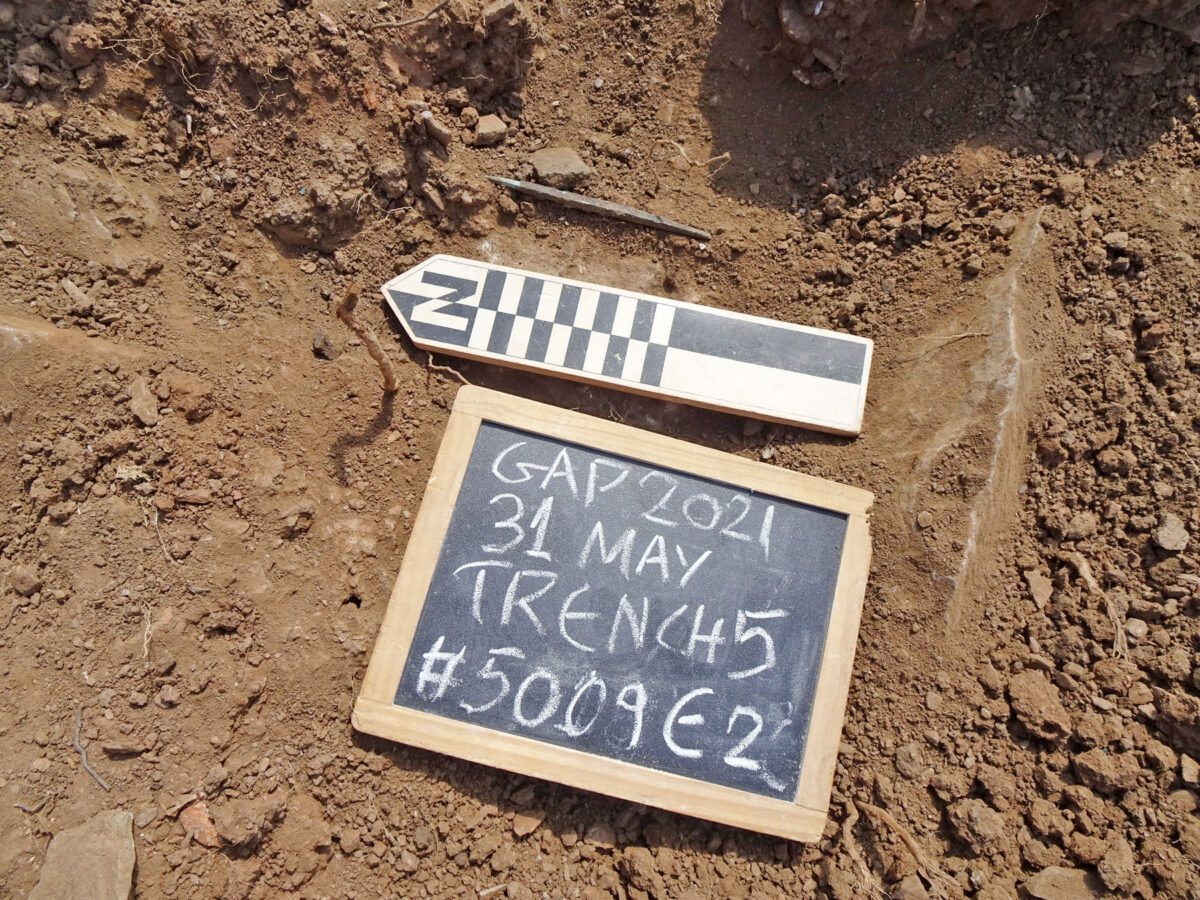 New architectural remains emerged during the excavation at Gourimadi, Karystos, which was conducted for the fourth excavation season, from May 24 to June 11, 2021. The architectural remains are situated in the extension of the already known settlement to the west. An important finding is the discovery of three shallow circular holes (stake holes) in a row, which were probably used for the placement of stakes. The use of these holes will be investigated during the next excavation period, in 2022. This settlement, dating back through its findings to the Late Final Neolithic Period, is extremely important because it is probably the oldest in the region of Karystia.

Movable finds such as stone tools, including graters, polished obsidian blades and arrowheads, prove that the predominant material is obsidian: this adds particular importance to the settlement’s trade exchanges and contacts with the nearby Aegean islands. While sorting out the finds, important samples of pottery from the Late Final Neolithic Period were discovered, many of which were also painted.

The excavation is being conducted by the Norwegian Institute at Athens and supervised by the Euboea Ephorate of Antiquities.

Recognizing the significance and potential of this particular location, the Euboea Ephorate of Antiquities has already taken the necessary steps to declare it an archaeological site, as Gourimadi is one of the most important prehistoric places in southern Karystia.