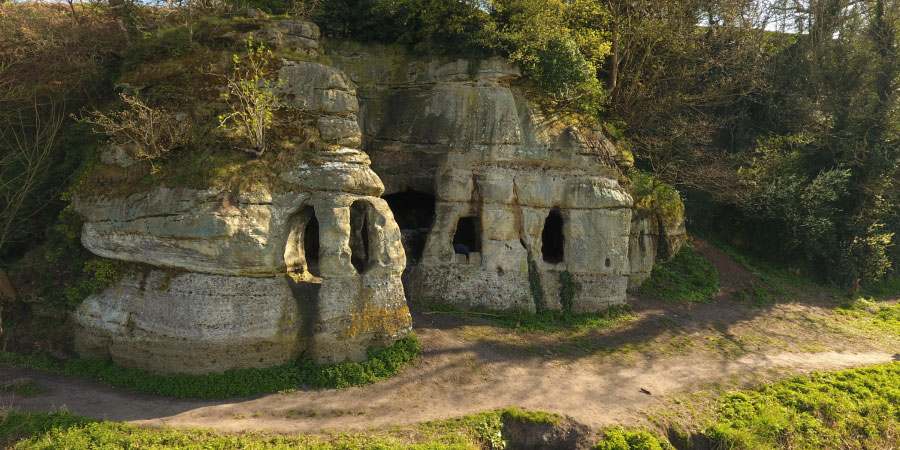 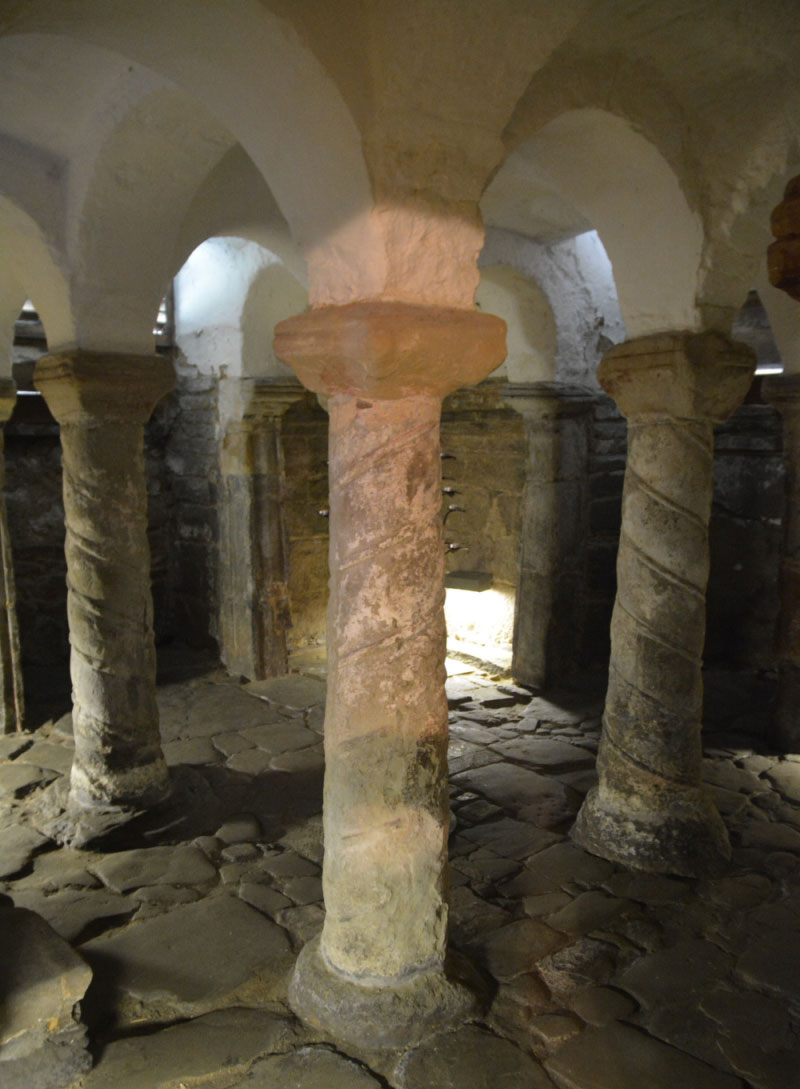 Perhaps the oldest intact domestic interior in the UK

A near-complete Anglo-Saxon dwelling and oratory, believed to date from the early 9th century, has been discovered in Derbyshire by archaeologists from the Royal Agricultural University (RAU) and Wessex Archaeology.

Archaeologists from the RAU’s newly-formed Cultural Heritage Institute, working with colleagues from Wessex Archaeology, undertook a detailed survey of the grade II listed Anchor Church Caves between Foremark and Ingleby in South Derbyshire.

The caves, which were cut out of the soft sandstone rock, have long been considered to be 18th century ‘follies’, but this new study, published in the Proceedings of the University of Bristol Spelaeological Society, demonstrates that these caves are more likely to be early Medieval in date.

Edmund Simons, principal investigator of the project and a research fellow at the RAU, said: “Our findings demonstrate that this odd little rock-cut building in Derbyshire is more likely from the 9th century than from the 18th century as everyone had originally thought.

“This makes it probably the oldest intact domestic interior in the UK – with doors, floor, roof, windows etc – and, what’s more, it may well have been lived in by a king who became a saint!

“Using detailed measurements, a drone survey, and a study of architectural details, it was possible to reconstruct the original plan of three rooms and easterly facing oratory, or chapel, with three apses.”

The narrow doorways and windows of the rooms in the dwellings closely resemble Saxon architecture, while a rock-cut pillar is similar to those found in the Saxon crypt at nearby Repton which is believed to have been completed by the Mercian King Wiglaf who reigned as King of Mercia (a Kingdom in the English Midlands from the 6th century to the 10th century) from 827 until his death in 839.

Caves, such as the Anchor Church Caves, are often associated with anonymous medieval hermits or anchorites but, in this case, there is a legendary association between the Anchor Church Caves and Saint Hardulph. A fragment of a 16th century printed book states that at ‘that time Saint Hardulph has a cell in a cliff a little from the Trent’ and local folklore identifies these caves as those occupied by Hardulph.

Modern scholarship identifies Hardulph with King Eardwulf who was deposed as king of Northumbria in 806. Hardulph subsequently visited both Pope Leo III in Rome and Charlemagne’s court in Nijmengen and spent the last years of his life exiled in Mercia.

He died in around 830 and was buried at Breedon on the Hill in Leicestershire, just five miles from the caves. It is believed that some of the surviving sculpture in the village’s Church of St Mary and St Hardulph, which was founded as a monastery in the 7th century, came from his shrine.

Edmund added: “The architectural similarities with Saxon buildings, and the documented association with Hardulph/Eardwulf, make a convincing case that these caves were constructed, or enlarged, to house the exiled king.

“It was not unusual for deposed or retired royalty to take up a take up a religious life during this period, gaining sanctity and in some cases canonisation. Living in a cave as a hermit would have been one way this could have been achieved.

“These cave dwellings have often been overlooked by historians but may be the only intact domestic building to have survived from the Saxon period. This project has so far identified more than 20 other sites in the West Midlands that could date from as early as the 5th century.”

The area around the nearby village of Repton was the location of intensive Viking activity and, shortly after Hardulph’s death, the Vikings set up a winter camp at Repton. Archaeologists from the RAU have located several locations associated with the Great Heathen Army, some very close to the Anchor Church Caves, suggesting that the caves were probably abandoned at that time.

The archaeologists believe that the caves may have been modified in the 18th century when it was recorded that Sir Robert Burdett (1716-1797) “had it fitted up so that he and his friends could dine within its cool and romantic cells”. These changes included the addition of brickwork and window frames, and the opening up of some of the wall openings in order that well-dressed ladies could pass.

More archaeological and scientific dating is now planned to confirm the architectural evidence.

Mark Horton, Professor of Archaeology at the RAU who is also running excavations of Viking and Anglo Saxon remains at Repton, commented: “It is extraordinary that domestic buildings over 1200 years old survive in plain sight, unrecognised by historians, antiquarians and archaeologists. We are confident that other examples are still to be discovered to give a unique perspective on Anglo Saxon England.”