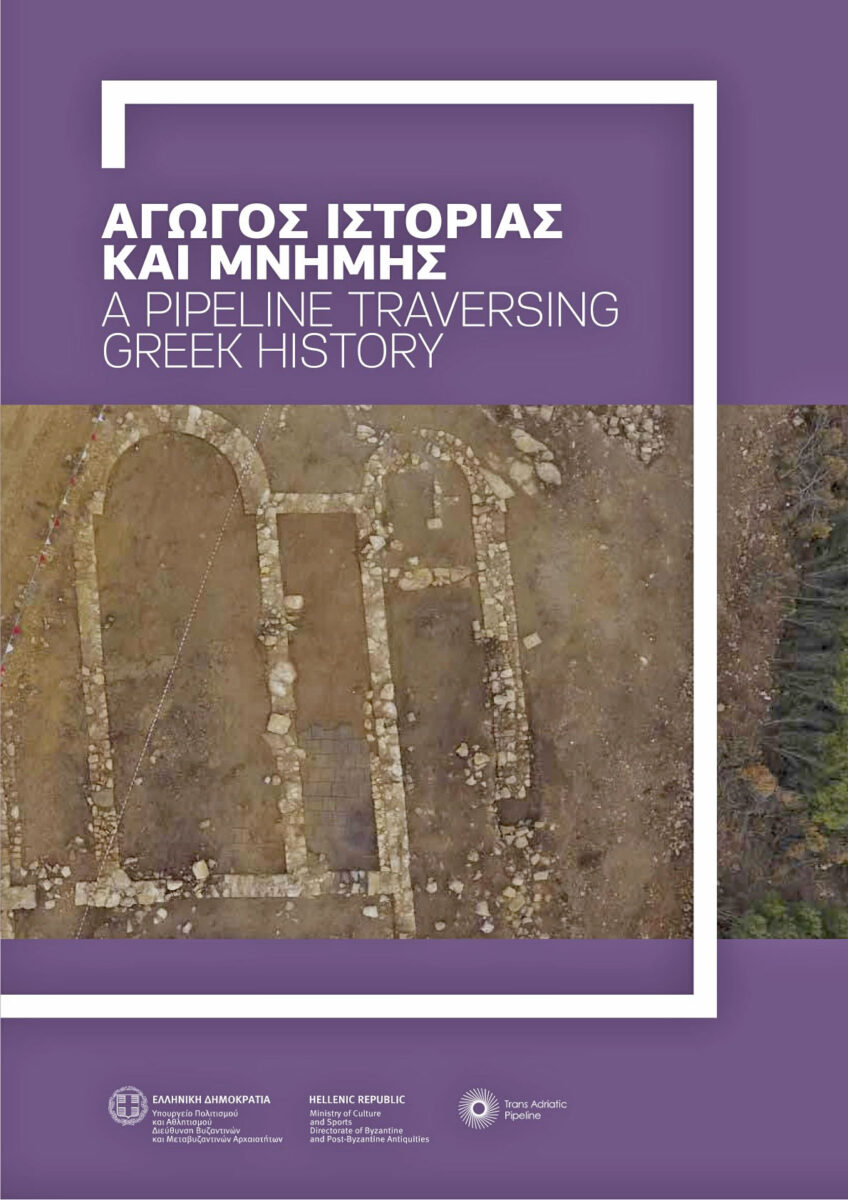 Findings unearthed during the construction of the pipeline

Trans Adriatic Pipeline (TAP) AG announces the completion and publishing of “A pipeline traversing Greek history”, a 295-page bilingual book. The book, which is the result of TAP’s close collaboration with the Greek Ministry of Culture and Sports, documents the important archaeological findings that were unearthed during the construction of the pipeline.

TAP’s construction brought to light findings spanning over 7,000 years of history, contributing to our knowledge and understanding of the history of Northern Greece and highlighting its cultural significance through the ages.

The archaeological research works, funded by TAP and conducted under the general coordination of the Directorate of Byzantine and Post-Byzantine Antiquities of the Ministry of Culture and Sports, began in 2016 and until their completion in 2019, more than 400 archaeological sites had been located and researched in Northern Greece. TAP works also benefited from funding via a €14 million EU Connecting Europe Facility (CEF) grant and employed approximately 650 archaeologists and technical personnel.

Ioannis Maris, TAP’s Country Representative Greece, welcomed the completion of the project: “We are very proud to hold this precious book in our hands. TAP traverses lands rich in history and culture. From the beginning, the organisation has been very respectful towards the host countries’ cultural heritage, recognising the significance of the project’s cultural dimension. In this context, TAP undertook the commitment to protect archaeological sites and artefacts along the pipeline route and this volume is a testament to a job well done.”

Vassiliki Sotiropoulou, TAP’s SEI Manager in Greece, thanked the representatives of the Ministry of Culture, the local Ephorates of Antiquities and the archaeologists involved in the project for the excellent collaboration with TAP, adding: “TAP’s SEI programme recognises the importance of the protection of cultural heritage and is proud to be a part, along with the organisation’s other specialised teams, of such a complex archaeological and technical project that brought to light invaluable finds. 2,000 copies of the book were produced to be distributed to book collections and libraries across Greece and abroad, hoping to enrich the archaeological topography of the region and highlight the significance of the finds.”

After the completion of archaeological works, TAP donated the remaining equipment and unused materials to the local Ephorates of Antiquities, with the hope that they will be used to reveal more significant archaeological finds as the ones included in this volume.

The volume “A pipeline traversing Greek history” is available here.