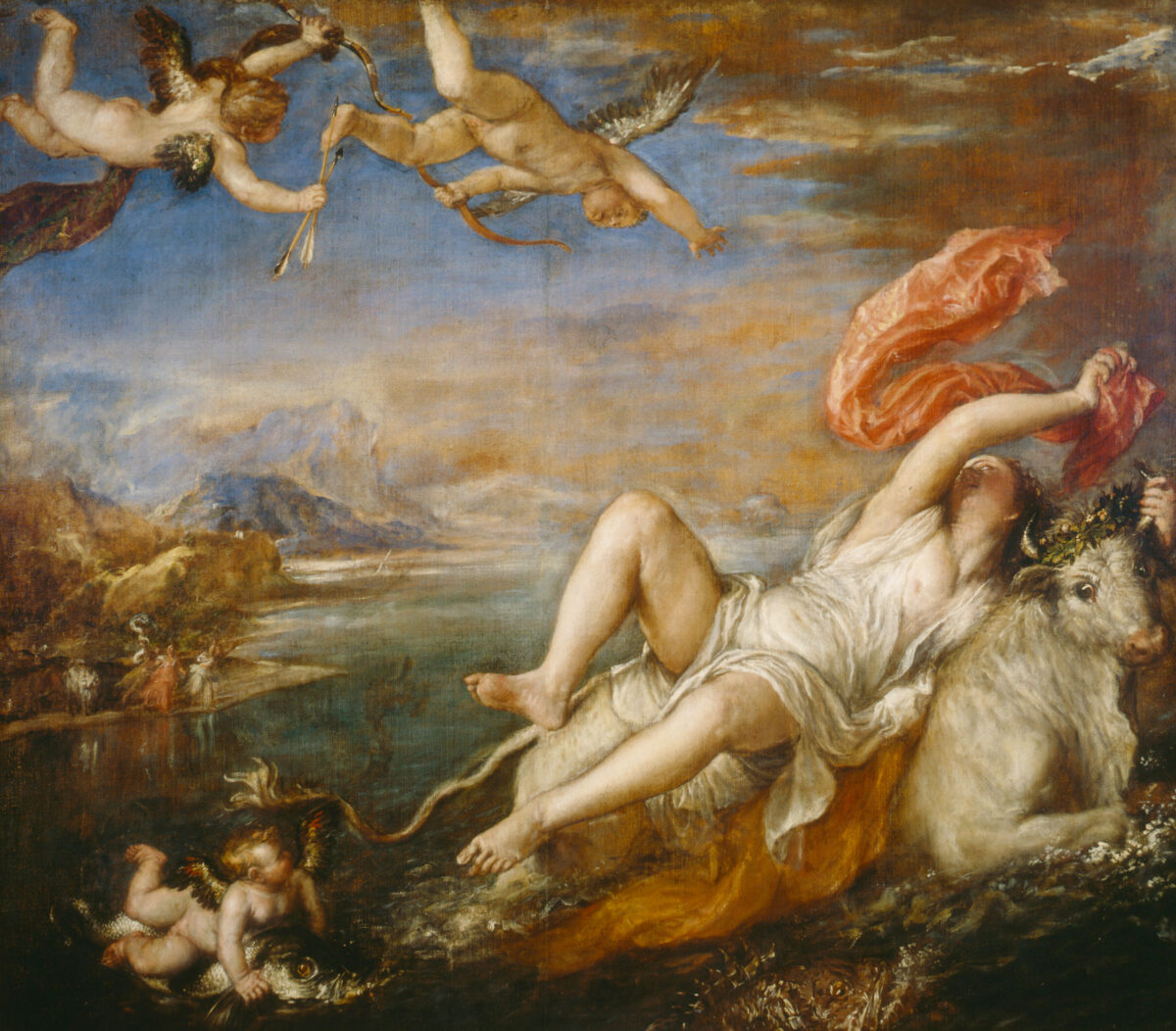 All of Titian’s “Poesie” series to be exhibited in Boston

At the Isabella Stewart Gardner Museum

“The artistic event of the year, probably of the decade” as written in the “Washington Post” is being mounted by the Isabella Stewart Gardner Museum in Boston for the first time. An Exhibition with only seven paintings from the 16th century to the present day: the six works from Tiziano Vecellio / Titian’s “Poesie” series plus a portrait of his patron.

Titian himself considered these works poetic inventions as they illustrate myths narrated by Ovid in the Metamorphoses. They were ordered by Philip II, future king of Spain, when Titian visited him in Augsburg, Germany, in the winter of 1550-51. The portrait of Philip is the seventh “Titian” on display at the Gardner Museum.

“These paintings are not just central in Titian’s career, but are transformational in the history of Western painting”, Nathaniel Silver, curator at the Gardner, told Artnet News. “Titian paints the “Poesie” in his 60s. He is at the peak of his accomplishments and he is working for his most enlightened and important patron”, Silver said. “They also track this moment in Titian’s technique where he is transitioning from a more linear ,harder edged contour to a much brushier, almost impressionistic way of painting”, he explained. “It took almost five centuries to bring the ‘Poesie’ together in one place. It really is the only opportunity to see them all the way Philip wanted”.

It was a huge task to bring together paintings from the National Gallery in London, the National Galleries of Scotland and the Museo Nacional del Prado in Madrid. Titian’s “The Rape of Europa” is the only work of the series on American soil and is owned by the Isabella Stewart Gardner Museum. The Boston Museum wanted to recognize that sexual violence against women is prominent in Ovid myths and to reconsider the stories portrayed by Titian from a female perspective. So it commissioned contemporary artists Barbara Kruger and the duo Mary Reid Kelly and Patrick Kelly to create works based on the theme that inspired the painter.

Barbara Kruger created “Body Language”, a banner hung on the museum’s facade, which depicts a small detail of the painting “Artemis and Aktaion”, where the hunter inadvertently reaches the spot where Artemis and the Nymphs are bathing. For their part, Mary Reid Kelly and Patrick Kelley made a short film entitled “The Rape of Europa”.

The exhibition “Titian: Women, Myth and Power” at the Isabella Stewart Gardner Museum closes on January 2, 2022.