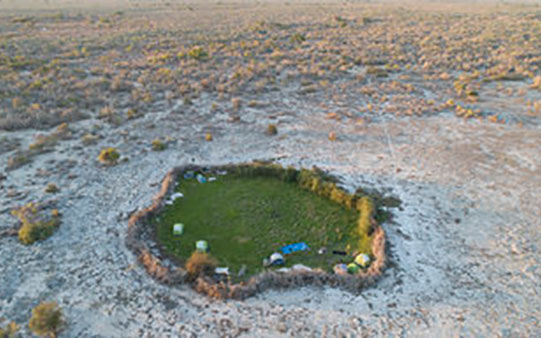 Hunting alone wasn’t the main cause

The demise of the dodo epitomizes humanity’s record as a destructive force on delicate island life. Likewise, on the island of Madagascar, gorilla-sized lemurs, 3-meter tall elephant birds, and pygmy hippos went the way of the dodo following the arrival of humans within the last millennia.

But the factors behind the disappearance of these animals are not as well-known as in the case of the dodo, and there is intense debate about what caused the extinction of megafauna the world over.

Now, a new study in Scientific Reports suggests that, while humans had a hand in the extinction of these creatures, hunting alone wasn’t the main cause. While past studies have reported the butchery of endemic animals at least 2,000 years ago, the present study correlates the disappearance of endemic megafauna around 1,000 years ago with a sharp increase in introduced species and human-driven landscape change.

To understand the disappearance of Madagascar’s large animals, Hixon et al. excavated three coastal ponds and a cave from the southwest of the island and radiocarbon dated the remains of extinct megafauna, introduced animals, and other signs of human activity.

The researchers found that Madagascar’s megafauna had endured several dry periods over the last 6,000 years, relocating as needed when local water resources were scarce. Signs of human activity, including modified bones and shells, began appearing within the past 2,000 years.

At around 1,000 years ago, however, the researchers identified a drastic increase in charcoal and the bones of domesticated species, such as zebu cattle and dogs. The timing of these human-caused changes corresponds with the disappearance of megafauna.

“Our results suggest that occupation and alteration of space, through the burning of forests for introduced grazing species, drove the extinction of large animals on the island, rather than the mere presence of hunters,” says Sean Hixon, lead author of the paper.

The article underscores that hunting isn’t the only way, or perhaps even the main way, that humans impact other species. In order to protect biodiversity, it is equally important to consider how human activities affect animal habitats and mobility.

The researchers hope that future studies will explore paleontological and archaeological deposits in other areas of the island to form a better understanding of when humans first arrived on Madagascar and how they interacted with their environment.