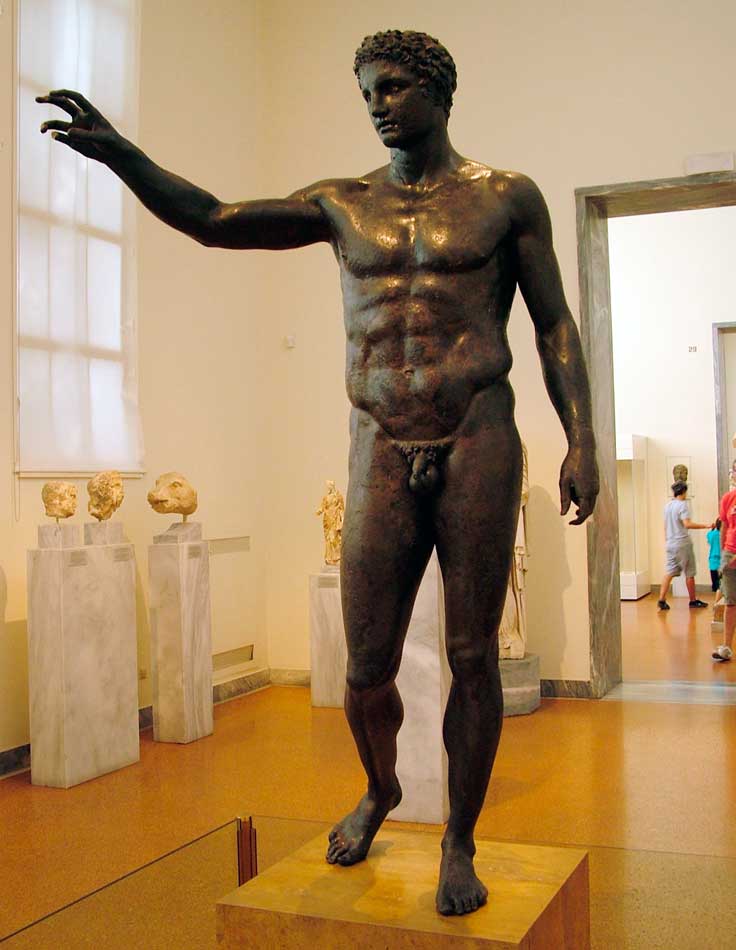 “The Antikythera Shipwreck” at the Airport

Passengers and airport visitors will have the opportunity of a first “encounter” with the temporary exhibition of the National Archaeological Museum, dedicated to the Antikythera Shipwreck.

The National Archaeological Museum exhibition “The Antikythera Shipwreck – The Ship, the Treasures, the Mechanism” – a brief presentation of which will be on display at the airport – showcases for the first time almost all the finds recovered from the famous shipwreck.

The wreck was found by sponge divers from the island of Symi. Its recovery was the first successful large scale archaeological underwater enterprise worldwide. The first phase (1900-1901) was undertaken by divers from Symi, assisted by the Greek Royal Navy under the guidance of Captain Dimitris Kontos. A second attempt was undertaken in 1976 by the Greek Archaeological Service, supported by Jacques-Yves Cousteau and the oceanographic ship Calypso. The finds date from the 4th to the 1st century BC. Bronze and marble sculpture, luxurious glass vessels, golden jewellery, a large amount of pottery and bronze couches formed part of the ship’s cargo. Amongst these, the famous “Antikythera Mechanism”, the earliest preserved portable astronomical and calendar calculator.

This cultural initiative is part of Athens International Airport’s “Art & Culture” programme, on which the airport company places special emphasis.