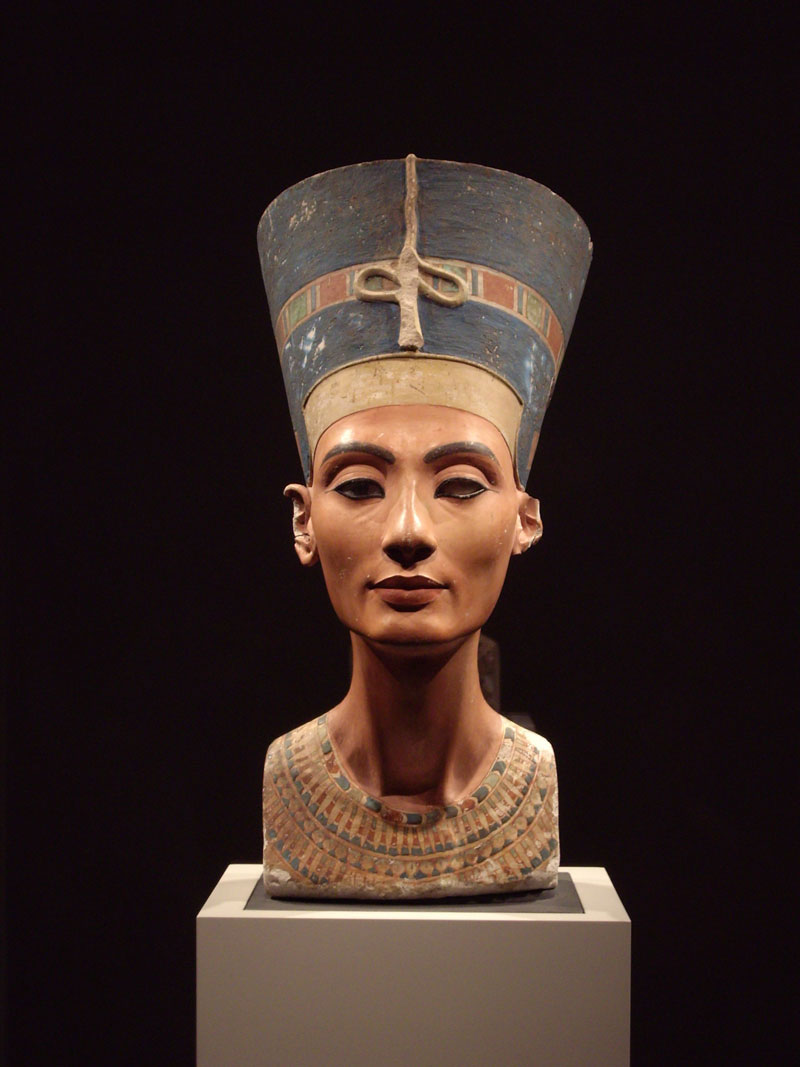 100 Years of the Find of Nefertiti

To mark the anniversary of the discovery of the bust of Nefertiti on 6 December 1912, the Egyptian Museum and Papyrus Collection will be presenting an extensive special exhibition on the Amarna period at the Neues Museum on Berlin’s Museum Island. The exhibition“In the Light of Amarna. 100 Years of the Find of Nefertiti” focuses on never-before-seen discoveries from the collections of the Berlin museums, supplemented by loans from other museums abroad, allowing Nefertiti’s time to be understood within its cultural-historical context. All aspects of this fascinating period are illuminated and explained in detail. Not only are the often-discussed topics of the period’s theology and art covered, but also everyday life in the city.

The name “Amarna” refers to the ruins of the ancient Egyptian city of Akhetaton, which today is known as Tell el-Amarna. This city was founded by Pharaoh Akhenaton (Amenhotep IV) in order to establish a new capital with places of worship for his own “religion of light”, whose sole deity was the god Aton. The city was built within three years and was populated in the year 1343 BC. At the beginning of the 20th century, extremely successful excavations took place there under the direction of Ludwig Borchardt, and the finds were shared between Cairo and Berlin.

The exhibition places the discovery of the bust of Nefertiti within the context of Borchardt’s excavations in 1912 and 1913, thus providing a deeper archaeological understanding of the excavations and the city of Akhetaton. Visitors can experience the Amarna period as a social, cultural-historical and religious phenomenon. The exhibition illuminates the context of the discovery of the bust of Nefertiti in the sculpture workshop of the ancient Egyptian artisan Thutmose, along with numerous related objects, including even the pigments and tools used by the sculptors. Along with the exhibition’s main focus on archaeology, it also critically examines the history of the depiction of the bust of Nefertiti both as an archaeological object and as a widely marketed ideal of beauty.

During the excavations in Amarna, between 7000 and 10,000 objects were discovered, 5000 of which are now located in Berlin. Most of them have not been restored or studied, even to this day. So far, those that have been exhibited have been a few key objects, such as the famous model heads made of stucco, as well as some sculptures. By contrast, this anniversary exhibition will offer a comprehensive overview of life during this fascinating period using objects from the collections of the Berlin museums. For example, ceramics, jewellery, inlays, fragments of statues and architectural elements will be painstakingly restored, and in some cases expanded upon using additions and models, offering visitors a deeper and more vivid understanding of the city, its buildings and its residents. The exhibition comprises approximately 400 objects, including 50 loans from museums such as the Metropolitan Museum of Art, the Louvre and the British Museum.