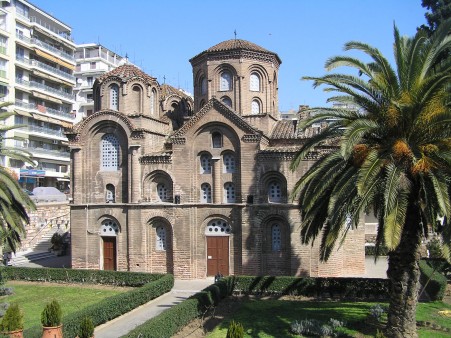 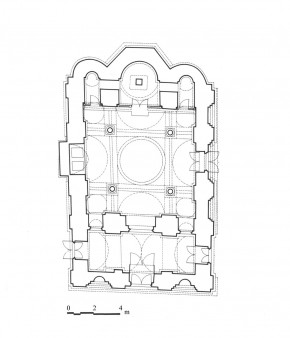 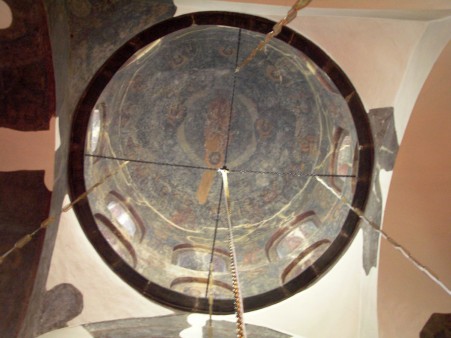 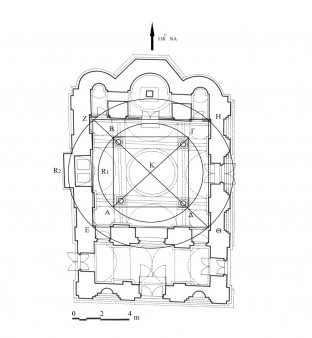 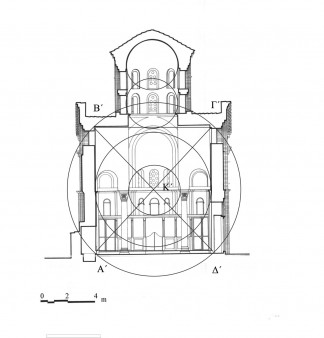 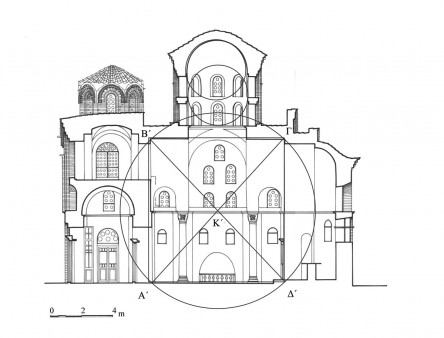 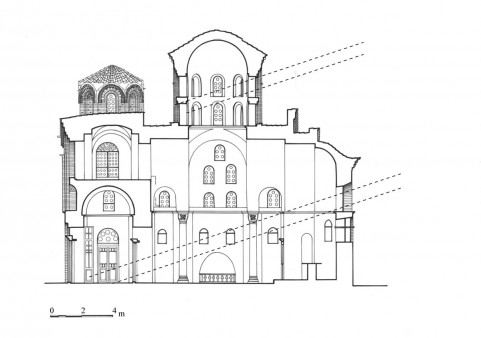 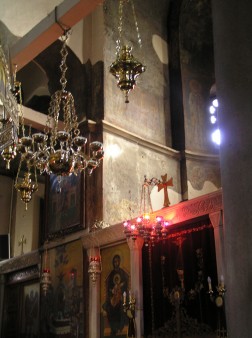 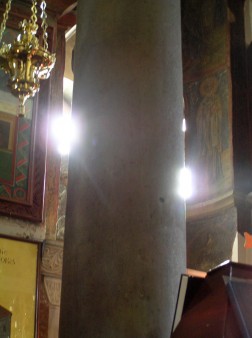 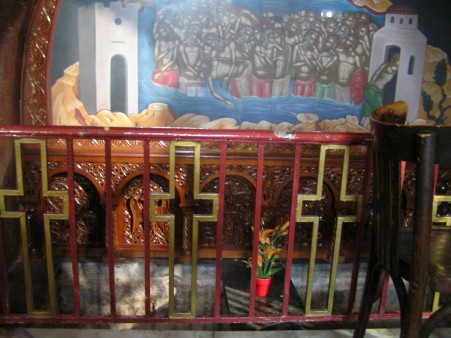 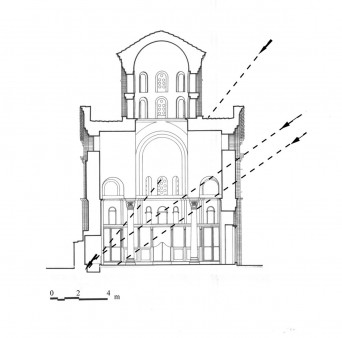 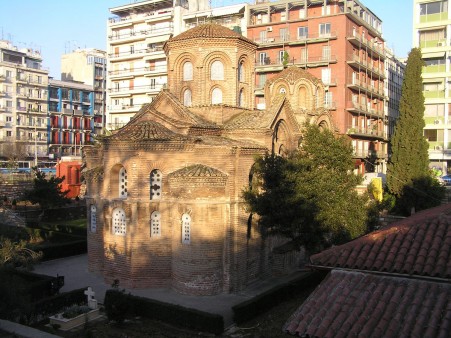 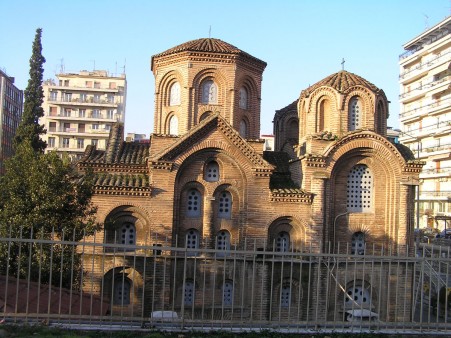 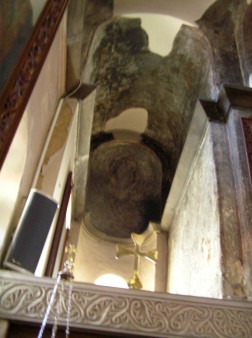 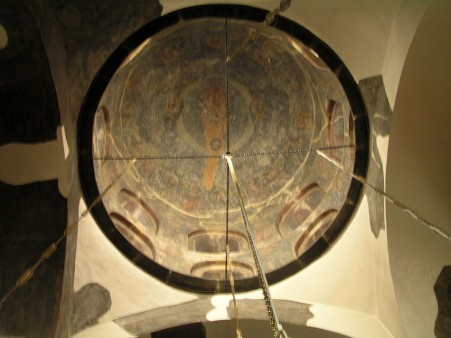 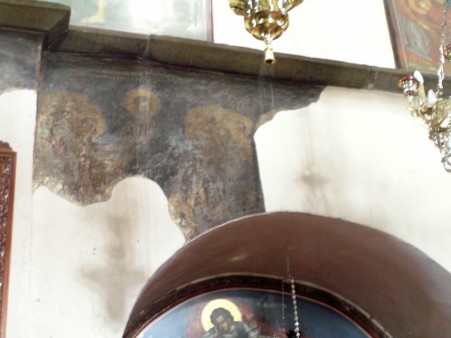 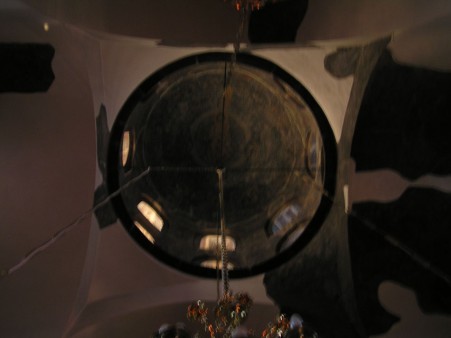 Architecture and the role of natural light in churches

7. The north side is not entirely vertical to the one on the west, but forms a 95° angle with it. The south corner forms an 85° angle with the west corner.
8. Τσιτουρίδου, ibid, pp. 9-10.
9. N. Γκιολές, Ο βυζαντινός τρούλλος και το εικονογραφικό του πρόβλημα (The Byzantine dome and its issues of iconography) , Αthens 1990, p. 138. Τ. Παπαμαστοράκης, Ο Διάκοσμος του τρούλου των ναών της Παλαιολόγειας περιόδου στη Βαλκανική χερσόνησο και την Κύπρο(Decoration of the dome in churches of the Palaiologian period in the Balkans and Cyprus), Αthens 2001, p. 64.
10. Ι. Ηλιάδης, Εικόνες φωτός (Ιmages of light), fig. 14, 15. The Pantokrator in the dome of the Vlatadon monastery and the Ascension of Christ in the church of Soteros Christou/Christ the Saviour in Thessaloniki are both inverted.

11. Τσιτουρίδου, ibid, pp. 26-27.
12. The columns do not form an exact square.
13. The dimensions are 9m (height) by 8,5m (width).
14. C.J. Dudley makes the same geometric analysis in his book
Canterbury Cathedral-Aspects of its Architectural Geometry and in Crafft of Ewclyde. The Sacramental Geometry of Peterborough Cathedral from 1100 to 1500.

15. The entrance of light into the church is facilitated by the shape of the windows. If, with an imaginary straight line, we extend the angle of the central arched window on the top row, as far as the west side, we then see that this line crosses the nave and intersects the floor on the doorstep of the royal doors at a 25° angle. The corresponding extension of the first row window reaches the doorstep of the nave’s main entrance at a 17°angle.
16. The lighting conditions are also verified by the church’s geometry. If we draw a right angled triangle with a horizontal vertical side corresponding to the church’s width(10m) and the other vertical side corresponding to the height from ground level (5m) of the axis of the lower windows of the cross antenna , then the triangle’s imaginary hypotenuse coincides with the trace of sun beams on the founder’s tomb.
17. The height of the sun needs to be almost 57° for rays of light to enter the dome’s windows and move towards certain points of the church floor. The sun has this angle in the summer between 11:00 and 13:00.During winter though the sun’s height does not exceed an angle of 25°-30° so upon their entrance the rays of light move towards the north side of the nave above the cornice. For the light to enter via the windows of the south antenna towards the founder’s tomb (azimuthio 210°), the sun’s height must be: a) 40° (the tallest window), b) 35° ( the middle windows) and c) 30° from the horizon( the low windows).
18. This is the result of the dome’s geometry. One does not observe these lighting conditions in the churches of the Palaiologian Renaissance in Thessaloniki.