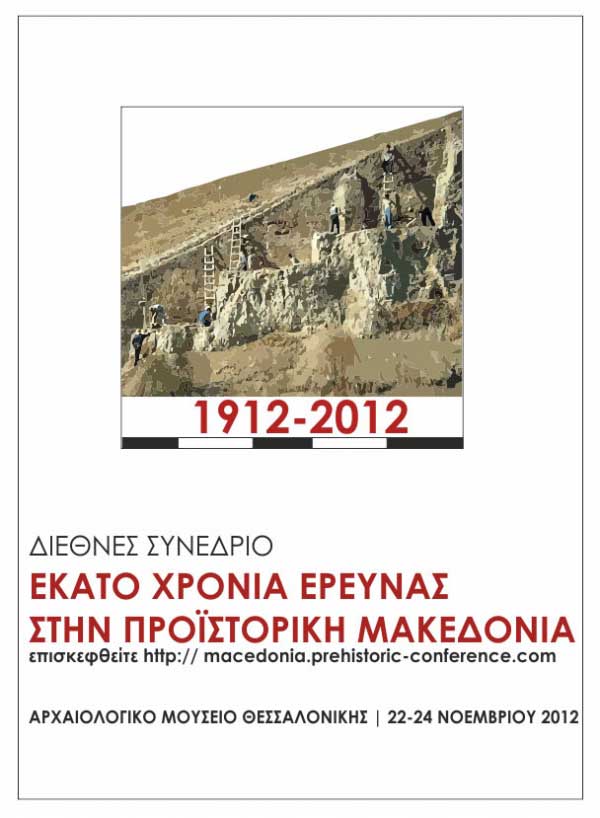 A Century of Research in Prehistoric Macedonia

“1912-2012 A Century of Research in Prehistoric Macedonia”. International Conference

Parallel Event:Thursday November 22, 2012 | 20:30
Opening of the temporary exhibition of the Archaeological Museum of Thessaloniki
«Archaeology behind the battle lines. Thessaloniki in the turbulent years (1912-1922)»
A reception will follow the opening.