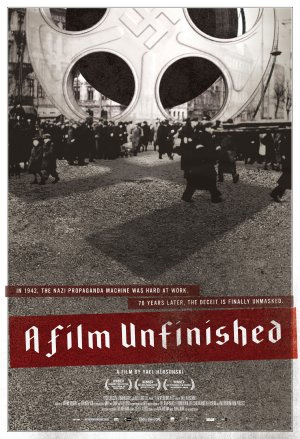 At the end of WWII, 60 minutes of raw film were discovered in an East German archive. Shot by the Nazis in Warsaw, in May 1942, it was labeled “Das Ghetto”. In 1998, another reel was discovered. The film presents the raw footage of this reel in its entirety. Without forcing conclusions, the director offers insight into how what we believe to be definitive is not always what it appears to be, carefully noting fictionalized sequences (including a staged dinner party) falsely showing “the good life” enjoyed by Jewish urbanites, and probes deep into the making of a now-infamous Nazi propaganda film.

A Film Unfinished is a film of enormous import, documenting some of the worst horrors of our time and exposing the efforts of its perpetrators to propel their agenda and cast it in a favorable light.

The film will be presented at the French Institute of Athens, on January 23, on the occasion of the International Holocaust Remembrance Day (January 27).

Event organized by the Embassy of Isral, Goethe Institut Athen and Cool Culture.

With the Support of the Embassy of Israel