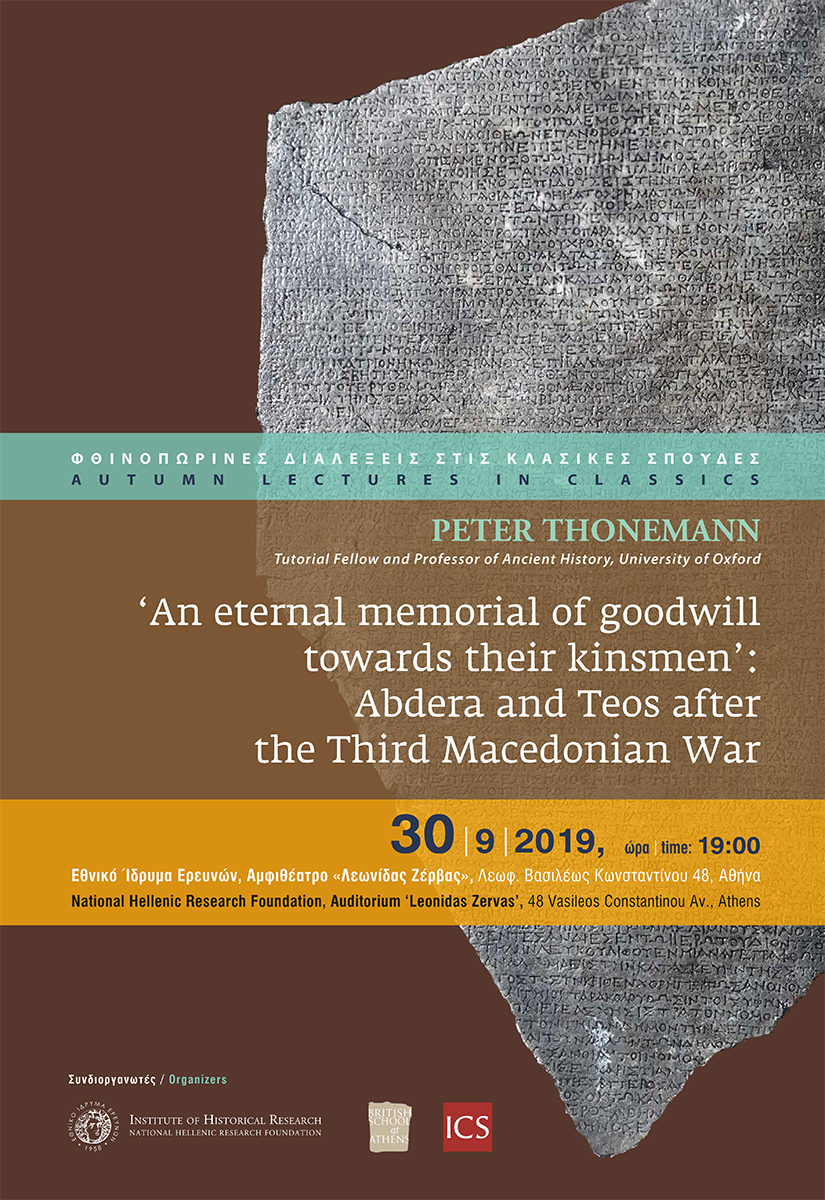 Website
One of the most extraordinary ancient Greek inscriptions ever discovered was unearthed in 2017 at the excavations of the Ionian city of Teos in Asia Minor. The inscription will be presented in public for the first time at this event.
23 09 '19 13:01

Abdera and Teos after the Third Macedonian War

Peter Thonemann (Tutorial Fellow and Professor of Ancient History, University of Oxford) will address the topic:

‘An eternal memorial of goodwill towards their kinsmen’: Abdera and Teos after the Third Macedonian War.

One of the most extraordinary ancient Greek inscriptions ever discovered was unearthed in 2017 at the excavations of the Ionian city of Teos in Asia Minor. It records, in thrilling and moving detail, the assistance provided by the Teians in the repopulation and rebuilding of their daughter-city, Abdera in Thrace, after its sack by the Romans in 170 BC. Four centuries after the Teian foundation of Abdera, the affection between the two cities remained undimmed; at the midnight of Abdera’s history, the Teians responded to her call for help. The new text is startling testimony to the ancestral friendship- and support-networks that existed between Greek poleis in the Hellenistic world. The inscription will be presented in public for the first time at this event.

Peter Thonemann teaches ancient Greek history at Wadham College, Oxford. He is the author of The Maeander Valley: A Historical Geography from Antiquity to Byzantium (2011), The Hellenistic World: Using Coins as Sources (2015), and The Hellenistic Age (2016).