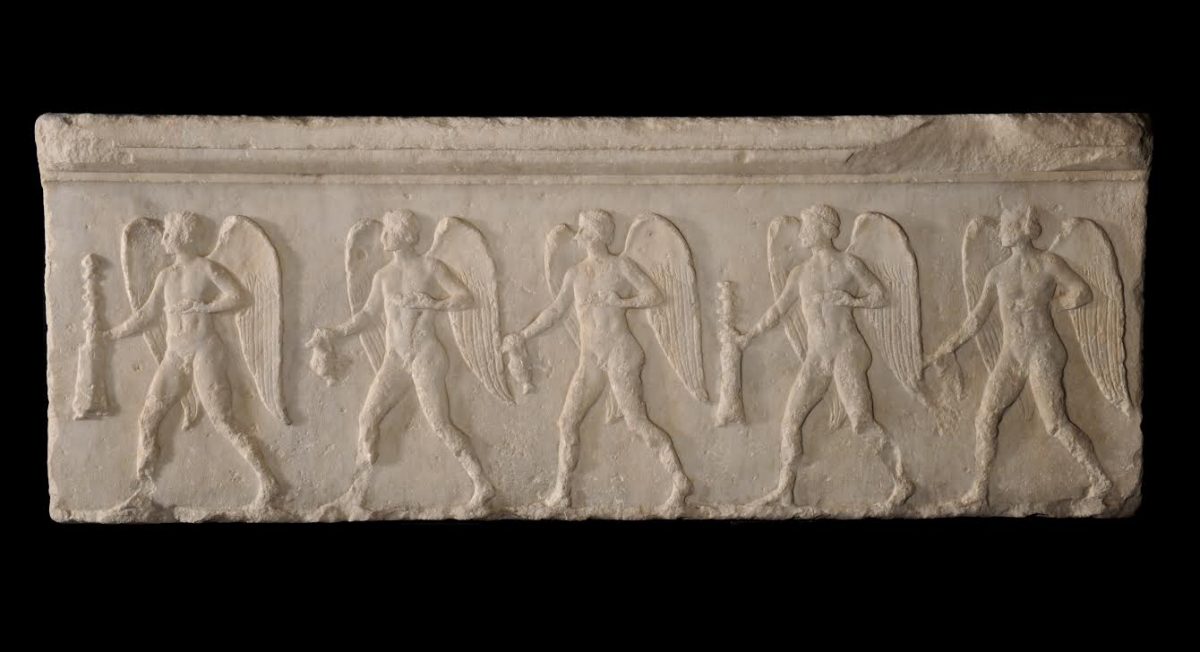 Website
Relief associated with the cave of Eros and Aphrodite on the northern slope of the Acropolis, Hellenistic period.
14 06 '17 09:31

On Tuesday 20 June 2017, the Acropolis Museum’s opening anniversary, eight years of operation are completed during which the Museum received over eleven million local and international visitors that passed through its doors and enjoyed its exhibits. The Museum publicly expresses its thanks to all of them.

On this day, the Museum will celebrate its 8th birthday with the presentation of a video about the Acropolis caves and the findings from these caves, at the Museum ground floor.

At 9pm, the Orchestra of the Center of Arts & Culture of Dion will perform favorite Greek songs in the Museum’s entrance courtyard. The performance will be led by the conductor Nikos Patris. Soloists will be Vassilis Lekkas, Alexandra Gravas, Babis Velissarios and Filio Servou.

The Museum exhibition areas and the restaurant will be open from the morning until midnight and entry will be free from 8pm onwards.