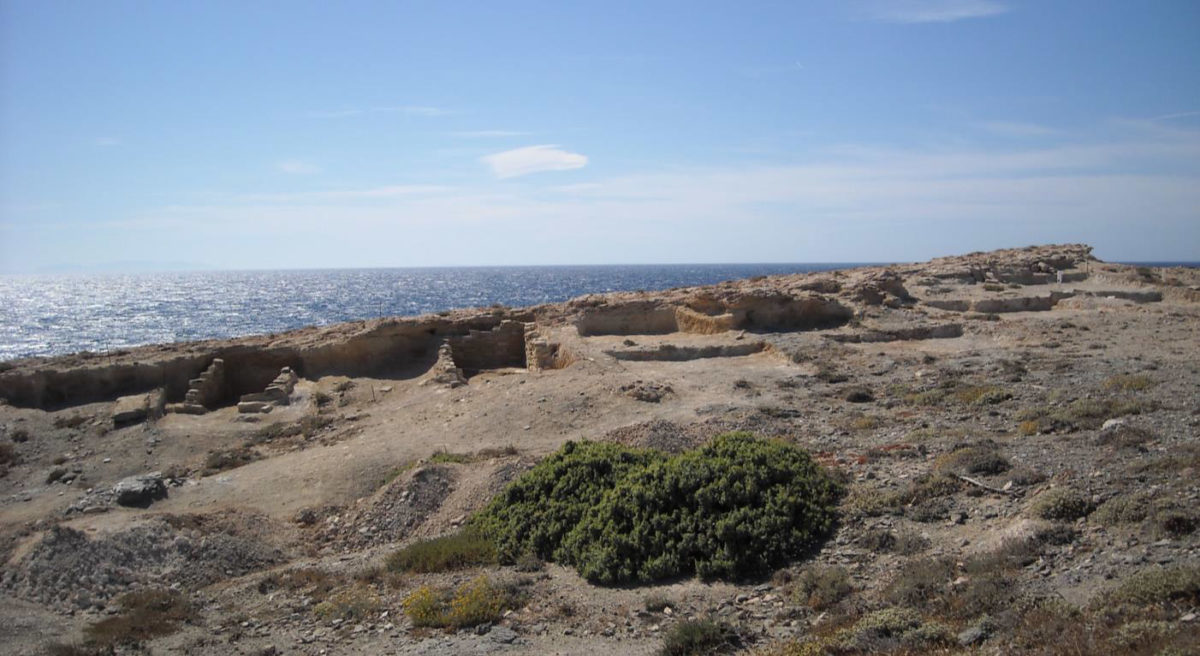 Antiparos: from the Early Cycladic cemetery at Krassades to the Middle Cycladic/Late Cycladic I site at Agriokastro

Dr Zozi Papadopoulou (Head of the Department of Prehistoric and Classical Antiquities, and Museums of the Ephorate for the Cyclades) will address the topic “Antiparos: from the Early Cycladic cemetery at Krassades to the Middle Cycladic/Late Cycladic I site at Agriokastro”.

In recent investigations by the Ephoria of Antiquities for the Cyclades, the Krassades site was relocated and a cluster of graves, some undisturbed, were explored. They are cist-graves with tomb markers (where they have survived). A large grave of a young woman, buried with special care and furnished with a vessel containing 715 stone beads, is among them. Of particular interest is also a circular shaft construction with a monumental marker crowned by a large stone; it has finds associated with Cycladic ritual practices from the beginning of the Early Bronze Age. The form and dimensions of the structure indicate its special significance (perhaps serving as the marker for the whole cemetery or indicating a ritual deposit).

Further west of the Krassades cemetery, on the slope above the cemetery, wall remains among rocky outcrops and prehistoric pottery, obsidian and stone tools are visible, indicating the existence of a settlement probably associated with the cemetery. It is particularly interesting that metallurgical remains (slags, litharge, lead-bearing iron and copper minerals) were identified as surface finds in the same area, suggesting metallurgical activities on the site.

A second important prehistoric site was identified at the northwestern tip of the island. Τhe building remains of a settlement, which, as the surface pottery shows, flourished during the late Middle Cycladic and Late Cycladic I period, extend over Agriokastro, a rocky cape north of Sifneikos Gialos.

Southwest of the settlement, the associated cemetery was located. A limited rescue excavation was carried out there. Two large built chamber tombs, unique in the Cycladic area to date, and two small circular built tombs were recovered. The finds of the excavation ‒ especially those of the built chamber tombs ‒ are particularly rich and demarcate areas related to burial practices and to ceramic production and other technologies of the first centuries of the 2nd millennium BC. Of particular interest are the Middle Cycladic bichrome beaked jugs and nippled ewers, some of which are locally made, while others are imported. As the preliminary surveys have shown, local pottery (of Cycladic tradition and Minoanising) is the most abundant group, and there are also imports from Mainland Greece, Crete and the other Cyclades.

The finds of Krassades and Agriokastro, in combination with the preliminary data on metallurgical activities, suggest that the Antiparos communities participated dynamically in the trade and cultural network of contacts and exchanges in the prehistoric Aegean.