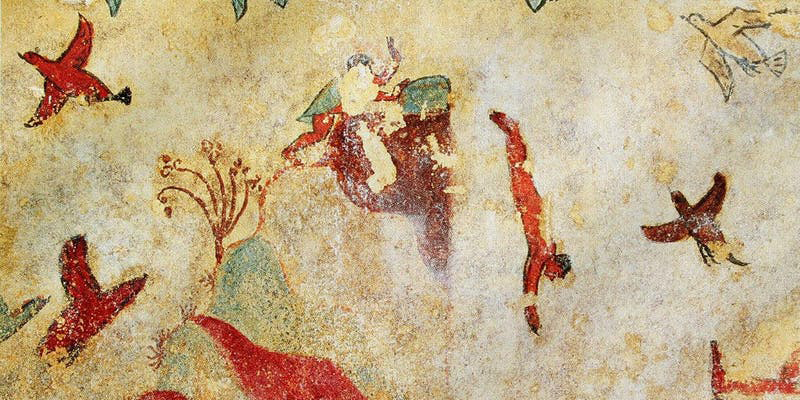 Ιστοσελίδα
with rising trends in populism and nationalism across Europe, how does the pre-Roman archaeological heritage feature in local claims to autonomy and regionalism, in Italy and beyond?
17 04 '18 10:09

“Archaeology and Localisms” with Andrea Pessina and Mark Pearce.
Moderated by Corinna Riva.

Archaeology Talks is a series of dialogues aimed at considering archaeology as an original perspective from which we can look at the social, economic and cultural complexities of our society. Distinguished Italian and British archaeologists will talk about the traces of our past and its heritage and how we can approach them today, thus offering a deep-time view of our era and, vice-versa, a contemporary view on the mechanisms that shaped our history.

The second talk explores the issues of “localisms”: with rising trends in populism and nationalism across Europe, how does the pre-Roman archaeological heritage feature in local claims to autonomy and regionalism, in Italy and beyond?

Andrea Pessina is Head of the Soprintendenza Archeologia, Belle Arti e Paesaggio of the city of Florence and the provinces of Pistoia and Prato. Among his main research interests: the origin of Neolithic in Western Mediterranean and the use of archaeology for political purposes in the Mediterranean in the first half of the 20th century. He is the author of several publications about Prehistory in Italy and the Mediterranean.

Mark Pearce is Professor of Mediterranean Prehistory at the University of Nottingham. His research is largely focused on the western Mediterranean, in particular Italy, and mainly deals with early mining and metallurgy, the spread of the Neolithic, as well as Bronze Age and Iron Age northern Italy and the History and Theory of Archaeology. Among his recent publications: Rethinking the north Italian early Neolithic. Accordia Research Institute, University of London.

Corinna Riva is Senior Lecturer in Mediterranean Archaeology at UCL, specialised in East-West interaction and comparative archaeology of Iron Age and 1st-millennium BC Italy and Mediterranean. Among her publications: The urbanisation of Etruria: funerary ritual and social change, 700-600 BC. New York: Cambridge University Press.