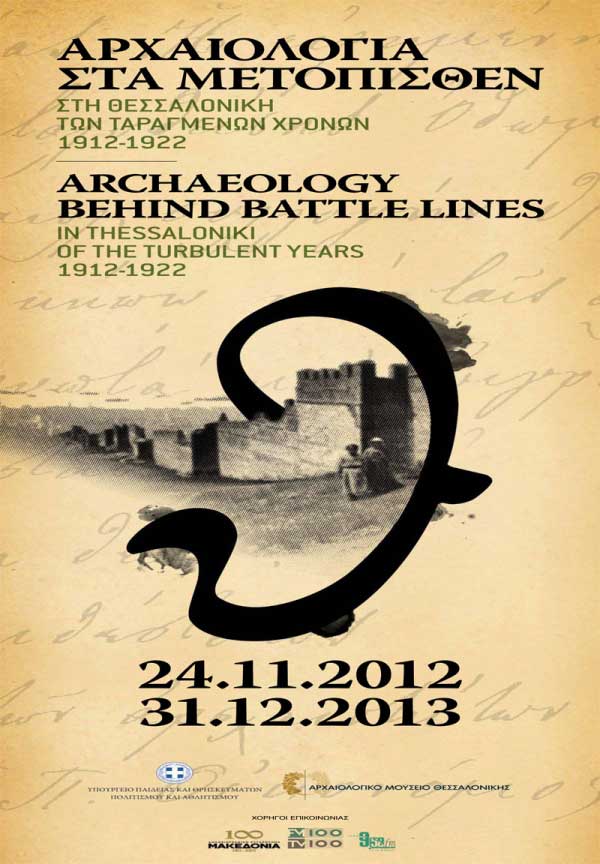 Archaeology behind the battle lines

“Archaeology behind the battle lines: Thessaloniki in the turbulent years (1912-1922)”

The exhibition charts the archaeological activity in the decade after Thessaloniki became part of Greece, a period marked by an extraordinary internationalism as a result of the population movements caused by the shifting of national borders and the troop movements which accompanied the First World War. A group of international speakers will consider the place of archaeology and archaeologists in these political and military developments, the discoveries of the Army of the Orient, and their impact on the archaeological study of the region. The resulting collections of antiquities are now held in Thessaloniki, London, Paris, Edinburgh and Oxford, and their associated publications remain influential. Scholars such as Ernest Gardner, Eustratios Pelekides and Leon Rey helped to lay the foundations for the work of subsequent generations of scholars. With the centenary of the Salonika Campaign approaching, it is time to revisit the sites and objects uncovered during this turbulent period and look back at a century of research.

This symposium builds on the Archaeological Museum of Thessaloniki’s exhibition