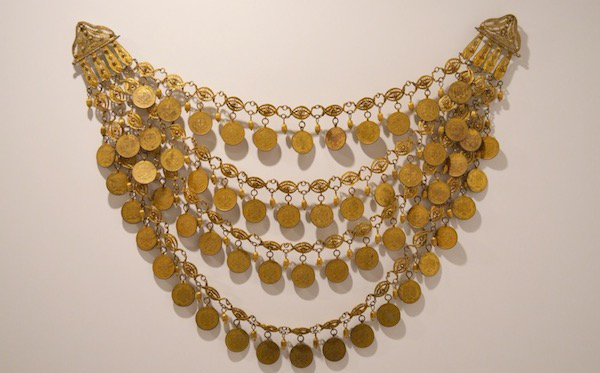 The Art of Adornment: Greek Jewellery of the 17th-19th c from the Benaki Museum Collections

The exhibition focuses on jewellery in Post-Byzantine Greece, where it served as a major creative field. It covers a broad range of styles and offers visitors an overview of elements of post-Byzantine Greek ornamentation. The exhibits reflect the mature processes that took place in Greece from the 15th century forward, where elements from the European West and the Islamic East were absorbed creatively.

Furthermore, they reveal a different concept of decorating the body and highlight the key role jewellery played in everyday life in Greek rural communities of the 17th-19th c. The exhibition includes 90 select pieces of jewellery, dating from the 17th to the 19th century, grouped according to their provenance and the techniques utilised in their making, as well as a number of archive photos of the late 19th-early 20th c, showing these pieces in use in different parts of Greece.