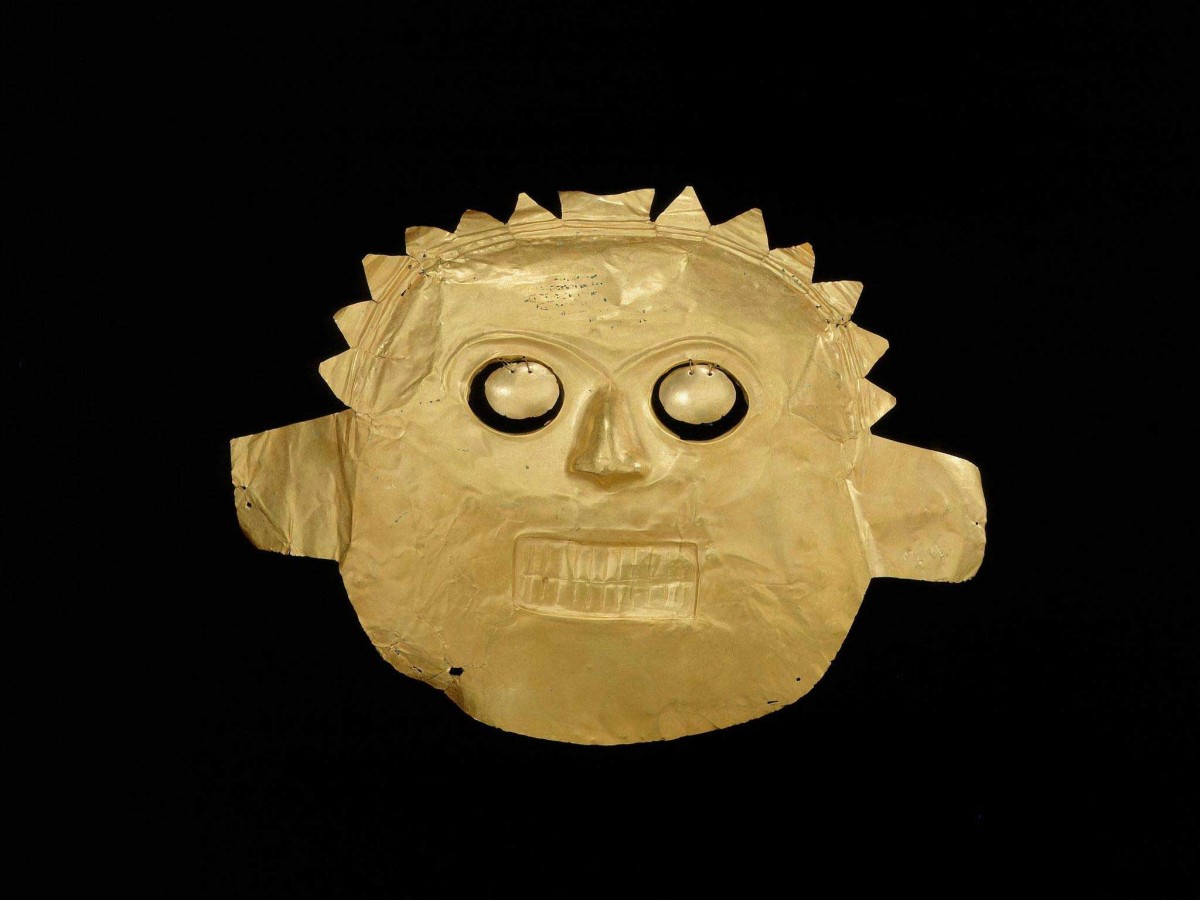 An exhibition exploring the rich and diverse cultures of Colombia before the 16th-century arrival of the Spanish opens at the British Museum on October 17, 2013.

For centuries Europeans were dazzled by the legend of a lost city of gold in South America. The truth behind this myth is even more fascinating. El Dorado – literally “the golden one” – actually refers to the ritual that took place at Lake Guatavita, near modern Bogotá. The newly elected leader, covered in powdered gold, dived into the lake and emerged as the new chief of the Muisca people who lived in the central highlands of present-day Colombia’s Eastern Range. This stunning exhibition, sponsored by Julius Baer, will display some of the fascinating objects excavated from the lake in the early 20th century including ceramics and stone necklaces.

In ancient Colombia gold was used to fashion some of the most visually dramatic and sophisticated works of art found anywhere in the Americas before European contact. This exhibition will feature over 300 exquisite objects drawn from the Museo del Oro in Bogotá, one of the best and most extensive collections of Pre-Hispanic gold in the world, as well as from the British Museum’s own unique collections. Through these exceptional objects the exhibition will explore the complex network of societies in ancient Colombia – a hidden world of distinct and vibrant cultures spanning 1600 BC to AD 1700 – with particular focus on the Muisca, Quimbaya, Calima, Tairona, Tolima and Zenú chiefdoms. This important but little understood subject will be explored in this unique exhibition following on from shows in Room 35 such as Ice Age art: arrival of the modern mind, Grayson Perry: Tomb of the Unknown Craftsman, Afghanistan: Crossroads of the Ancient World and Kingdom of Ife: sculptures from West Africa in shining a light on world cultures through their craftsmanship.

Although gold was not valued as currency in pre-Hispanic Colombia, it had great symbolic meaning. It was one way the elite could publicly assert their rank and semi-divine status, both in life and in death. The remarkable objects displayed across the exhibition reveal glimpses of these cultures’ spiritual lives including engagement with animal spirits though the use of gold objects, music, dancing, sunlight and hallucinogenic substances that all lead to a physical and spiritual transformation enabling communication with the supernatural. Animal iconography is used to express this transformation in powerful pieces demonstrating a wide range of imaginative works of art, showcasing avian pectorals, necklaces with feline claws or representations of men transforming into spectacular bats though the use of profuse body adornment.

The exhibition will further explore the sophisticated gold working techniques, including the use of tumbaga, an alloy composed of gold and copper, used in the crafting the most spectacular masterworks of ancient Colombia. Extraordinary poporos (lime powder containers) showcase the technical skills achieved both in the casting and hammering techniques of metals by ancient Colombian artists. Other fascinating objects will include an exceptional painted Muisca textile and one of the few San Agustín stone sculptures held outside Colombia. Those, together with spectacular large scale gold masks and other materials were part of the objects that accompanied funerary rituals in ancient Colombia.

Neil MacGregor, director of the British Museum said “Ancient Colombia has long represented a great fascination to the outside world and yet there is very little understood about these unique and varied cultures. As part of the Museum’s series of exhibitions that shine a light on little known and complex ancient societies this exhibition will give our visitors a glimpse into these fascinating cultures of pre-hispanic South America and a chance to explore the legend of El Dorado through these stunning objects.”

An accompanying publication is available from October 2013 by British Museum Press: Beyond El Dorado: power and gold in ancient Colombia, by Elisenda Vila Llonch. A beautiful illustrated book looks at the use of gold object by chiefs and spiritual leaders showing the importance of gold in marking status, identity and communication with the divine though physical and spiritual transformation.