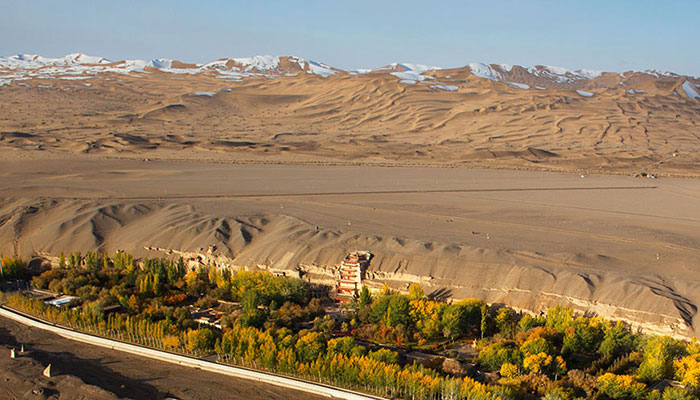 For more than twenty-five years the Getty Conservation Institute (GCI) has collaborated with the Dunhuang Academy to preserve the Mogao Grottoes, a UNESCO World Heritage site. Neville Agnew, GCI principal project specialist, will provide an overview of this partnership and describe the wide spectrum of activities that were undertaken, including scientific research into causes of deterioration of walls paintings; control of sand migration from the Mingsha Shan—Dunes of the Singing Sands; drafting of a master plan for conservation and management of the site; and implementation of wall paintings conservation in the Late Tang dynasty Cave 85.

Neville Agnew has led or participated in many of the Getty Conservation Institute’s projects and is the author of numerous publications in research chemistry and conservation. He has served on the editorial board of Conservation and Management of Archaeological Sites and on the board of the National Center for Preservation Technology and Training. His association with conservation in China has resulted in a number of awards: the Friendship Award of the State Council in 2000, the International Scientific and Technological Cooperation Award of the PRC in 2005, and awards from Gansu province and the Dunhuang Academy. Agnew holds a PhD in chemistry from the University of Natal in South Africa.