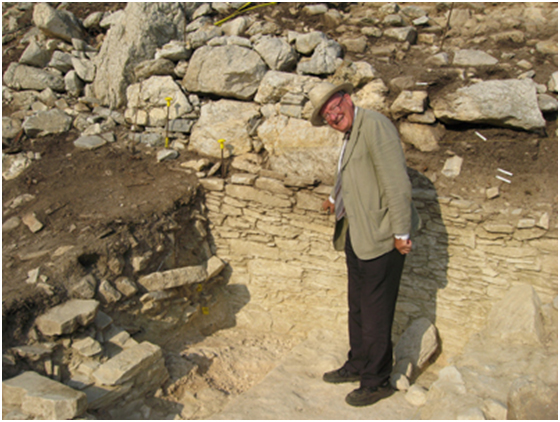 Professor Colin Renfrew will give a lecture on “The Early Cycladic settlement at Dhaskalio, Keros and the sanctuary at Kavos in the light of the 2006 to 2008 excavations: Deciphering a mystery.”

The excavations at both Kavos and Dhaskalio in 2006 to 2008 have revealed clear evidence for a pan-Cycladic sanctuary at Kavos in the Εarly Βronze Αge and a major settlement on Dhaskalio (fig. 1). Together they document what appears to be the first regional ritual centre of the Aegean, perhaps the first maritime ritual centre in the world. Is it now possible to speak of a Confederacy of Keros, which flourished in the Cyclades in the later third millennium BC?