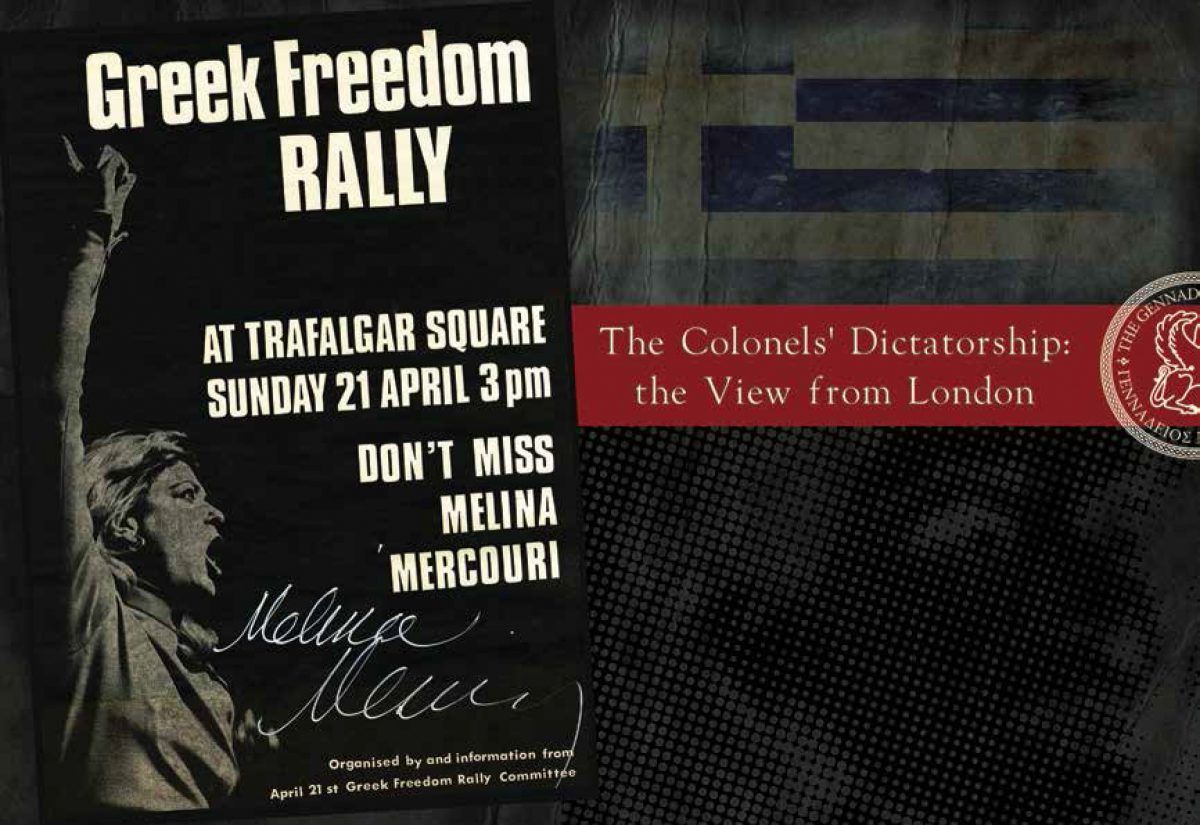 The Colonels’ Dictatorship: the View from London

Richard Clogg (Emeritus Fellow of St Antony’s College, Oxford; Former Professor of Modern Balkan History, University of London) will talk on ‘The Colonel’s Dictatorship: the View from London’. This is the Thirty-Sixth Annual Lecture in Honor of Francis R. Walton.

The Colonels’ coup of the 21 April 1967, the first instance of military intervention in post war Europe, aroused a storm of protest in Europe, North America and elsewhere. Apologists for military rule in Greece complained of the difficulties they had in countering the vociferous anti-Colonel propaganda campaign that soon got under way. Public opinion in Britain, a country with a long tradition of involvement in Greek affairs dating back to the war for independence in the 1820s, was generally hostile to the “Revolution of 21 April 1967”. This lecture describes the development of the campaign against the dictatorship and the ways in which opposition to the regime manifested itself. It also considers whether this hostility may have influenced government policy.

Richard Clogg is an Emeritus Fellow of St Antony’s College, Oxford. He previously taught at the School of Slavonic and East European Studies and King’s College of the University of London, where, latterly, he was Professor of Modern Balkan History. He has written widely on Greek history and politics. Publications include A Concise History of Greece (Cambridge University Press, 3rd edition 2014), which has been translated into thirteen languages, including Chinese, Japanese and all the languages of the Balkans. Among other publications are Politics and the Academy: Arnold Toynbee and the Koraes Chair (Cass 1986); Parties and Elections in Greece (Hurst 1987) and Anatolica: Studies in the Greek East in the Eighteenth and Nineteenth Centuries (Variorum 1996). His Greek to Me: A Memoir of Academic Life is due to be published in 2017.