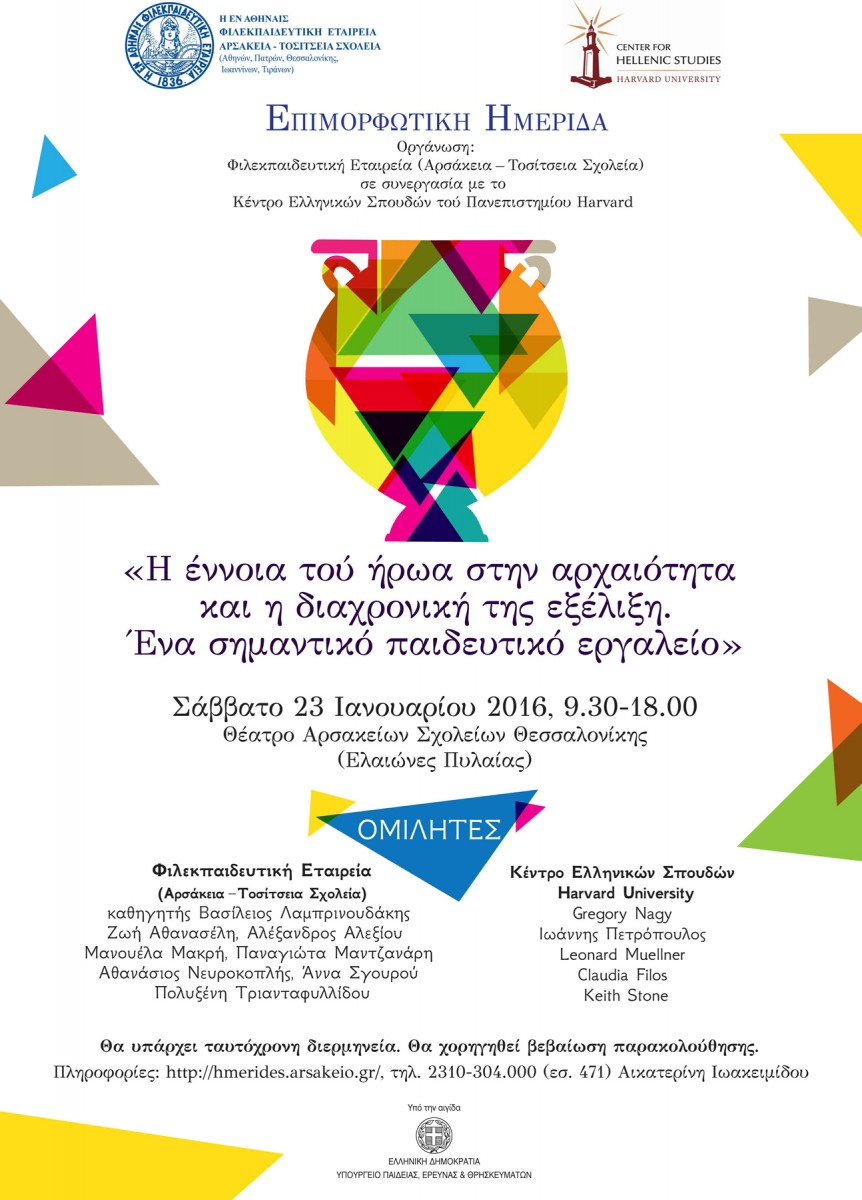 The concept of the hero in antiquity

The Center for Hellenic Studies and the Society for the Promotion of Education and Learning, as part of their continuing collaboration, are co-organizing an educational workshop in Thessaloniki entitled “The concept of the hero in antiquity and its diachronic evolution. An important educational tool”. The event will take place on Saturday, January 23, from 9:30 a.m. to 6:00 p.m. EET, at the Arsakeia Schools of Thessaloniki and will be open to the public.

The presentations of the Center for Hellenic Studies will focus on Diachronic and Synchronic Approaches to the Hero at Harvard and other universities. Speakers will include Professors Gregory Nagy, Ioannis Petropoulos, Leonard Muellner, Claudia Filos and Keith Stone. They will be sharing the results of their work at Harvard and other universities.

Educators from the Arsakeia-Tositseia Schools will present ways of using the diachronic concept of the hero in the classroom.

Diachronic and Synchronic Views of the Hero at Harvard—and Beyond

Professor Gregory Nagy (Harvard University) and a team of CHS researchers share their work on ancient Greek heroes at Harvard and beyond. For over four decades, Professor Nagy has been helping new readers connect with concepts of the ancient Greek hero, using ancient and modern resources. Together with a team of CHS educators, Nagy has introduced over 10,000 Harvard college students and tens of thousands of HeroesX participants to “the art of slow reading” the verbal and visual masterpieces of ancient Greece. In this session, the CHS team will dialogue about a variety of topics including the primary characteristics of the ancient Greek hero, the use of digital tools and platforms to support learning and research, and their latest efforts to develop content, conversation, and community.

Here you can find the full program of the event in Greek. There will be simultaneous translation during the event. 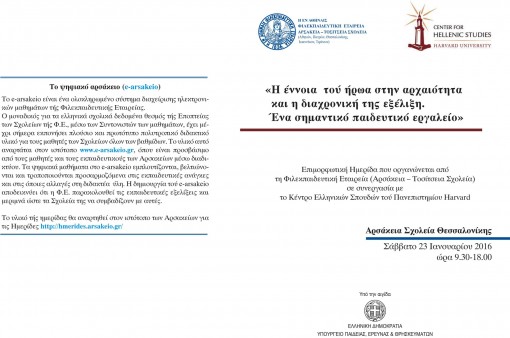