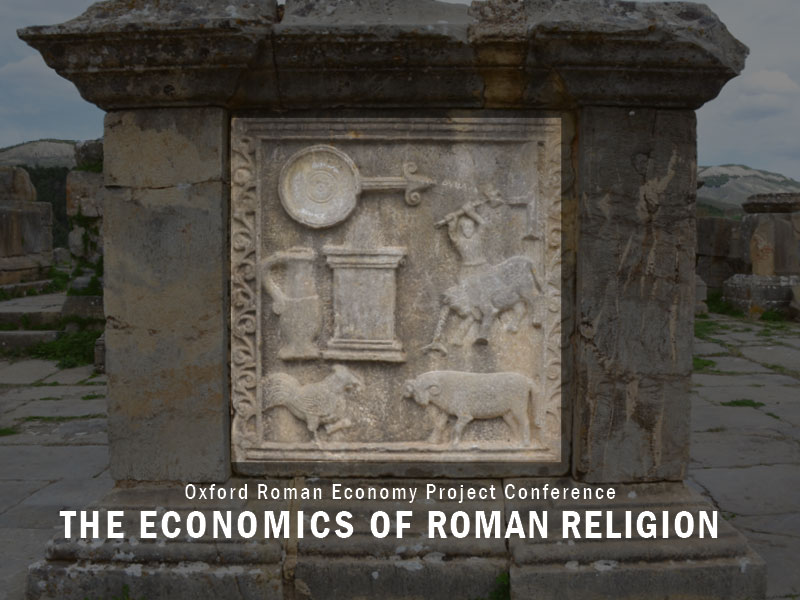 The Economics of Roman Religion

From institutions to individuals, religion shaped the Roman economy. Temples served as treasuries and banks, and priesthoods came with political power. The expansion of Roman religion transformed economies throughout the Empire, impacting established institutions and creating new centres of sacred consumption and production. Roman religion mobilised vast quantities of wealth and resources, but tensions between traditional piety and financial expenditure remained. This dynamic interplay between religion and the economy created a complex system that has hitherto received little attention.

This OxREP conference will bring together an international body of scholars to discuss the economic role of religion in the Roman world. A variety of historical and archaeological approaches will explore the subject throughout the Republican and Imperial periods. Through examination of the function of religious institutions, the role of priests and patrons, and the provincial impact of Roman religion, this meeting aims to better understand the nature and extent of religion’s influence on the economy and how it changed with the growth of the Empire.

The event will be held at the Ioannou Centre for Classical and Byzantine Studies in Oxford. The two-day programme will consist of four sessions of 45-minute papers. Each paper will be followed by 15 minutes of discussion.