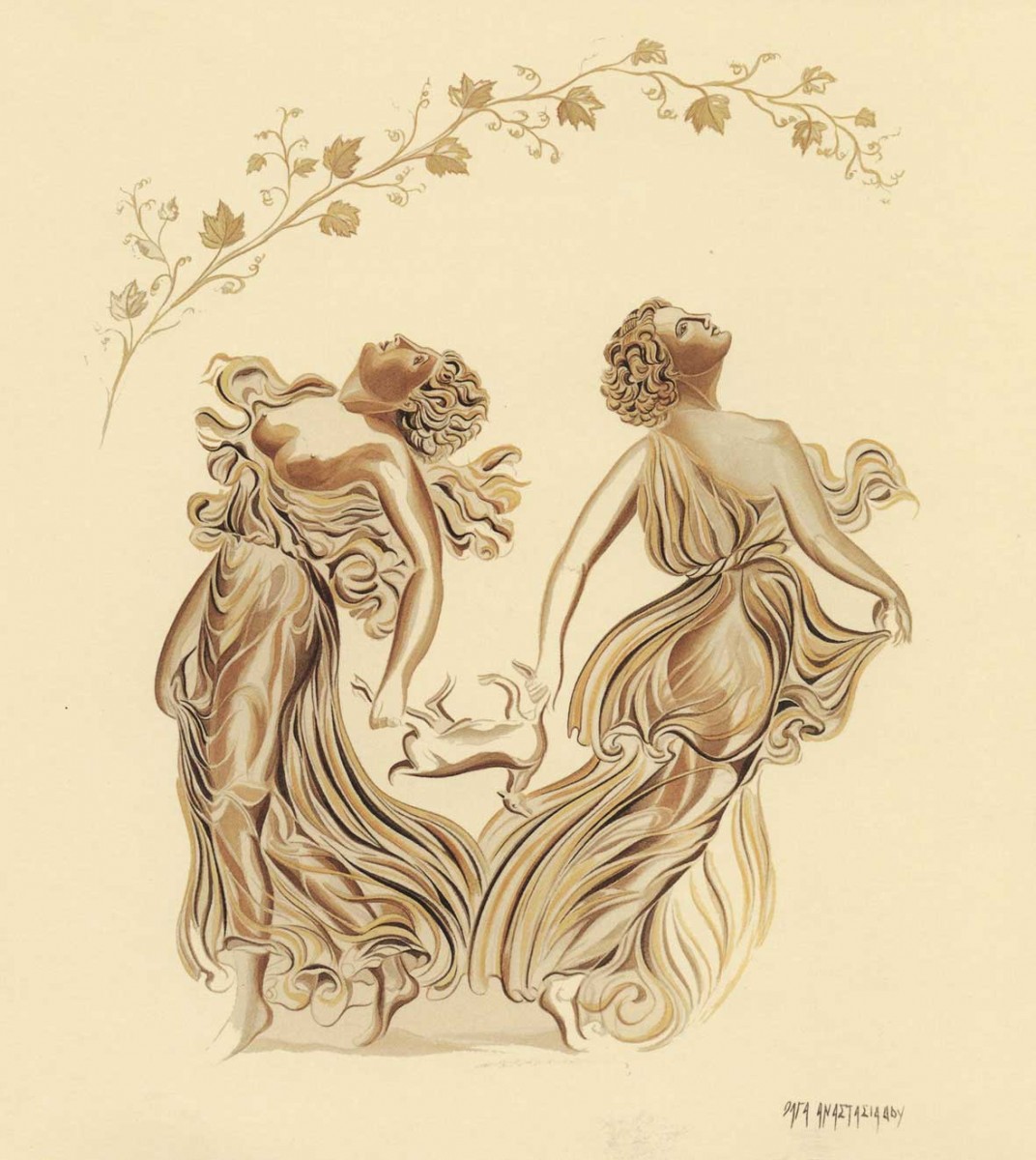 On the 10th of September 2012 in the Inner Atrium of the National Archaeological Museum will be inaugurated an exhibition of works by the artist Olga Anastasiadou, titled “endless Time”.

Thirty-eight watercolour paintings will be on display, all inspired by themes of the Greek Antiquity, the Neolithic micro-world, the Creto-mycenaean wall paintings and seals, classical vase-paintings, wonderful metal works and gold jewelry, monumental sculpture. The painter uses her personal style based on the art of drawing, which defines the structure of the theme, livened by the technique of aquarelle. Her works focus on the human being and the female figure, in particular. Maidens, Maenads, goddesses, Victories, as well as athletes and hunters are some of the figures depicted with the simplicity of the ancient ideal of measure, balance and symmetry.

The final composition, freed from the ancient prototypes of inspiration, has the feeling of a modern as much as diachronic realistic work of art, aspiring at the same time a certain magical air of idealism and romanticism.

This is the contribution of Olga Anastasiadou’s work to our era: to underline the presence and the position of man, as it ought, in the course of endless time; to recall the need for classical balance and symmetry, optimism and love, as integral values for mankind’s ‘well-being’, so neglected nowadays. The presentation of her work in the inner atrium of the National Archaeological Museum, the permanent collections of which celebrate humanity, aims at enhancing the necessity for introspection, awareness and reversion to diachronic values. At the same time, a major goal of the National Archaeological Museum is also accomplished by creating a cultural cluster in the centre of the capital.

The visual artist Olga Anastasiadou was born and lives in Thessaloniki. She studied art and painting at the School of Applied Arts (Kunstgewerbeschule) of Zurich (1973-1978). Since 1988 she is a member of the Institut Européen d’ Aquarelle, based in Brussels. She has presented 20 personal exhibitions and has taken part in 10 group ones, in Greece and in Europe.