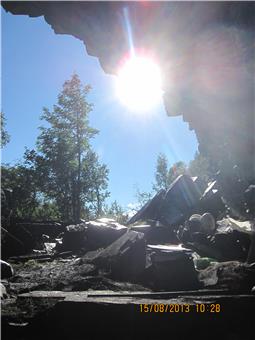 Excavations in Skrivarhelleren in Sogn (Norway)

Dr. Christopher Prescott, Professor of Archaeology, University of Oslo, will give a lecture titled “Excavations in Skrivarhelleren in Sogn (Norway) – challenging notions of centre and periphery in Scandinavia.”

The Skrivarhelleren rock shelter site, excavated in the late 1980s and again in 2013-15, embodies the variation inherent to the Bronze Age – a variation perhaps not fully accounted for in research discourse. Located in a mountain valley 800 masl in Sogn, western Norway, this site is geographically peripheral to both northern and southern Scandinavian Bronze Age traditions. Situated in the uplands of the Scandinavian interior, it lies along E-W thoroughfares, and is also readily accessed by maritime routes through the Sognefjorden. Located in the rich upland terrestrial hunting grounds, it also provides access to seasonal pastures. And perhaps most enigmatically; it is situated in a region with rich copper deposits.

With cultural deposits from the mid third millennium up to 100 AD, the cultural expression is no less fascinating. The osteological data demonstrates a strategy of hunting (for food, pelts, furs and antler), but also the oldest assemblage of domesticated species in Norway – as well as cereals from the Late Neolithic. Though in the mountains, marine species (mammals, shellfish, and seaweed) are a significant element. Lithic tools (largely non-flint materials) are the most readily identified archaeological element, but the site has also yielded 5-6 bronze objects, moulds and represents to date the oldest in situ evidence of casting in the Nordic region. The cultural expression is strongly related to the Nordic Bronze Age and wider European trade networks. Yet, the shelter offers the best dated sequence of asbestos-tempered Risvik ceramics in Scandinavia.

This paper charts the cultural expression identified in the Skrivarhelleren data from the Late Neolithic transition into the Pre-Roman Iron Age. By charting and discussing changing and dynamic relations through time, we hope to expand the discursive frames of Bronze Age research in Scandinavia.