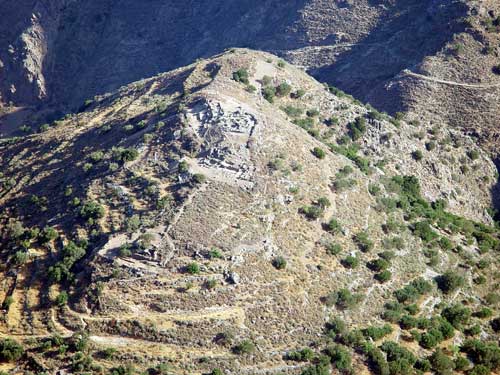 From Palace to Polis on Crete

“From Palace to Polis on Crete”

The transitional period between the palatial society of Bronze Age Crete and the rise of the Greek city-state has been the focus of a number of recent excavations that are trying to elucidate this period (1200-700 BCE). Excavations at two sites (Vronda and Kastro) at Kavousi in eastern Crete have provided information not only about this period, but also about earlier ages. The Kavousi sites were inhabited as early as the Neolithic Period and show changes over time as the palaces rose and fell during the Bronze Age and a new type of society based on the Greek city-state took hold. Excavations of other 12th century sites, such as Karphi, Halasmenos, Vasiliki, Knossos, Thronos/Sybrita, and Chania, have provided much new evidence for the transitional Early Iron Age period, and we find a picture of people living agricultural lives in mountain sites, but constructing elaborate communal buildings for worship and feasting rituals. Shifting settlement patterns in the Kavousi area from the 11th century on suggest a change in society and competition among sites that resulted in claims made on territory by burials and ended in the survival of a single community at Azoria that may be an early form of the polis.