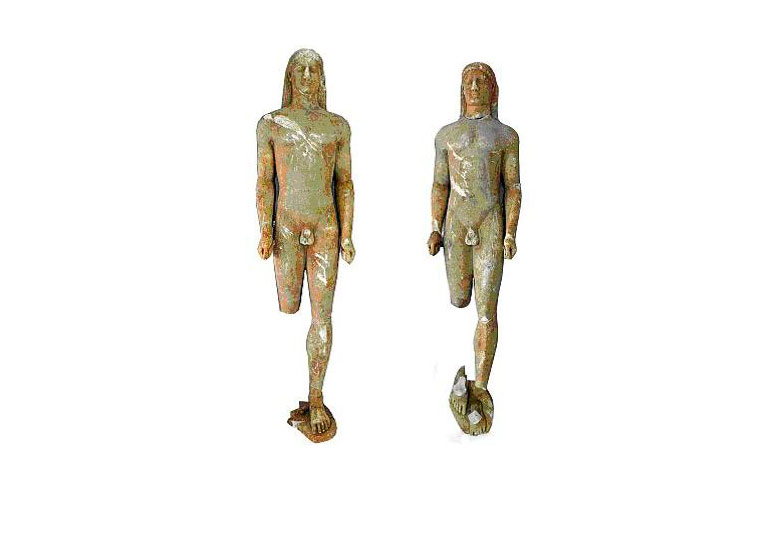 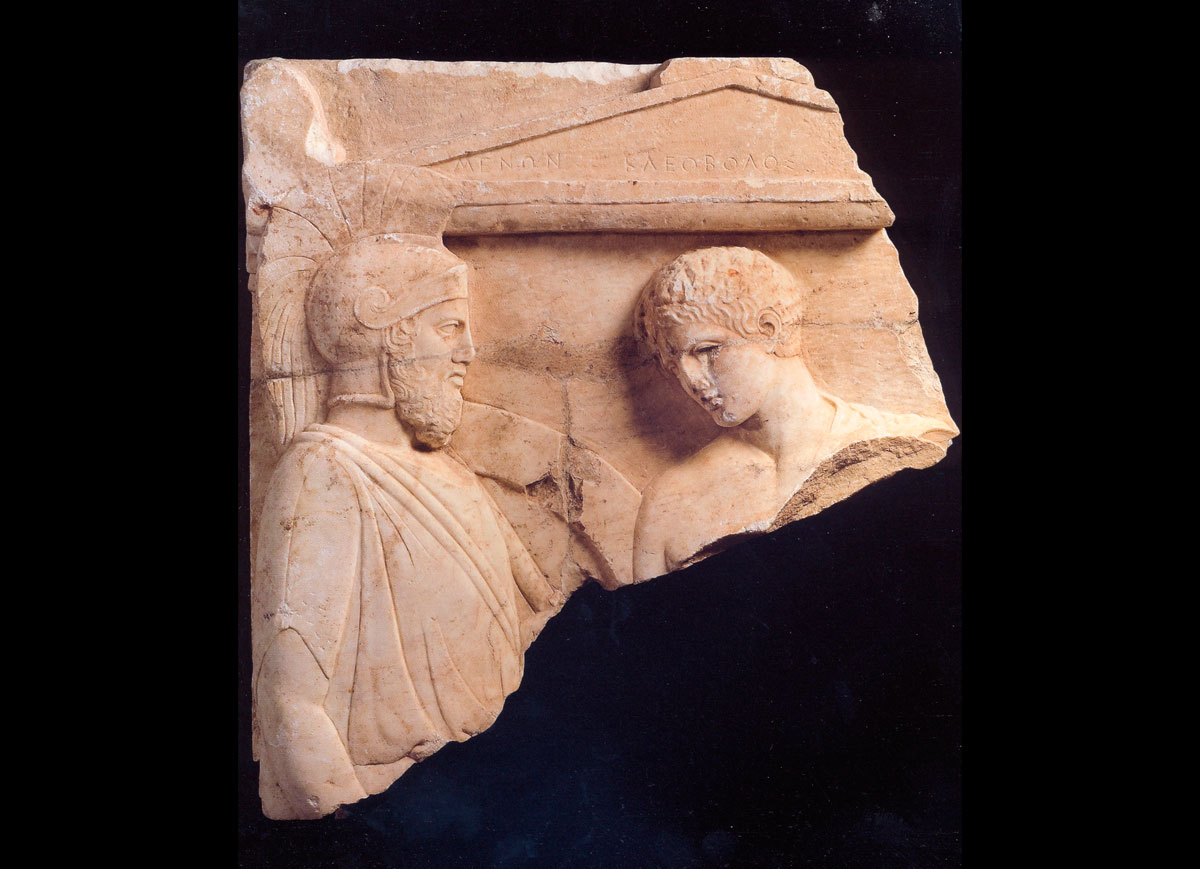 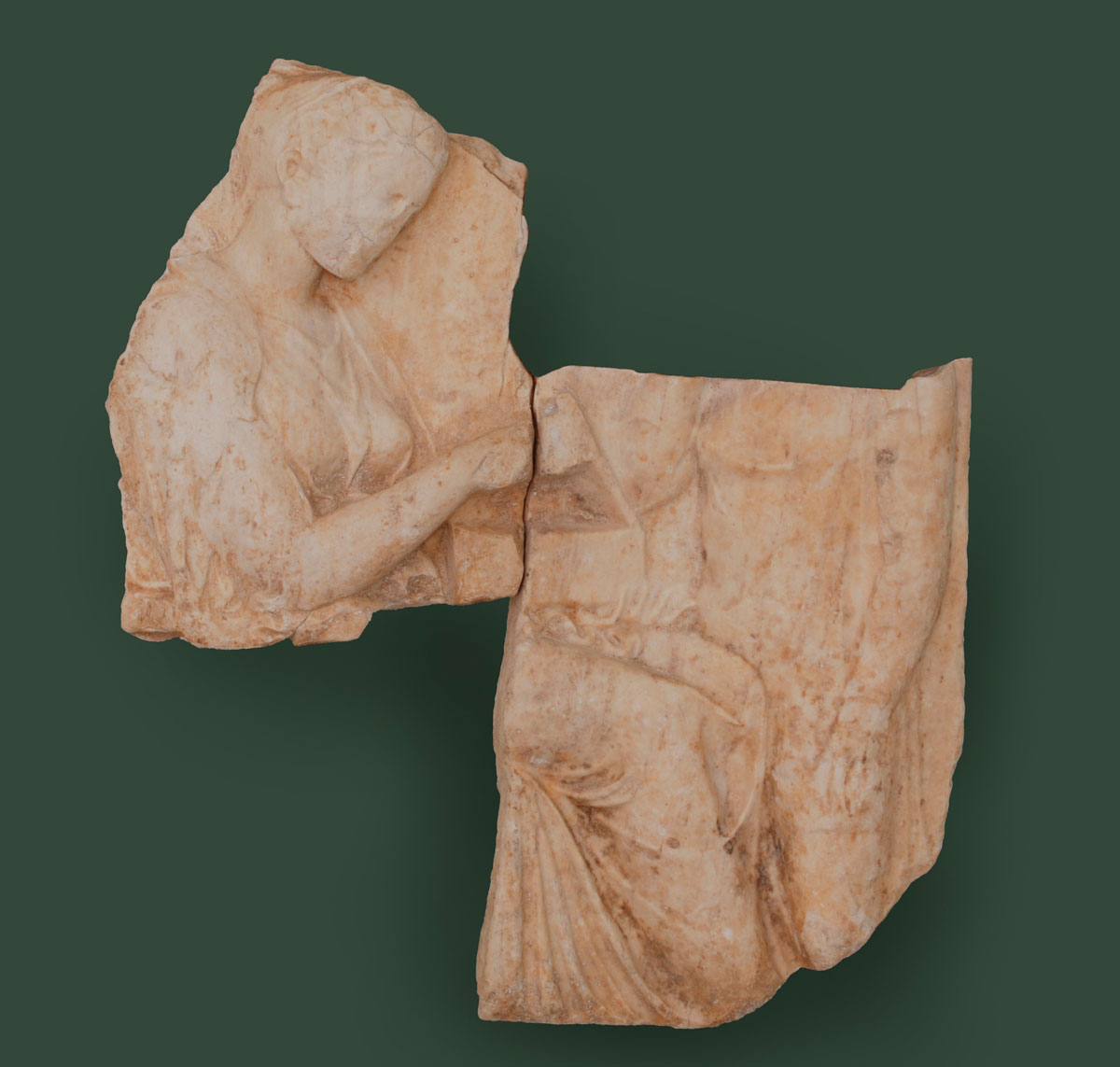 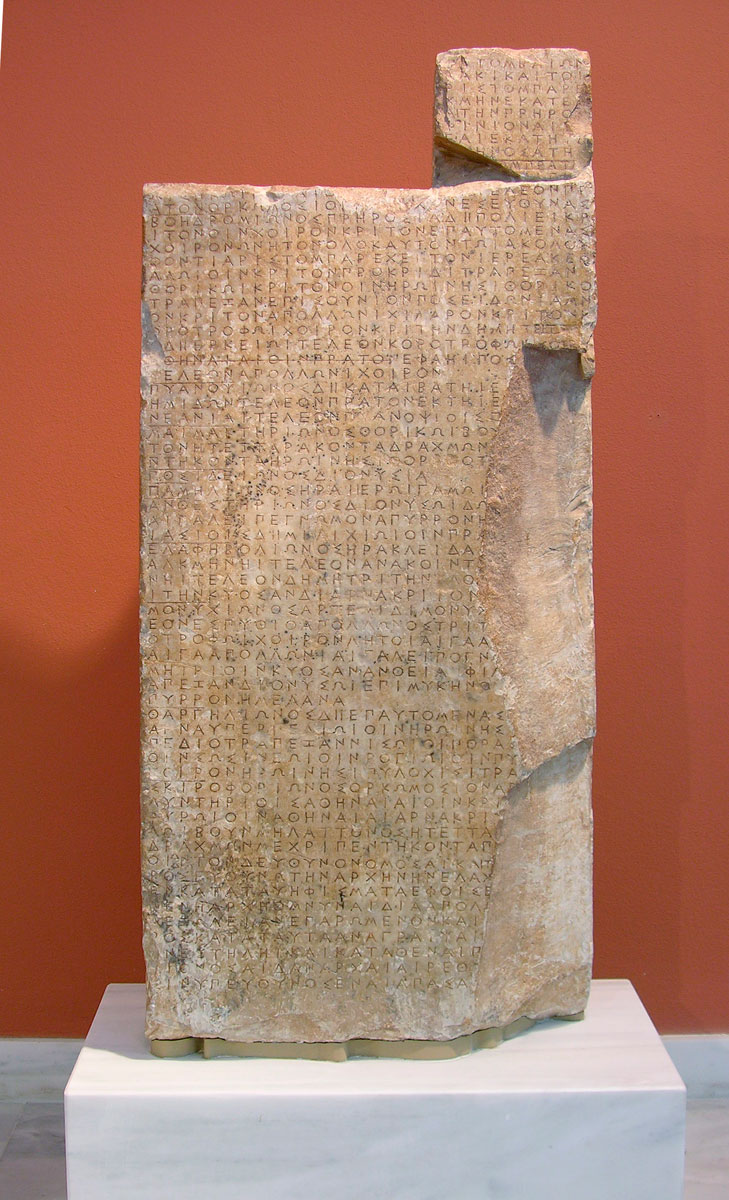 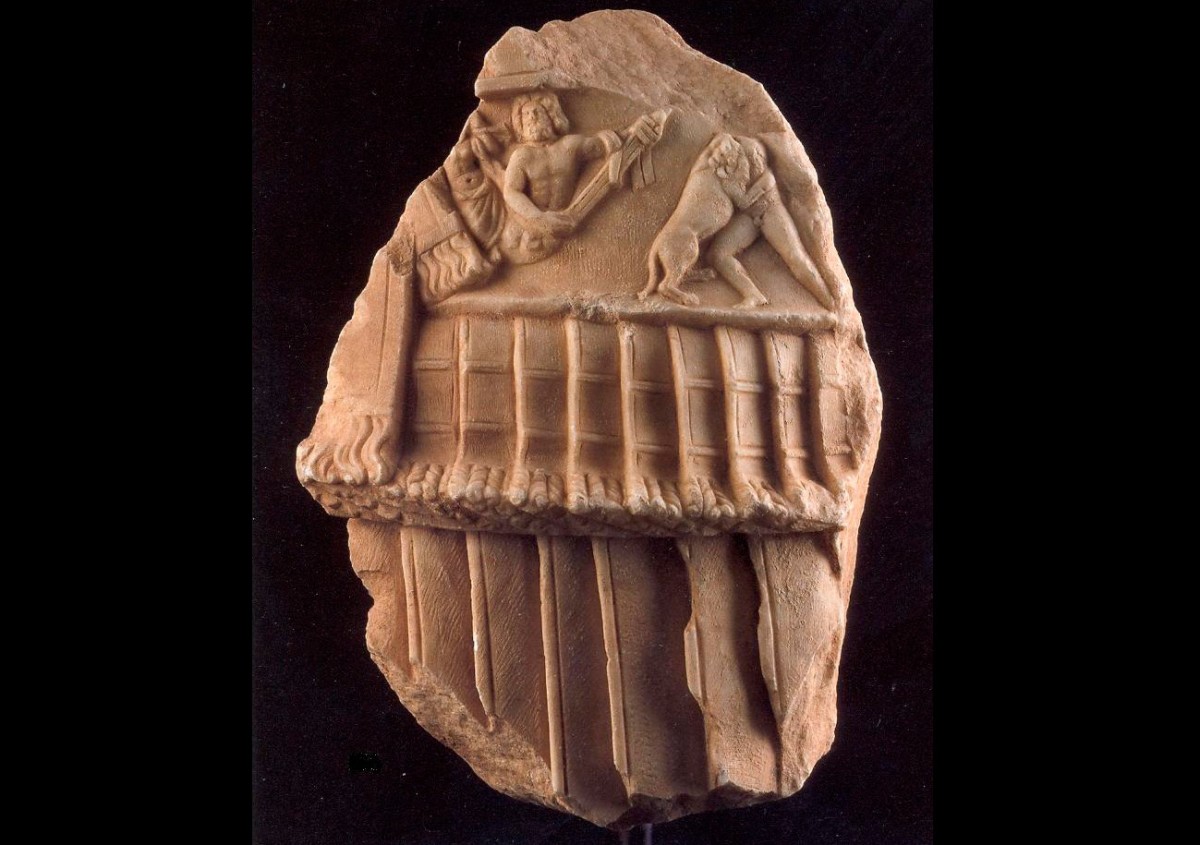 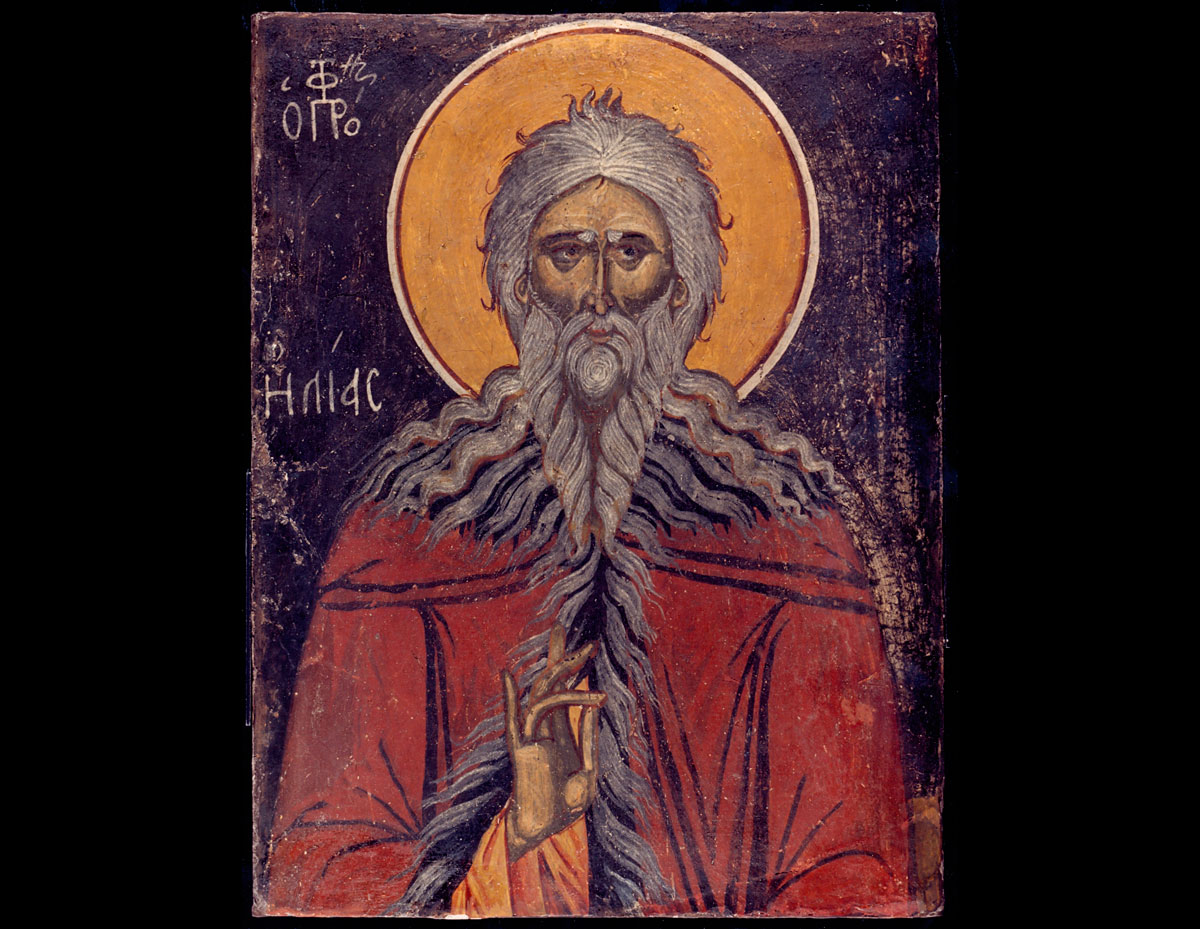 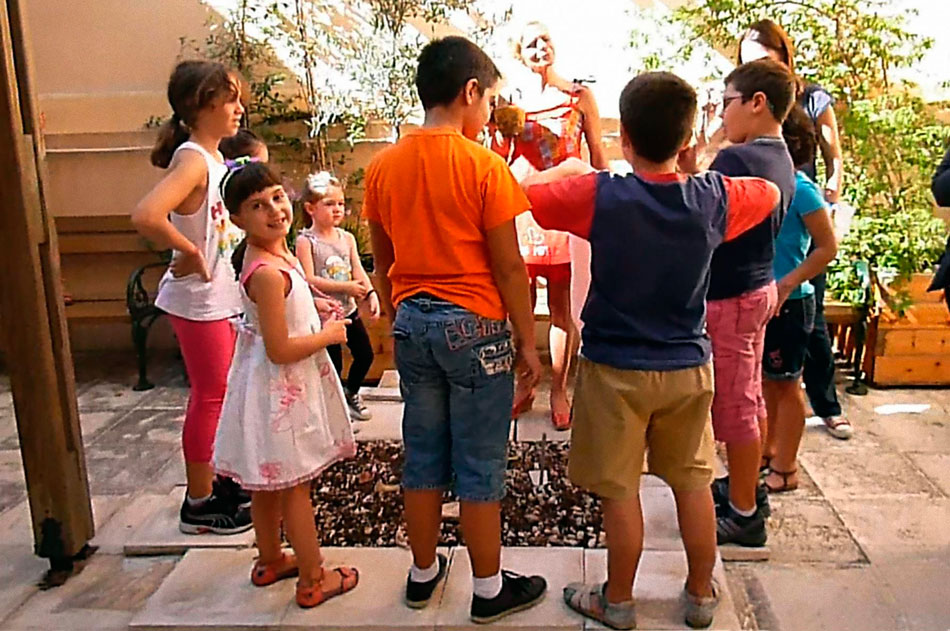 The Directorate for the Documentation and Protection of Cultural Property (DTPPA) is a service of the Hellenic Ministry of Culture and Sports under the Directorate General of Antiquities and Cultural Heritage. It was established by law in 2008 and has essentially been in operation since 2009. Its aim is to protect cultural property and to fight the smuggling of antiquities specifically by way of searching for, documenting the origin, tracing the trafficking path and staking a claim on movable monuments (…) in case the latter appear to be the products of theft, misappropriation, illegal excavation or removal (from the bottom of a sea, lake or river) or have illegally trafficked in Greece or abroad. This sector was active prior to the founding of the Directorate in 2008, but issues of illegal trafficking were handled by other archaeological directorates.

DTPPA acts in an advisory and executive capacity collaborating with the Archaeological Ephorates and other Departments in the Ministry. Apart from the law establishing it, basic tools for the Directorate to act successfully are the International Conventions (the Unesco Convention for the Protection of Cultural Property in the Event of Armed Conflict [The Hague 1954], the Unesco Convention on the Means of Prohibiting an Preventing the Illicit Import, Export and Transfer of Ownership of Cultural Property [Paris 1970], and its supplementary one the Unidroit Convention on Stolen or Illegally Exported Cultural Objects [Rome 1995]), the 93/7/EEC Directive related to the return of cultural property unlawfully removed from a member state and last, the bilateral agreements signed between Greece and other countries such as the USA, Switzerland, China and Turkey.

The Ministry’s successful collaboration with the Greek Police authorities has led to the confiscation within the Greek territory, since 2009, of more than 15.000 cultural objects (most of which coins). Notable examples are the confiscation of two archaic Kouroi statues following an illegal excavation in the area of Corinth (fig. 1) as well as Hellenistic golden artefacts also from an illegal excavation in the area of Thessaloniki.

In the attempt to reduce the number of illegal excavations and the looting of monuments and archaeological sites, illegal excavations are controlled and recorded as well as the legal possession and use of metal detectors. This is done by maintaining a special register of holders and (by) the proper correlation of these affairs with the archives of stolen antiquities kept at the Directorate.

The claiming and repatriation of monuments

The repatriation of monuments is a long and arduous procedure. In recent years, hundreds of cultural objects which had been illegally removed from the country have been returned immediately and without expenses for the Greek government. This is due to the claiming process having become more systematic, the daily monitoring of auctions, the immediate notification of the international community via Interpol, the necessary archaeological and photographic evidence and the supply of sufficient legal arguments. The successful outcome of a claim depends to a large extent on the effective collaboration of the DTPPA with other services such as Law Enforcement and Judicial Authorities, Services of the Ministry of Foreign Affairs et al. Apart from national, european and global legislation, it is based on the signing of bilateral agreements which aim and seek a fruitful collaboration for the protection of cultural property internationally, as well as the exchange of expertise and the promotion of the study of Cultural Heritage. In this context, illegally exported cultural property was claimed with great success, resulting in the repatriation of a substantial number of exceptional examples of ancient Greek, Byzantine and Post Byzantine art.

One such instance is, for example, the return of a funerary stele which had been found in Porto Rafti in 1961. In 1990, its upper section suddenly appeared in the Metropolitan Museum, New York and in 1993 was identified by Professor G. Despinis, as belonging together with another one located in Greece. Long term efforts and negotiations began immediately, resulting in its return to the Museum of Vravrona in 2008 (fig. 2). Next, it was proved that two sections of a funerary relief bought by the Getty Museum in the 1970s were part of a third which was in the collections of the Kanellopoulos Museum. They were repatriated in March 2012 (fig. 3). Likewise an inscribed stele from Thorikos which was a religious calendar of sacrifices and local feast days had been lost since 1960.Thanks to coordinated action taken by the Services of the Ministry of Culture and Sports, the stele was returned in 2012 and is since on display in the Epigraphic Museum (fig. 4). Another example is a section of a huge marble statue found in the 1904 excavations of the Amphiaraeion and stolen in 1993. The search lasted thirteen years till it was located at an auction house in Munich in 2004. After insurance measures were taken, it was repatriated in twenty four days, in May 2004 (fig. 5). Last, many works of Byzantine art, like those mentioned below, were repatriated, having mainly been located at auction houses, galleries and private collections: Icons from the church of St Nicholaos at Heliochori (Zagori in Epirus, fig. 6), such as the icon of Virgin Odegetria dated in 1622, or fragments of frescoes from the church of the Virgin at Krena in Chios, which date from the 18th century (fig. 7).

The catalogue of repatriated antiquities, including icons and frescoes, is long and we are still at the stage of claiming more antiquities that are being trafficked illegally. In this field we can count a notable increase of people from abroad who voluntarily return monuments that, in the past, had been removed from the country. This is a result of the effort made on the part of Greece to raise the awareness of public opinion on a global scale regarding the moral obligation of returning cultural property to its country of origin and the healing of the cultural lack of continuity which causes their violent removal.

A basic concern of the DTPPA is to try to raise public awareness and mainly to the young people, in order to respect, early on, their cultural heritage and its protection (fig. 8). Our Directorate participates in events, such as the European Cultural Heritage Days designing educational programmes (“In search of lost archaeological information” and “Blank pages of an Excavation Report”). These activities encourage the dialogue between society and cultural heritage, contributing at the same time to the prevention of the illegal transfer of cultural goods.

As part of its responsibilities, the Directorate has carried out, all through 2013, an extensive survey related to the removal of antiquities from Greece during the Second World War. The survey makes use of old archives of the Archaeological Service, those of the Archaeological Ephorates and other available archives. The results of this survey will be announced immediately after its completion.

On 23-26 October 2013 the Directorate has organized an International Conference, the Third International Conference of Experts on the return of cultural property. The opening session took place in the Acropolis Museum, while all subsequent sessions took place in Ancient Olympia in the SPAP Conference Centre. The Conference focused on two issues: the return of cultural property to their countries of origin and the prevention of their illicit traffic. Also discussed were the standardization of procedures, the assessment of national and international legislation, the auction houses, the digitalization of cultural properties and data bases. The aim of the conference was to encourage constructive dialogue by exchanging experience and expertise between countries. Experts from Europe, Asia, Africa, Latin America as well as executives from International Organizations participated at the conference.