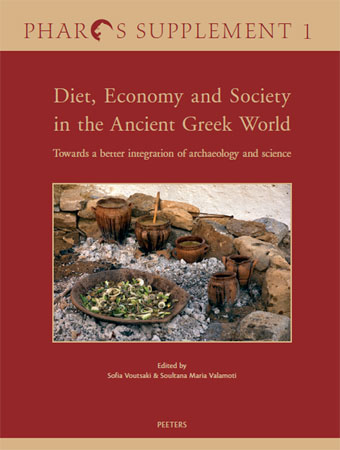 Towards a Better Integration of Archaeology and Science

The last decades have witnessed the adoption and refinement of various scientific techniques that allow us to reconstruct past diets, but also to understand the role of food in social interaction. These are exciting developments, but the proliferation of analytical techniques may also lead to over-specialization and fragmentation of the field. The papers in this volume explore the relation between diet, economy and society in the ancient Greek world by integrating different analytical techniques. Examples include the analysis of plant and animal remains, the bioarchaeological study of human remains, stable isotope and dental microwear analysis as well as the examination of organic residues. However, the aim of this volume is not only to compare different methods of analysis, but also to integrate method and theory and to reflect more widely on the integration of science and archaeology. The volume concludes with the report of a Round Table discussion on the institutional framework and the regulations surrounding the practice of archaeological science in Greece, as well as the ethical obligations of the practitioners.