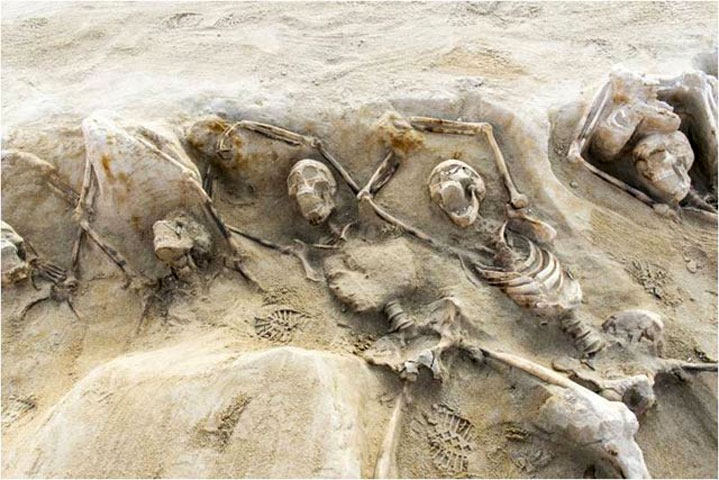 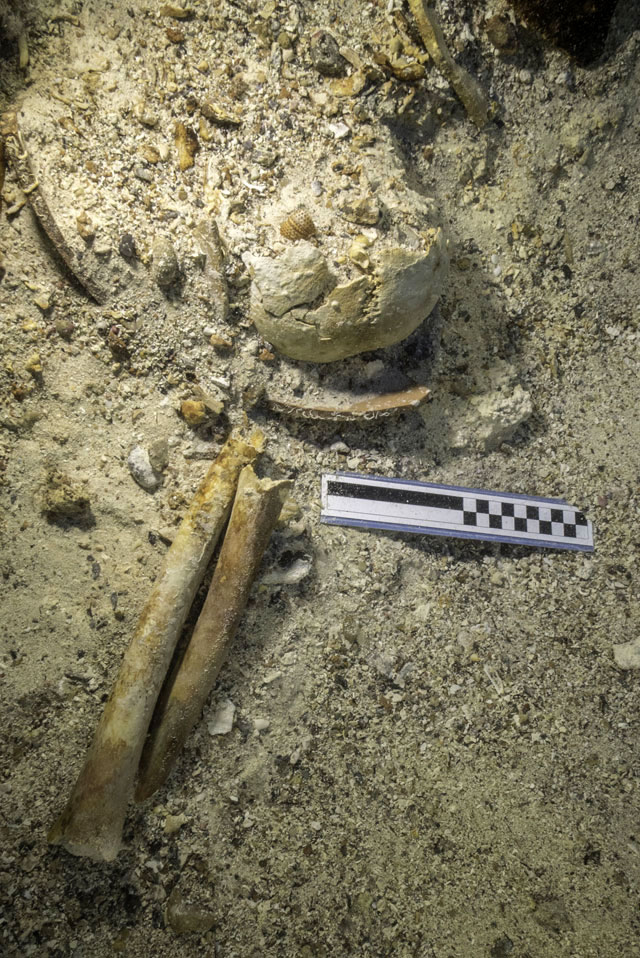 Worldwide interest in the captives of Phaleron and the Antikythera “Man”

Among the 10 most important discoveries of 2016

The following two Greek archaeological finds are on the 2016 annual list of the 10 most important discoveries in the world, according to the recognized American magazine”Archaeology”: The mass burial of 80 captives in the Phaleron Delta and the “Man” from Antikythera.

Excavations in the necropolis of the Phaleron Delta, during construction works this year on of the Stavros Niarchos Foundation Cultural Centre, brought to light the remains of 80 men, chained together at the wrists, in a mass grave. As mentioned by the magazine, the most recent osteological examinations revealed that the majority are men between 20 and 30 years old (four of them even younger) and that all were killed in the same way; a fatal blow to the head.

The discovery of two small vessels buried with them, placed the grave’s date between the mid to the late 7th century B.C. According to Stella Chrysoulaki, head both of this research and the Ephorate of West Attika, Piraeus and Islands, the burial suggests that these men were executed while trying to gain political supremacy.

Moreover, it is also known that this period, i.e. the end of the 7th c. B.C., is a particularly unsettling one in the history of Athens, full of uprisings and revolutions between supporters of the aristocracy and prospective usurpers and this specific finding can be associated either with the Cylonian Affair and the riots that followed, or with similar historical events. It should be mentioned that the Cylonian Affair was a series of misfortunes and disasters that hit Ancient Athens and were attributed to the anger of the gods for the massacre of supporters of Cylon, a popular Athenian who attempted to seize power around 632 B.C.

The Antikythera Shipwreck (around 65 B.C.) is the largest, richest and perhaps the most famous ancient shipwreck in the world. It was found in 1900, off the coast of Antikythera, bringing hundreds of treasures to the surface, including bronze and marble statues, as well as the Antikythera Mechanism, often referred to as the oldest computer in the world. This summer, however, another important discovery was made in the shipwreck; the finding of a human skeleton. The remains that include part of a skull, jaw, teeth, long and short bones of hands and feet suggest that, most probably, they belonged to a young man.

During excavations in 1900, 1901 and 1976, bones from at least four different individuals had already been found in the wreck, but the new discovery of human remains is the first in 40 years, at a time when DNA analysis is possible. In fact, according to Hannes Schroeder, specialist in ancient DNA, the discovery gives a first class opportunity for the study of an ancient seaman’s genetic material. As he states in “Archaeology” magazine: “Human remains from ancient shipwrecks are exceptionally rare” and adds “DNA analysis can potentially give us fascinating new information about the crew’s genetic and geographic origins”.

Finally, according to Brendan Folley, co-director of research, part of the skeleton found in 2016 remains in the place of its discovery, to be examined again next summer. In fact, he himself believes that there may also be more human remains on the site of the shipwreck, along with other valuable cargo. Research is being carried out by an international team of scientists, directed by the Ephorate of Underwater Antiquities of the Ministry of Culture and Sports headed by Dr Angeliki G. Simosi and the expertise of Woods Hole Oceanographic Institute in Massachusetts.

For other important archaeological discoveries of the year, you can visit the webpage of “Archaeology” magazine.

An article by Yiouli Velissaropoulos entitled “Η ποινή του θανάτου” (The Death Penalty) was published in “Archaiologia” magazine (issue 11, May 1984). To read the English abstract of the article click here.