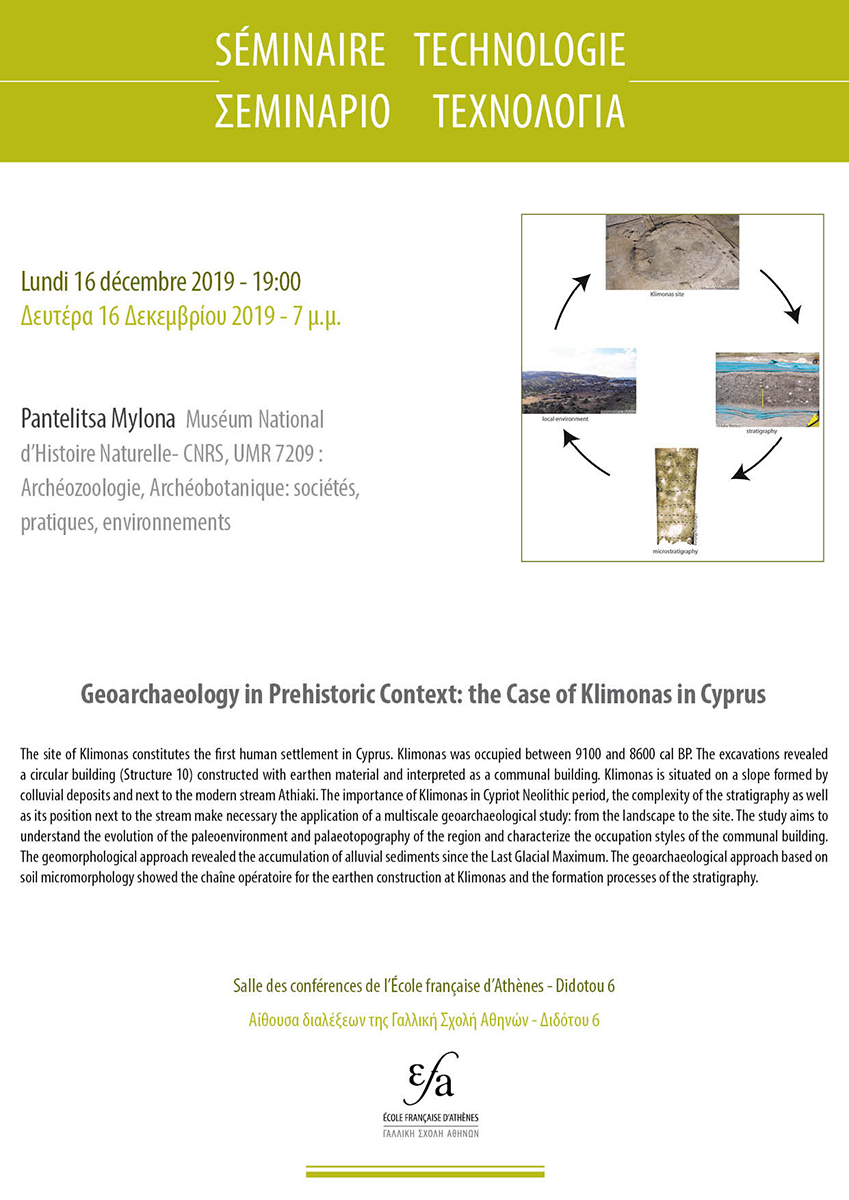 Geoarchaeology in Prehistoric Context: the Case of Klimonas in Cyprus

“Geoarchaeology in Prehistoric Context: the Case of Klimonas in Cyprus”

The site of Klimonas constitutes the first human settlement in Cyprus. Klimonas was occupied between 9100 and 8600 cal BP. The excavations revealed a circular building (Structure 10) constructed with earthen material and interpreted as a communal building. Klimonas is situated on a slope formed by colluvial deposits and next to the modern stream Athiaki. The importance of Klimonas in Cypriot Neolithic period, the complexity of the stratigraphy as well as its position next to the stream make necessary the application of a multiscale geoarchaeological study: from the landscape to the site. The study aims to understand the evolution of the paleoenvironment and palaeotopography of the region and characterize the occupation styles of the communal building. The geomorphological approach revealed the accumulation of alluvial sediments since the Last Glacial Maximum. The geoarchaeological approach based on soil micromorphology showed the chaîne opératoire for the earthen construction at Klimonas and the formation processes of the stratigraphy.

The lecture will be in English