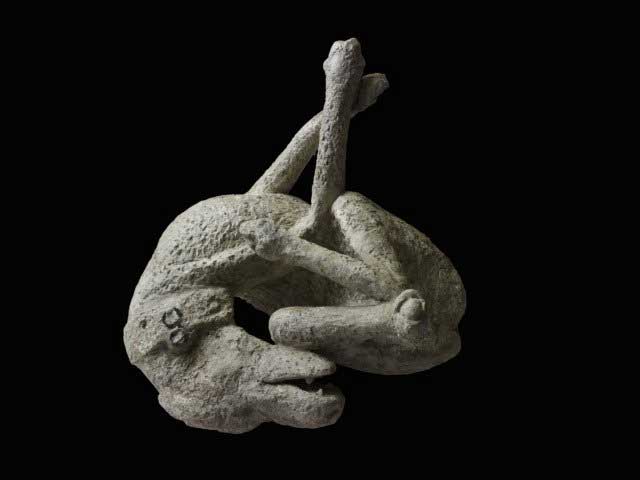 Life and Death in Pompeii and Herculaneum

Over 250 artefacts, including recent finds and some of the more celebrated pieces (body casts) from earlier excavations at Pompeii and Herculaneum will make up the first exhibition on these iconic archaeological cities at the British Museum. ‘Life and Death’ opens 28 March in what was the museum’s Reading Room, and closes 29 September 2013.

For some of the objects not only will this be their first time on display outside of Italy, it will be their first time on public display. These will include finely sculpted marble reliefs and intricately carved ivory panels. The innovative focus of the exhibition, the Roman home, allows an interesting and unique perspective on the people who lived and died in these cities centuries ago. In so doing, the exhibition will depict quite a different story of ancient Roman life with characters we are not used to seeing. There will be businessmen and powerful women, freed slaves and children, not the usual suspects that usually appear in popular constructions of the Romans, such as emperors, gladiators and legionaries.

The artefacts recovered from the ancient cities of Pompeii and Herculaneum, two of the most well known archaeological sites in the World, are surely the best to offer this domestic and personal perspective.

Both Pompeii and Herculaneum are located on the bay of Naples and consequently were both buried by the same catastrophic volcanic eruption of Mount Vesuvius in AD 79. The buried cities lay undisturbed for some 1700 years. Because they were buried by volcanic ash in a relatively short space of time, 24 hours, the archaeological excavation of these two cites has given us an amazingly unique insight into daily life for the Romans at this time. And, as they were both very different towns, Herculaneum was a small seaside town whereas Pompeii was a much larger industrial center for the region, evidence from the two complements each other.

As this will be the first exhibition on Pompeii in the UK in over 20 years, it is certainly one not to miss.

An accompanying book Life and death in Pompeii and Herculaneum by Paul Roberts and published by the British Museum Press will be available in March. Tickets for the exhibition are now on sale at the Museum and on their website.

Photo: Plaster cast of a dog from the House of Orpheus, Pompeii, AD 79. © Soprintendenza Speciale per i Beni Archeologici di Napoli e Pompei/Trustees of the British Museum.