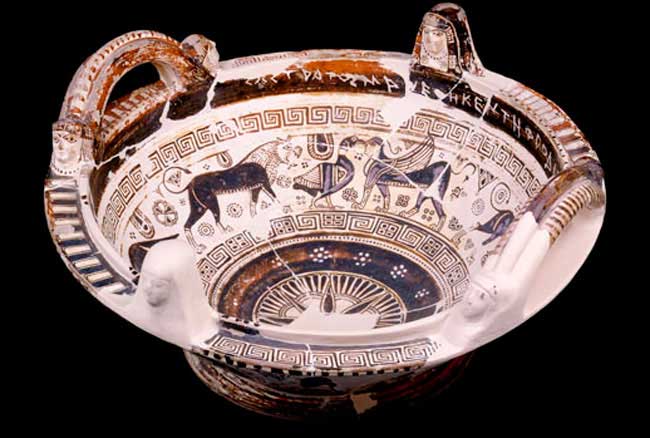 Alexandra Villing (curator of the British Museum, Greece and Rome Department) will give a lecture at the Department of History, Archaeology and Social Archaeology of the University of Thessaly. The lecture will focus on the most recent finds of the Project, which confirmed that Naukratis had a multiethnic population and was a trade centre of great significance from the 7th c. BC to the 7th c. AD.

Alexandra Villing is looking after the collection of Greek pottery and terracotta figurines at the British Museum, and leading the museum’s research project on the ancient site of Naukratis, a Greek trading post in Egypt. She is also involved with other aspects of Greek material culture, and the art and history of the Archaic and Classical periods in general.