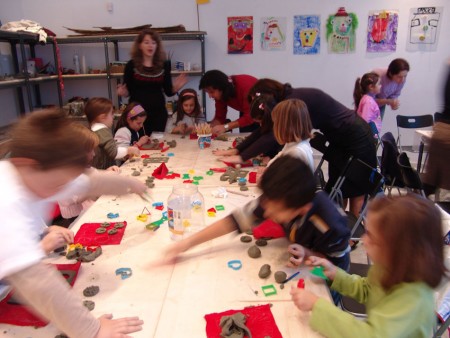 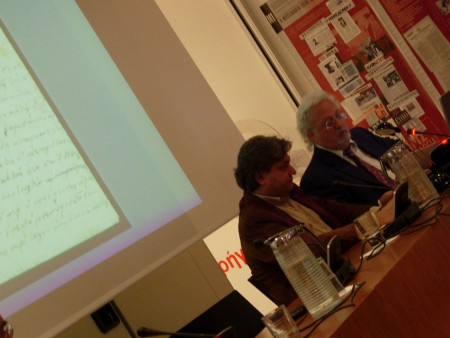 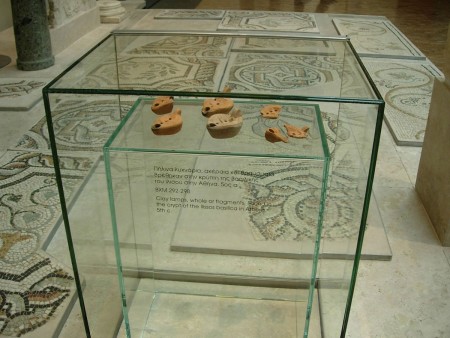 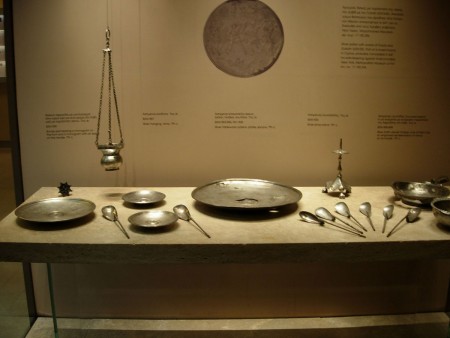 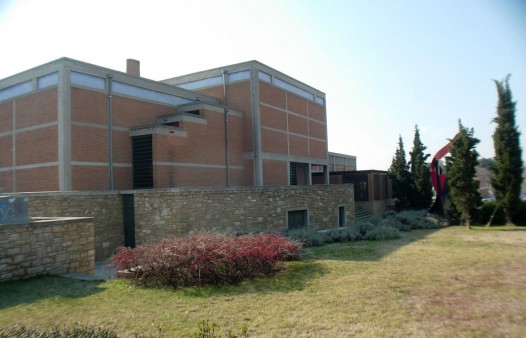 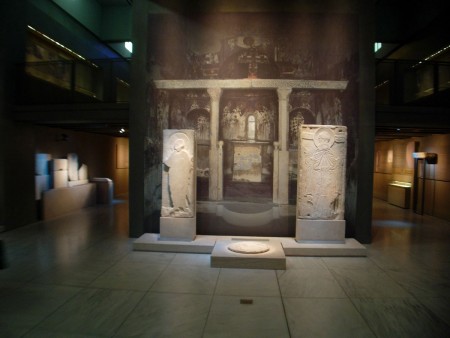 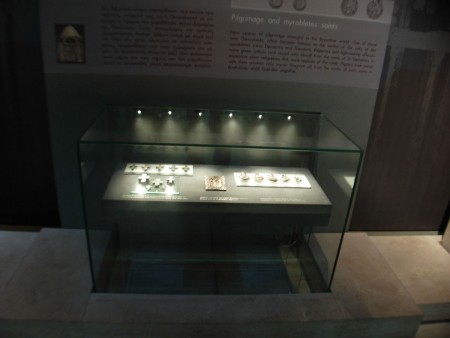 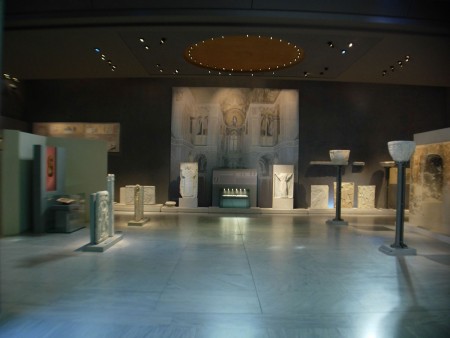 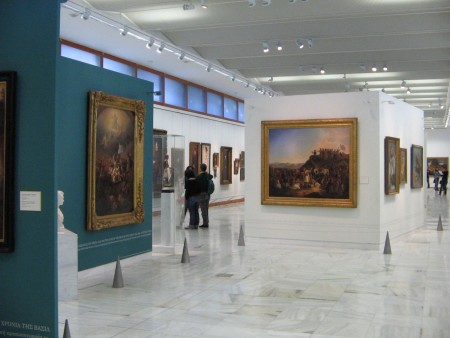 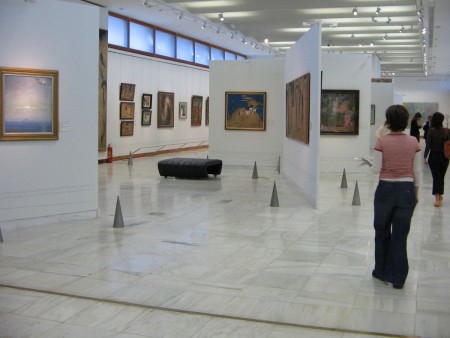 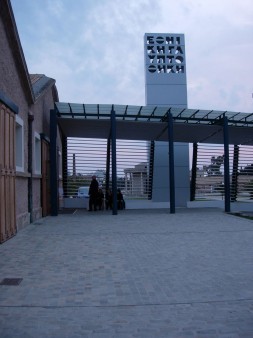 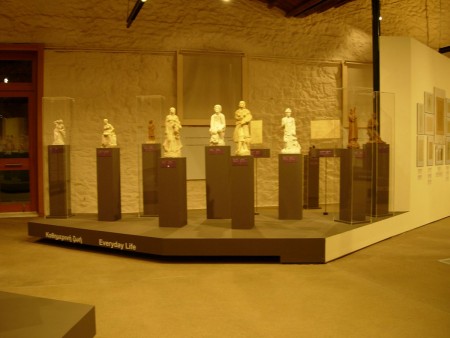 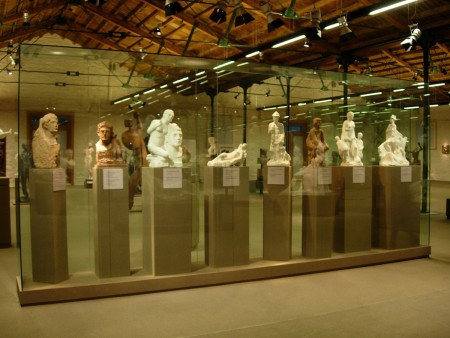 Seeking a “new” museology in Greece

NOTES
1. I am referring to the term “museology” rather than “museum studies” because the latter English term sounds more practical, although, in reality, both terms relate to the same content. The second component of the word “museology” which is “logy”, suggests a theoretical side to be dealt with as the basis or as the touchstone for everything we are called to apply either in a museum, an exhibition or an archaeological site. In any case, this does not mean of course that the term “museum studies” does not suggest practice together with theory. I simply believe that just because we are at a phase where, based on various theoretical approaches, an attempt is being made within the academic framework to formulate “one” theory on museology, it is best for us to make known our effort also through the term we use to define what we do whether in research, teaching or practice. For the same reason I consider that the term “museography” which has come to refer to the designing of exhibition space, sounds just as practical, without suggesting the need to have a knowledge of theory so as to design an exhibition. Even earlier, when transcribed from its use in Italian, it meant the annotation of the exhibited artefacts and only much later did it mean the accompaniment of graphics.
For us to tackle this problem in the postgraduate museology course at the AUT, we use the following terms: a) Conceptual Museological Design that, based on what is exhibited, relates to the design of concepts and narratives by the conceptual museologist (archaeologist, historian etc) and b) Spatial Museological design that, based on the designed concepts, relates to the design of the exhibition space by the spatial museologist (architect, designer etc.). See the recent book by Panos Tzonos, 2013, Μουσείο και μουσειακή έκθεση: Θεωρία και πρακτική, Thessaloniki, IPP in Museology and Endeuktirio publ., p. 183.

2. The thesis by Ms Paraskevi Nitsiou (archaeologist, advisor in monument restoration) prepared at the IPP in Museology at the Aristotelian University of Thessaloniki and the University of Western Macedonia and presented in 2011, includes the chapter «Μουσείο και μουσειολογία: Μια διαδρομή στην ιστορία» that refers to the history of museology in Europe and will be shortly published by the postgraduate programme publications.
3. Κωνσταντίνος Τσουκαλάς, Η Ελλάδα της λήθης και της α-λήθειας: Από τη μακρά εφηβεία στη βίαια ενηλικίωση, Θεμέλιο, Αthens 2012.

5. In 1988, Papadopoulos reinforces the running of the Technical Museum of Thessaloniki, in 1990 he organizes the Silk Museum in Soufli for the Greek Bank of Industrial Development, in 1986, he started the programme on ethnological research and architectural measured drawings of workshops in Dimitsana, which ended up as the Open air Museum of Water Power1996 (see Στέλιος Παπαδόπουλος, Μπαρούτη, μπαρουτόμυλοι και ο αγώνας του ’21, Π.Ι.Ο.Π, Αthens 1997), in 1998 he organized the Museum / Treasury for icons for the Xenophon Monastery.
6. Τεχνολογία 2 (1988), pp. 22-24.
7. See Στ. Παπαδόπουλος, «Ο ρόλος του μουσειολόγου: Μεταξύ “κοινών τόπων” και “ουτοπίας”»,
Αρχαιολογία και Τέχνες 71 (1999), pp. 44-47. The volume Ανθρωπολογικά, μουσειολογικά: μικρά μελετήματα (Αthens 2003), in his articles from 1969 to 2002, he touches on key museological issues concerning the management of modern Greek cultural heritage.

13. Minutes of the Annual International Meeting CECA (Nauplio-Athens 1988), Athens 1991.
14. Greek translation of the French original, 1989: Code de déontologie professionnelle (ICOM, Paris 1987) that was adopted during the 15th Annual Meeting of ICOM in Buenos Aires (November 1986).
15. Spatial-exhibition museological design in museums acquires its term: it is called museography.
16. The Italian architect Gabriela Papadeli-Marconi, permanent executive of the Museum of Byzantine Culture in Thessaloniki, has not been properly appreciated till now in this country for her contribution to museum exhibition design. Having received an education in Italian architecture and having obviously studied thoroughly and constructively the work of Carlo Scarpa the leading Italian architect designer of exhibition space (his outstanding work being the Castelvecchio Museum in Verona), Papadeli was creatively influenced by his example for the exhibition designing at the Museum of Byzantine Culture. The Council of Europe prize awarded to this museum in 2005 was undoubtedly largely due to Ms Papadeli’s architectural contribution. Here I should mention the services offered to museum exhibition architecture by Ms E. Katsanika-Stefanou, also a permanent administrator of the Museum of Byzantine Culture who, however, as seen later in her work at the Byzantine and Christian Museum of Athens, has a different approach to that of Ms Papadeli and not only regarding her choice of materials.
17. In Greece, the term archaeologist-curator has an almost unnatural ring to it whereas it is such an obvious term in museums abroad used to define the curator of an archaeological collection. This is because, in reality, the work of an archaeologist-curator in a museum is only secondary to his primary work on the excavation of the Antiquities Ephorate in whose district the museum or museums happen to belong. As expected, each attempt to detach museums or at least big museums from the district’s antiquities’ ephorate would provoke a reaction from the archaeologists, even if the museum’s director was an archaeologist from the service. This was a measure which Evangelos Venizelos had tried to introduce when he was minister of culture in the 90’s. Of course, none of the archaeologist museologists already serving were considered as possible museum directors. It is therefore especially significant that, on opening, the Museum of Byzantine Culture was allowed to function as a particular service of the Ministry of Culture, independent from the 9th Ephorate of Byzantine Antiquities.
18. The name Museum of Byzantine Culture is indicative for 1994 of the ultimate museological perception of how the new museum’s exhibits were to be interpreted; they are not considered only as having an aesthetic value but are also seen as material witnesses of culture.
19. If, as till recently, for archaeological museums such as the New Acropolis Museum, the archaeological exhibit is dealt with as an object primarily of aesthetic value, then it is clear than no one questions the priority given to the aesthetics of art work. This fact results in the exclusion of the museologist from the outset when organizing an exhibition, since only the knowledge of the specialist curator, archaeologist or art historian is needed for the exhibits’ grouping or aesthetic arrangement. Thus the creation of new museums of modern art did not contribute to the growth of museology in Greece, even though I consider that the opposite was proved by my participation as an art historian and museologist in the fine art exhibitions at the Macedonian Museum of Contemporary Art
(exhibitions of Max Beckmann, Joseph Beuys, Günter Ücker, Andy Warhol, Demosthenes Kokkinides, Kl. Loukopoulos et al) It is interesting that despite my presence on the Board of Directors of the Museum of Contemporary Art and on its Artistic Committee, I did not manage to convince my colleagues of the need for a museological conceptual design in art exhibitions not organized by me personally. Despite the general recognition inside and outside the museum of the admittedly positive contribution of museology in the above exhibitions, there was a strong reaction to its implementation in general which lead to my departure. The structures affirming art and the critirium of expertise are not easily disturbed. On the contrary, my proposals for the conceptual design of museum education programmes not only encountered no problems but were considered as the component that made them avant garde compared to other respective museums. Museum education still functions as a modernizing and socially sensitive Pool of Siloam regarding museums as an institution.

33. The educational-archaeological exhibition organized there by my colleague M. Mouliou entitled «Αρχαιολογικές αναζητήσεις. Ανασκαφές στην Ομηρική Γραία» (Archaeological quests. Excavations in Homeric Graia) as with those by my colleague A. Gazi are proof of what can be achieved by the scientific objectives of applied museology, when it can escape being “stiflingly” curated by the specialist who is not a museologist.
34. The Programme was edited by the writer who was also responsible for the selection and supervision of the writing of the articles between 1995 and 2000.
35. The matter of who meets the museum needs of the market, either by owning a special university museology title or simple expertise, is less critical or harmful to the development of museology compared to the non museological profile of those elected to museology positions at university.
This is because the museum market will somehow regulate itself and at any rate will not be paid entirely by the taxpayer. However, the election at a public university of a museologist whose qualifications are not based on merit will create a vicious circle that will take years to heal, especially after the recent drastic job cuts. All the same, a more permanent danger will be the truncated, non scientific manner and undoubtedly the lack of theoretical discourse by which museology’s proper scientific dimension will be taught by teachers elected for their qualifications of expertise. This runs the risk of suspending whatever progress was made towards securing the field as a science.

36. Each year between 2004 and 2011, usually coinciding with the International Day of Museums, symposiums were systematically organized around a wide range of museological issues which were published in the series Museums 04, Museums 05 etc by the IPP in Museology of the AUT, the University of Western Macedonia and Endeukterion publications. See https://www. ma- museology.web.auth.gr.
37. See. http://www.ct.aegean.gr/el/synedria
38. The International Scientific Meeting called «Προσωπογραφίες πόλεων στα Μουσεία Πόλεων. Πρακτικές και αντιλήψεις»(Portraits of cities in city museums. Practices and perceptions), was held in Volos on the15.6.2005, with the participation of scientists and representatives from Greek and foreign museums who discussed the prospects of city museums in Europe.
39. With the collaboration of S. Boutopoulou, S. Kalliodi, M. Mouliou and V. Sakelliadi.
40. The volume is the outcome of research and related reports on «Ευρωπαϊκά Εθνικά Μουσεία: Πολιτικές ταυτότητας, οι χρήσεις του παρελθόντος και ο ευρωπαίος πολίτης» (National Museums of Europe: Political identities, the uses of the past and the European citizen) by the network EuNaMus (European Νational Μuseums) at a conference in Bologna (28-30 Αpril 2011) . See. www.eunamus.eu,eu where all the network’s editions are available on line.
41. All the following also provide examples for a serious discussion on the field of applied museology both conceptual and spatial: The studies prepared at the Ministry of Culture by the service’s archaeologists-museologists and the implementation of some (the Archaeological Museum of Palaiopolis-Mon Repos, the Archaeological Museum of Karditsa, the Archaeological Museum of Thasos, the Archaeological Museum of Ileia, the Archaeological Museum of Messenia, The Archaeological Museum of Larisa, the Archaeological Museum of Thermos, The Museum of Underwater Antiquities in the SILO building on the Cultural Coast of Piraeus ,the Archaeological Museum of Athens at Plato’s Academy by M. Mouliou), the awarding of museums such as the Museum of Byzantine Culture in Thessaloniki by the Council of Europe in2005, reference of others in international journals such as the Ecclesiastical Museum of the Holy Metropolis of Thessaloniki in Museum Practice (Winter 2007) (ma-museology.web.auth.gr/.../DPMS-mous. and www.lineadesign.net/projects/archive/museums-exhibitions/ecclesiastical-museum-of-thessaloniki-i-museum).
42. The British have the expression “at arm’s length”. State funding is also a way of classifying the relationships of freedom and dependence existing between the state and cultural institutions. In the UK this is dealt with by the Arts Council, an independent body, which makes decisions based on programmes made for the type and amount of state funding for culture. Again, however, there is the matter of the way in which members are selected for this body’s Board of Directors. In any case, the way the Arts Council functions, either with competitive programmes that successfully fund institutions through awards, or by control through regional councils, falls within the authority of various democratically elected bodies.
MOST POPULAR
RELATED