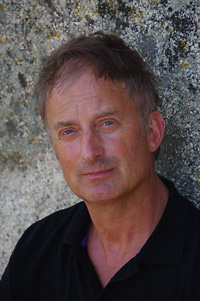 The Peopling of Pleistocene Europe – with or without fire?

In the last decades our views on the earliest occupation history of Eurasia have changed significantly, with an unambiguous presence of hominins now attested at 1.8 million years ago in Dmanisi (Georgia) and at > 1.6 million years in northern China, much earlier than previously envisaged. In Europe, the earliest traces of a hominin presence come from the Mediterranean area and are more than one million years old. From about half a million years ago, hominin occupation of Europe seems to have been more continuous, with stone artefacts present in sediments deposited under warm-temperate as well as under colder environmental settings. Most archaeologists would agree that the colonization of Eurasia, where temperatures at times dropped below freezing point, was tied to the use of fire – as already proposed by Charles Darwin. Yet the archaeological record suggests that early hominins moved into Eurasia without the habitual use of fire. It is only from 300,000 to 400,000 years ago onward, that the European archaeological record regularly contains traces of fire use, suggestive of hominins’ ability to conserve and transport and to use fire during successive occupations. But what does that mean, how strong is that archaeological record? Would it have been possible to survive without fire in Pleistocene Europe? Are we looking at the right sites, the right data to study early fire use?