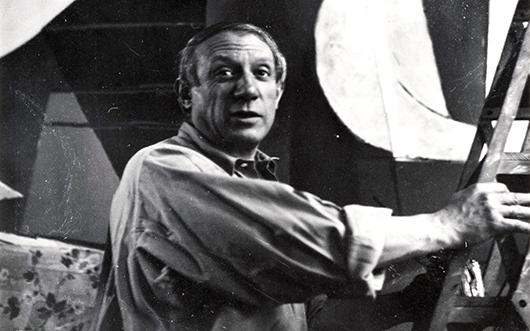 Picasso and the Exodus

Les Abattoirs, Musée – Frac Occitanie Toulouse presents an exhibition dedicated for the first time to the relationship between Picasso and the Spanish Exodus. Spanning three floors of Les Abattoirs, it explores how the historical and personal upheaval of the Exodus affected Picasso and many other artists of his generation.

In 1937, a year after the start of the Spanish Civil War, while he was working on a painting commissioned for the Spanish Pavilion at the World’s Fair in Paris, Picasso learned of the bombing of Guernica and radically altered his initial theme.

In 1939, after three years of war, 500,000 Spaniards crossed the French-Spanish border before transferring to refugee camps with abominable living conditions. Following La Retirada, many Spaniards were living abroad, like Picasso, who had been living in Paris since 1900, thus becoming political exiles.

The Spanish situation strengthened Picasso’s political engagement against Francoism and for peace, both in his art and in his support for the Spanish exiles, particularly artists.
Here, their works are exhibited alongside his, by the likes of Óscar Domínguez, Apel.les Fenosa, Luis Fernández, Pedro Flores, Carles Fontserè, Julio González, Roberta González, Hans Hartung, Antonio Rodríguez Luna, Joan Miró, Manuel Ángeles Ortiz, and Remedios Varo, among others. Also evoked are those who created while living in refugee camps, as was the case for Antoni Clavé or artists J.Fín (Josefin Vilató) and Javier Vilató, Picasso’s nephew; or while working as a nurse, like photographer Friedel Bohny-Reiter.

The exhibition then deals with the theme of the cultural, artistic, and humanist resistance that continued into the post-WWII period, while militant exhibitions were organised by artists in exile from Paris to Prague, via Toulouse, and support committees continued to battle Franco’s regime.

Making the fervent wish only to return to Spain once liberated from Francoism, Picasso died in 1973 without having seen his native country again. Does a specific literary and pictorial culture exist for an artist who emigrated by choice and who became an exile despite himself? Picasso, nostalgic for Spain, and who had long understood his media power, staged his Hispanic roots and sourced inspiration from both art history and Spanish traditions. The debate on the return of Guernica to Spain, in the 1970s and 1980s, highlights the extent to which this work has become and remains a political symbol, which still today is one of the most often reproduced, filmed, and reinter- preted artworks of all time.

A contemporary art section, inviting over twenty artists, completes this exhibition at the Abattoirs. The works bear testament to Picas- so’s importance in the message of artistic and individual freedom while others address the theme of exile today.

In the context of a series conceived on the scale of the territory, contemporary art exhibitions on the themes of history and exile will also be developed in other Toulouse sites and in the whole Occitanie region, under the title “I’m a native foreigner”.