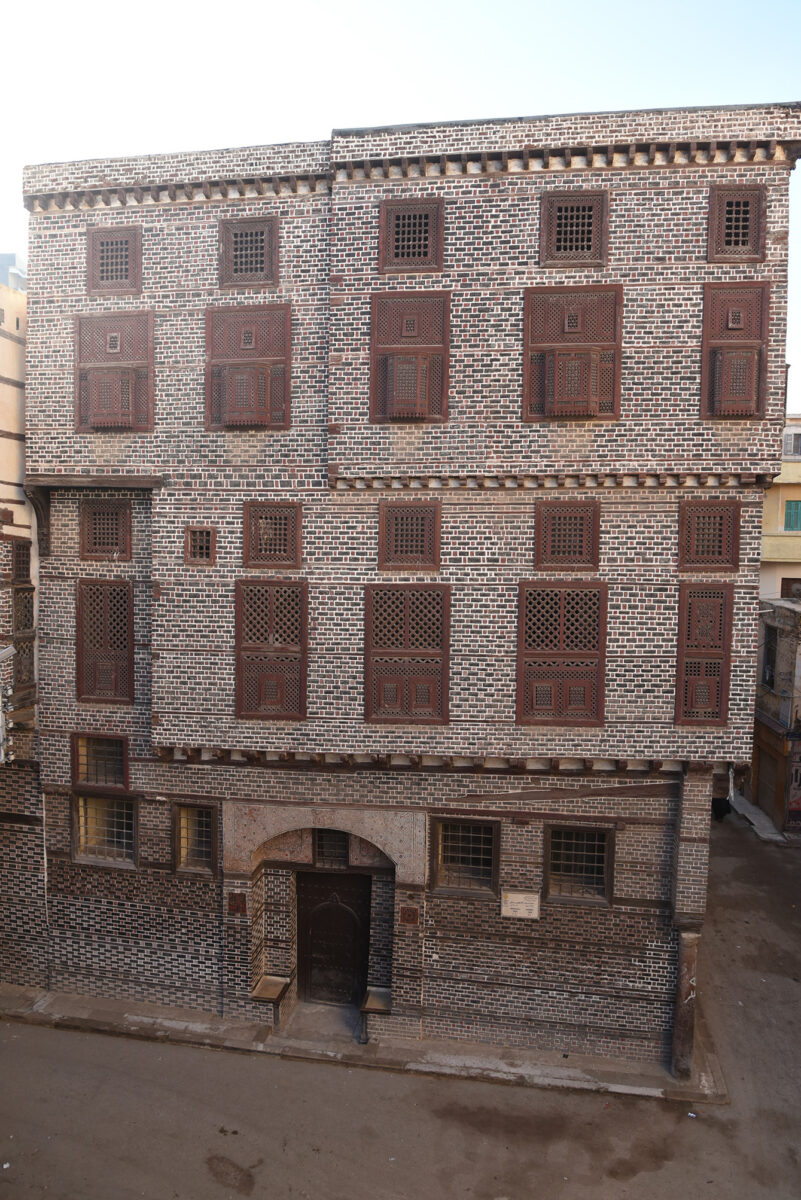 Rosetta Project: Change in action at the Amasili House

Every month, ARCE offers an online lecture featuring research and experts in the fields of Egyptology and Archaeology to its membership. If you are a member of ARCE and would like to attend, please register using the form available below.

Info about the lecture:

In this lecture, the first stage of this project will be presented that comprised interventions to stop further deterioration and the conservation of the roof and the second floor of the Amasili House.

Rosetta flourished during the medieval period becoming Egypt’s most significant transit city. Commercial activities relocated to the city as it became the main access to the Mediterranean. During that time its collection of Mameluke and Ottoman mansions and citrus groves attracted many European and Arab travelers. But as Alexandria prospered, Rosetta was left behind and almost forgotten. Today the city’s fame is mostly associated with the inscribed stone that allowed the deciphering of Egyptian hieroglyphs (aka the Rosetta Stone). Rosetta is attracting an increasing number of visitors interested in its archaeological, cultural heritage, and atmospheric medieval souk.

The Amasili Complex comprises the Amasili House, Hasiba Gazal House, and a granary. The houses were built sometime during the 18th century and contain some unique architectural features. The Amasili House is the largest of all Ottoman Houses still standing in Rosetta and consists of many rooms distributed over three floors. The building was suffering from high levels of water ingress which caused extensive damage to walls and wooden fittings. The second floor is particularly affected: the windtower was left uncovered for almost 20 years allowing rainwater into the building and the modern flat roof was leaking.

Mohamed Kenawi is a Research Associate at the School of Archaeology and Ancient History, University of Leicester. He was a Researcher and Training Manager at the School of Archaeology, University of Oxford, for the Endangered Archaeology of the Middle East and North Africa project. He was Head Researcher (2011-16), followed by Acting Director (2016-17), of the Hellenistic Centre of Bibliotheca Alexandrina. He currently collaborates on projects with Padua University in Italy and Tübingen University in Germany. He has published various articles about his research, in addition  to his monograph, Alexandria’s Hinterland: Archaeology of the Western Nile Delta, Egypt (2014). He published a co-authored book with G. Marchiori entitled Unearthing Alexandria’s Archaeology: the Italian Contribution (2018).

Cristina Mondin is the coordinator of the Amasili Project in Rosetta of Padua University and CAIE, she is the Manager of the Asolo Archaeological Museum. She authored many articles on Roman and Late Roman pottery from contexts in Italy, Egypt, Turkey, and Croatia. Her research focuses on economy and trade in the Mediterranean.

Registration will close 48 hours before the lecture starts. Registration does not include any future lectures in this series.