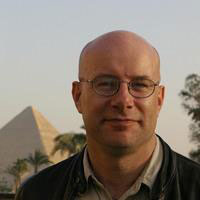 Sethy I, King of Egypt

“Sethy I, King of Egypt”, Lecture by Prof. Aidan Dodson (University of Bristol).

King Sethy I ruled for around a decade early in the thirteenth century BC. He lived at a crucial point in Egyptian history, following the ill-starred religious revolution of Akhenaten, and heralding the last phase of Egypt’s imperial splendor. As the second scion of a wholly-new royal family, his reign did much to set the agenda for the coming decades, both at home and abroad. Sethy was also a great builder, apparently with exquisite artistic taste, to judge from the unique quality of the decoration of his celebrated monuments at Abydos and Thebes.

Explore Sethy I’s career and monuments, not only in ancient times, but also their modern history and their impact on today’s understanding and appreciation of ancient Egypt.

Professor Aidan Dodson has taught at the University of Bristol, UK, since 1996, and has been Honorary [full] Professor of Egyptology in the Department of Anthropology and Archaeology since August 2018. He was Simpson Professor of Egyptology at the American University in Cairo in 2013, and Chair of Trustees of the Egypt Exploration Society (the UK equivalent of ARCE) from 2011–2016. Elected a Fellow of the Society of Antiquaries of London (one of the oldest archaeological bodies in the world) in 2003, he is the author of over twenty books, the latest being Sethy I, King of Egypt: his life and afterlife (American University in Cairo Press, March 2019).