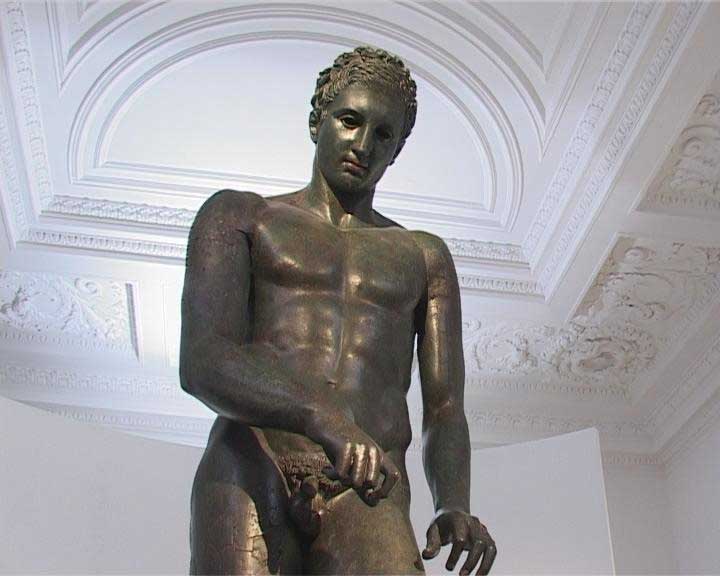 The Croatian Apoxyomenos – A Bronze Athlete

Registered on the UNESCO Underwater Cultural Heritage list, the “Croatian Apoxyomenos” will be presented at the Musée du Louvre as part of “Croatie, la voici”, the Festival of Croatia in France.

In 1996, a recreational diver came across a large bronze statue lying at a depth of 45 meters off the Croatian island of Vele Orjule, in the Adriatic Sea. In an exceptional state of preservation, this statue, which is thought to be from the 2nd century BC, was recovered in April 1999 by Croatian archeologists and restored.

This major discovery gives us the opportunity to admire one of the rare great ancient bronzes still in existence. By the 6th century BC, the Greeks had learned to master bronze, copper alloy and pewter casting techniques that they favored for their statuary. Most of their works, lauded by the ancient authors, did not survive the Antiquity, since the bronze of the statues was later melted to make dishes, weapons, tools and coins. Only a dozen or so large-format Greek bronzes remain today. The Croatian statue thus provides us with rare and precious insight into this little-known art.

Standing 192 cm high, with red copper-inlaid lips and nipples, the statue represents an “apoxyomenos”, which is an athlete removing the oil and sand from his body with a small metal scraper called a strigil. Ancient athletes competed nude and outside; they covered their bodies in oil, which mixed with the sand of the palestra during their competition. The moment the artist chose to portray occurs after the athlete’s bout: his downcast gaze shows he was performing a specific gesture. This highly subtle composition brings the viewer into the intimacy of a gymnasium scene and helps us to understand just how observant the ancient sculptors were of male nudes.