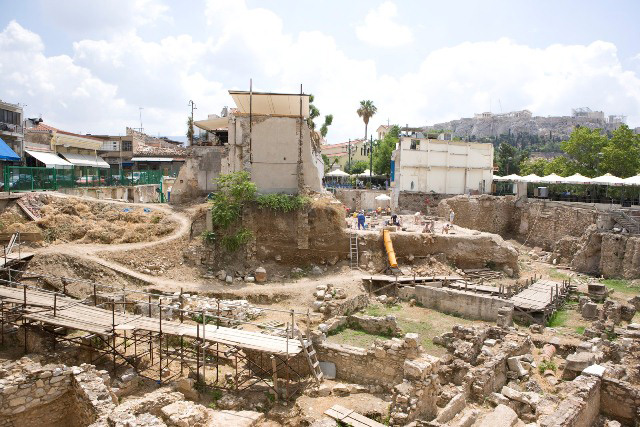 The End of Ancient Athens

“The End of Ancient Athens: The Archaeology and History of the Athenian Twilight”

For over one thousand years, Athens ranked among the most vibrant intellectual, social, and economic centers of the ancient Mediterranean world. Beginning in the third century A.D., however, Athens was rocked by a series of barbarian sacks, marking a centuries-long period in which the fortunes—and the size—of the city ebbed and flowed. Athens began a period of slow recovery and expansion in the tenth century A.D., but by 1200 A.D., the city had fallen upon hard times once more. According to the then Archbishop of Athens, Michael Akominatos, “the glory of Athens has utterly perished; one can see nothing, not even a faint symbol, by which to recognize the ancient city.” In this lecture, some of the spectacular discoveries uncovered during recent excavations of Late Antique and Byzantine Athens will be revealed, and the ways these excavations enrich our understanding of the ancient accounts of the Athenian twilight will be discussed.