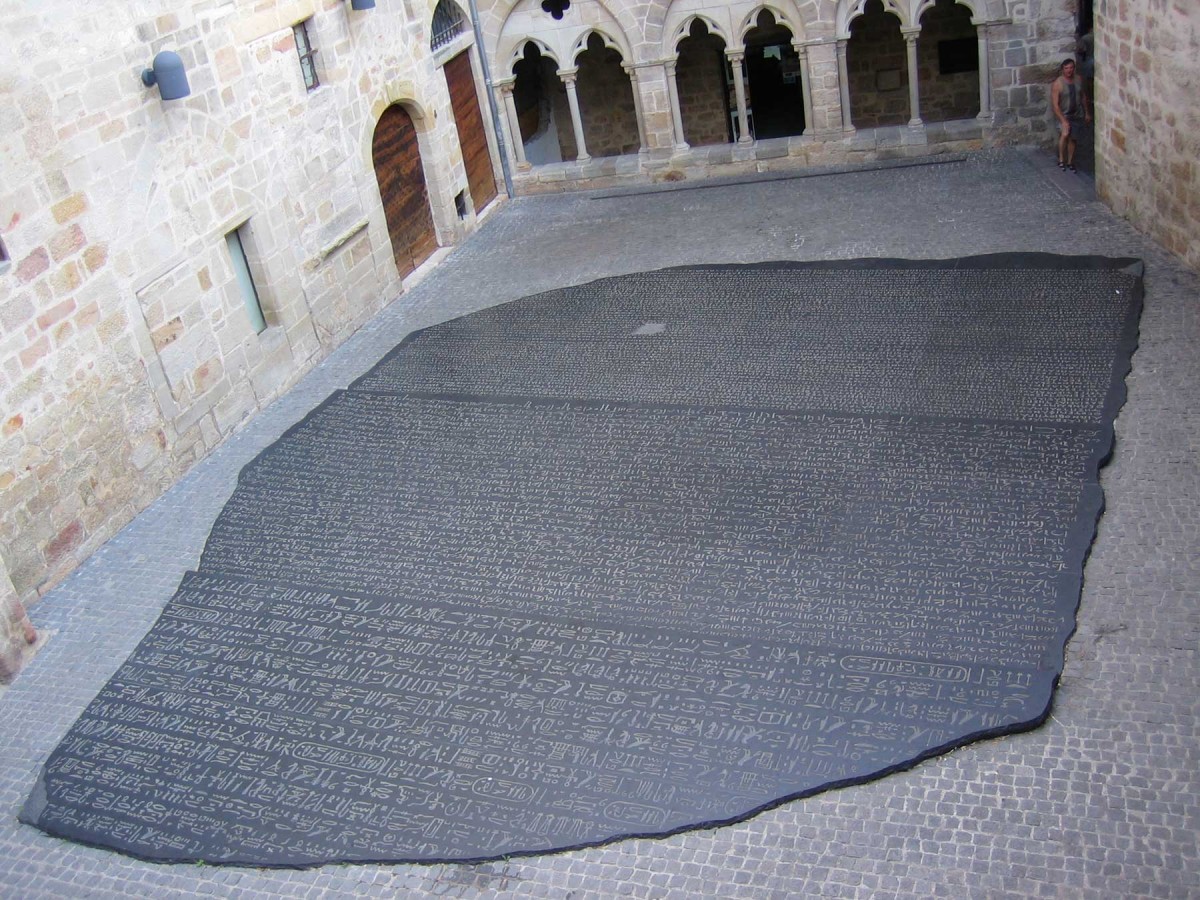 Ιστοσελίδα
A giant copy of the Rosetta Stone by Joseph Kosuth in Figeac, France, the birthplace of Jean-François Champollion.
26 06 '14 11:37

The LOFTS and DFHG Projects

The Leipzig Open Fragmentary Texts Series (LOFTS) is a new collaborative project that seeks to create open electronic editions of ancient works that survive only through quotations and text re-uses in later texts. The large diversity and dispersion of these materials entreats a dynamic infrastructure which fully supports and represents the relationships between sources, citations and annotations. LOFTS links fragments to the source text from which they are drawn, and aligns them to multiple editions and translations, thus providing an enhanced understanding of the fragmentary textual heritage it showcases.

The large diversity and dispersion of these materials entreats a dynamic infrastructure, which fully supports and represents the relationships between sources, citations and annotations. In a true digital edition, fragments are not only linked directly to the source text from which they are drawn, but can also be accurately aligned to multiple editions.

Karl Müller’s FHG consists of a survey of excerpts from many different sources pertaining to more than 600 fragmentary authors. With the exception of the first volume, these authors are chronologically distributed and cover a period of thirteen centuries. Fragments and their Latin translations are numbered sequentially and arranged according to works and book numbers (where such information is available). The first volume also showcases the text of the Marmor Parium with Latin translation, chronological table, and commentary, as well as the Greek text of the Rosetta Stone (Rosettanum) with a French literal translation, and a critical, historical and archaeological commentary. Part of the fifth volume groups fragments of Greek and Syriac historians preserved in Armenian sources (in French translation).

The Leipzig team (both staff and students) is currently encoding Müller’s five volumes in accordance with the latest EpiDoc standards, and compiling Guidelines (1.0) to enable third parties to collaborate. In particular, we are selecting CITE-friendly markup, which allows us to generate machine-actionable quotations that can be automatically aligned not only to the source editions from which the German editor drew and to his own Latin translations, but also to other open electronic editions.

In short, the DFHG Project allows for the creation of a large number of annotations of text re-uses on surviving sources, concurrently building a comprehensive survey of fragmentary authors and works, which are also recorded in the Perseus Catalog.

This paper will elaborate on the goals of LOFTS, its methodology editorial challenges, as well as its role within the Open Philology Project of the Humboldt Chair at Leipzig. We hope to elicit feedback and encourage collaborations with relevant existing or forthcoming projects, with the ultimate intent to advance the field of classical fragmentary evidence.

The seminar will be followed by wine and refreshments.

(Image: A giant copy of the Rosetta Stone by Joseph Kosuth in Figeac, France, the birthplace of Jean-François Champollion)