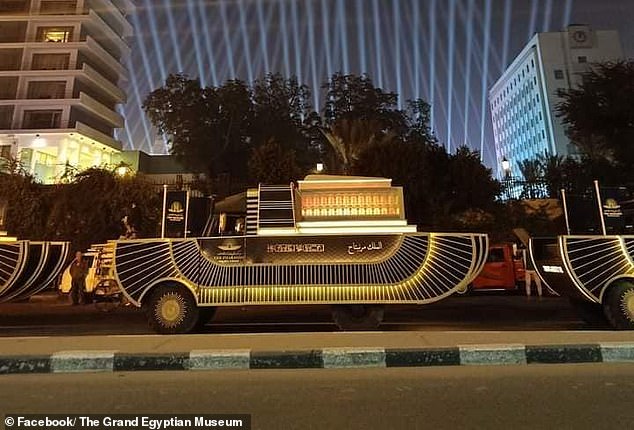 The Pharaohs’ Golden Parade, the procession leading the mummified remains of 22 ancient Egyptian kings and queens from Cairo’s Egyptian Museum to the National Museum of Egyptian Civilization in Fustat, will take place on Saturday, April 3.

A once-in-a-lifetime event, it honors some of ancient Egypt’s greatest historical figures whose remains survive up to our time. The mummified remains of ancient Egyptian national heroes Seqenenre Tao II and Ahmose I, the extraordinary female pharaoh Hatshepsut, conqueror Thutmose III and Ramesses II, the guarantor of the first large scale peace treaty in history, will be led, alongside other kings and queens, to a brand new museum that will honor their legacy in the best way possible.

All mummies will be transported through the streets of Cairo in specially designed vehicles filled with nitrogen, under conditions similar to their regular exhibition boxes. The royals’ ‘journey’ to their new ‘home’ will reportedly last around 40 minutes. The parade will be accompanied by a military band as well as a handful of important personalities of today’s Egypt.  In the new venue, each royal mummy will be showcased individually, next to a sarcophagus or a statue, in an environment reminiscent of underground royal tombs.