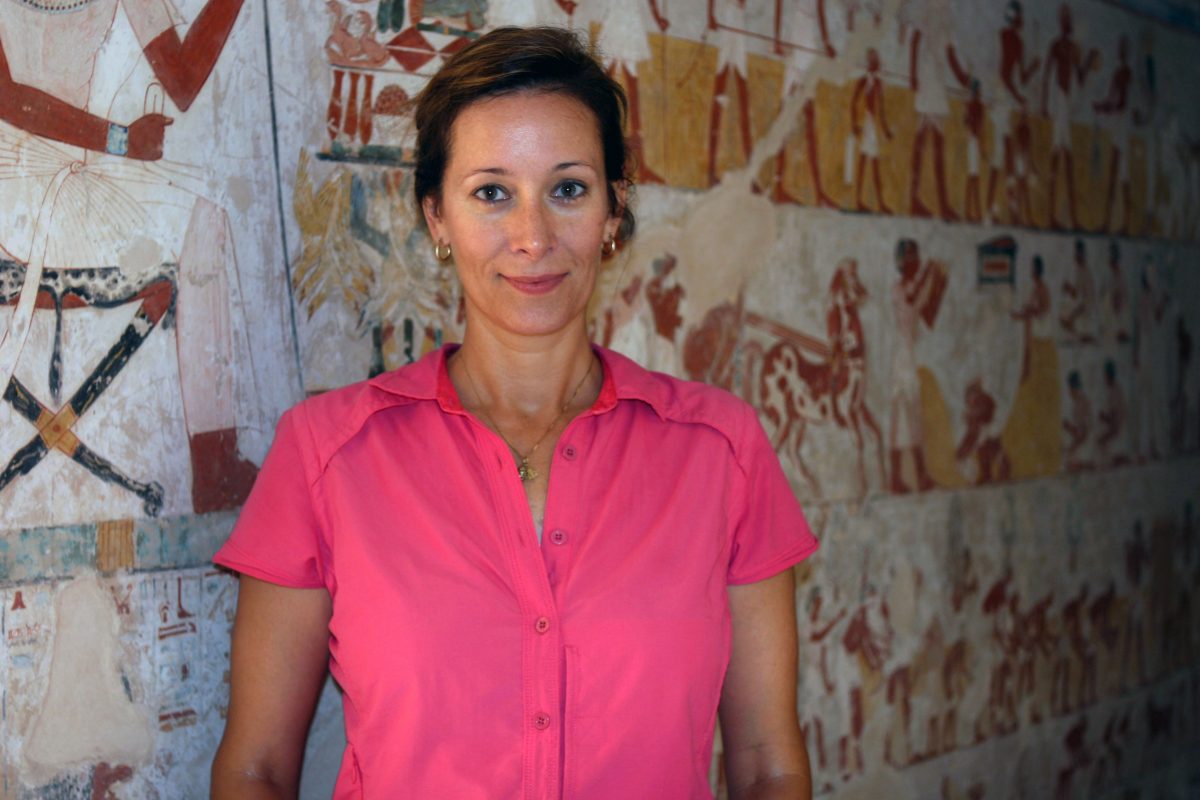 The Tomb Chapel of Menna (TT 69): The Art, Culture, and Science of Painting in an Egyptian Tomb is the subject of an online lecture by Dr. Melinda Hartwig. The lecture is organized by the American Research Center in Egypt ( ARCE).

The tomb chapel of Menna (TT 69), is considered to be one of the most beautiful and complex painted tombs from ancient Egypt. From 2007-2009, an international group of conservators, Egyptologists, scientists,  and digital specialists brought the tomb chapel back to its former glory, using cutting-edge non-invasive methods. The project was directed by Hartwig and administered by the American Research Center in Egypt as part of its Egyptian Antiquities Conservation Project (EAC). In addition, it was funded by a grant from the U.S. Agency for International Development (USAID), sponsored by Georgia State University (GSU), and carried out in collaboration with Egypt’s Supreme Council of Antiquities.

As past ARCE project director for the Tomb of Menna, Dr. Hartwig will speak about the international team that conserved the Tomb between 2007 and 2009 and their work. Her talk will focus on the results which relay important information about the tomb owner and the time in which he lived as well as artistic methods and status materials in the ancient world.

This lecture is open to the public.

For an interactive virtual tour to the tomb click here.