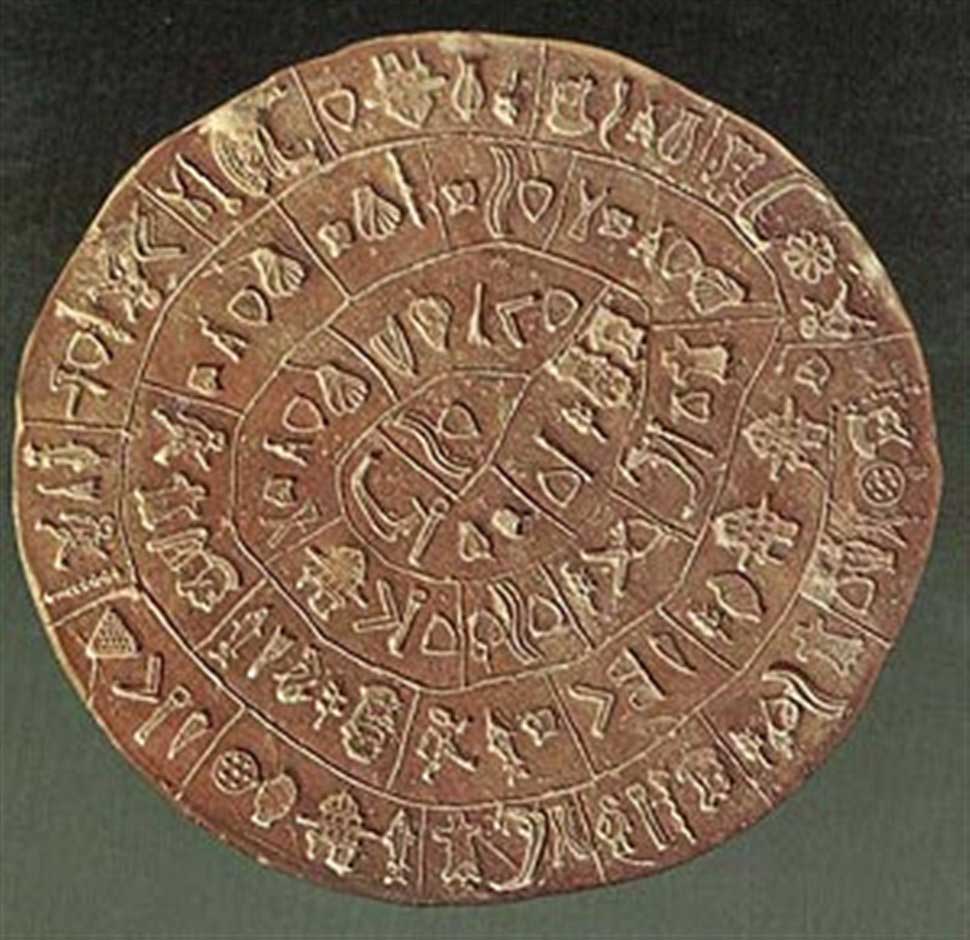 Three scripts from Bronze Age Crete (ca. 1800-1600 BCE) remain undeciphered: Cretan Pictographic, the Phaistos Disc, and Linear A (the later Linear B was deciphered as Greek in 1952). Though undeciphered, these three scripts can be read to some degree — and understanding these scripts has made impressive progress in the last 15 years, due to the fact that the texts are now online, allowing many scholars around the world to work on them. Working purely from internal context scholars see the Pictographic (“Hieroglyphic”) and Linear A texts as accounting documents, listing “contributions” (≈ taxes) of large ammounts of commodities from people and places and allocations of small quantities of commodities back to them. From close observations of the numbers involved, we can understand some terms: KU-RO (“total”), KI-RO (“deficit”), I (“to”), and TE (“from”). The more enigmatic Phaistos Disc is unique; there are no parallels for this cookie-like disc (though its spiral inscription has a couple of parallels in Linear A). Again, though, we can make some headway by observing patterns in the texts. Small marks under certain last signs in the sign-groups may mark the ends of phrases, and certain initial signs repeat in the text on side A while other signs end phrases on side B. If this were English poetry, we would speak of alliteration on side A and rhymes on side B.