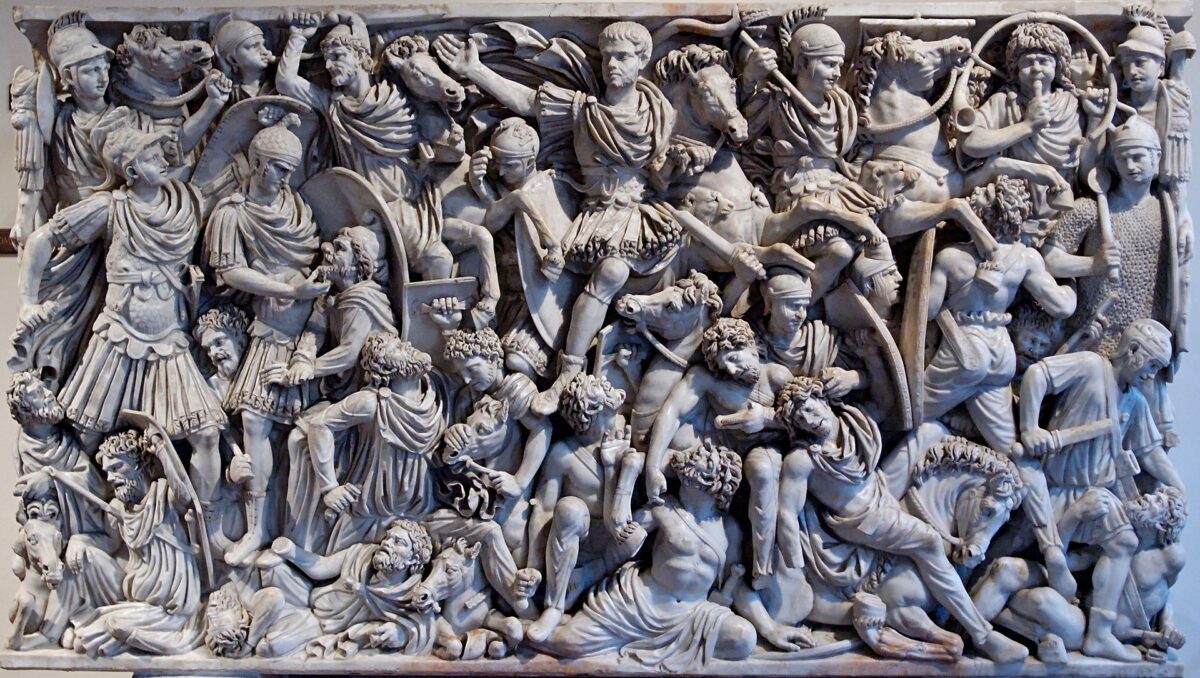 When Gods and Heroes Retreat: The Death of Myth on Roman Sarcophagi

“When Gods and Heroes Retreat: The Death of Myth on Roman Sarcophagi” is the topic to be addressed by Prof. Mont Allen (Southern Illinois University Carbondale). The presentation is the second archaeological lecture of Tübingen University’s Institute of Classical Archaeology (summer term).

Talk and discussion will be hosted via Zoom. If you wish to attend please contact Dr. Alexander Heinemann [email protected] so that you will receive the Zoom link in due course.

When Gods and Heroes Retreat: about

A strange thing happens to Roman sarcophagi of the Late Empire:  their mythic imagery vanishes.  These lavishly carved coffins had featured bold mythological scenes since the very beginning of their mainstream production early in the second century AD when burial had replaced cremation as the favored means for disposing of the dead.  Evocative testament to Rome’s ongoing love affair with classical Greek culture, they derived visual force from their resonance with artistic tradition centuries old while providing catharsis and consolation to those still living.  How then to make sense of this imagery’s withering and final abandonment on later sarcophagi, as mythological narratives were truncated, gods and heroes were excised, and genres featuring no mythic content whatsoever came to the fore?

That it must represent a major shift in the cultural values of the Late Empire is a given, given the central position that sarcophagi occupied in the Roman visual imagination.  But no consensus exists regarding its significance and the factors that may have driven it.  Did it perhaps reflect the growing strength of Christianity?  The political disenfranchisement of Rome’s old elite?  The cultural illiteracy of its new?  A desire for scenes of peace and tranquility as antidotes to the horrors of the Third Century Crisis?  An eagerness for imagery more finely tuned to status display?  A trivialization of myth caused by its excessive use?  Or something else entirely?