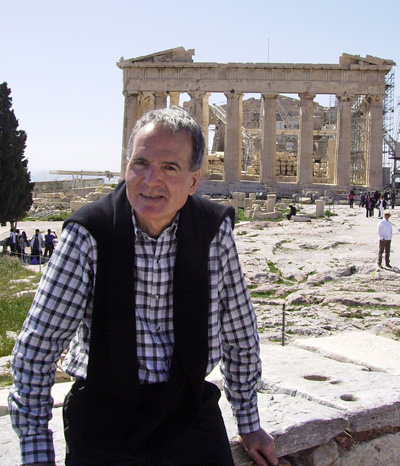 The Wider Island of Pelops: a workshop on Prehistoric pottery in memory of Professor Christopher Mee

Workshop in honour of Professor Christopher Mee to be held at the British School at Athens.

Bill Cavanagh and Josette Renard.
Tradition, transition and the impact of the new in Neolithic Greece.

Abstract. Chris Mee had a life-long engagement with pottery studies, think of the Bronze Age Dodecanese, his work on Cypriot antiquities, survey pottery from Methana and Laconia. A precious legacy that he left us, his co-directors of the Kouphovouno Project, was his work on the ceramics. Shortly before his untimely death, ‘The Middle–Late Neolithic Transition at Kouphovouno’ was published. It is our intention to develop further the ideas he put forward in that article and to reflect on the nature of tradition and innovation in a Neolithic community.

09.40. Stella Katsarou and Andreas Darlas.
New evidence on Neolithic burial and occupation practices in the coastal caves of the Mani, Laconia.

10.20. Eva Alram-Stern, Clare Burke, Katie Demakopoulou and Peter Day.
The Final Neolithic and Early Helladic I pottery from Midea in the Argolid: continuity and change.

13.20. Mercouris Georgiadis.
The ceramic assemblage from the MB III-LB I sanctuary on Leska top, Kythera.

16.00. Angelos Papadopoulos.
A contribution to the study of Mycenaean pottery from Cyprus: bringing together the tomb groups from the 1895-1897 British Museum excavations.

17.20. Elina Kardamaki, Vasco Hachtmann and Adamantia Vasilogamvrou.
Regional diversities or occupational gap? Pottery styles and production during the middle and late palatial phases (LH IIIA2-LH IIIB2) at Ayios Vasileios in comparison with those of the Argolid.