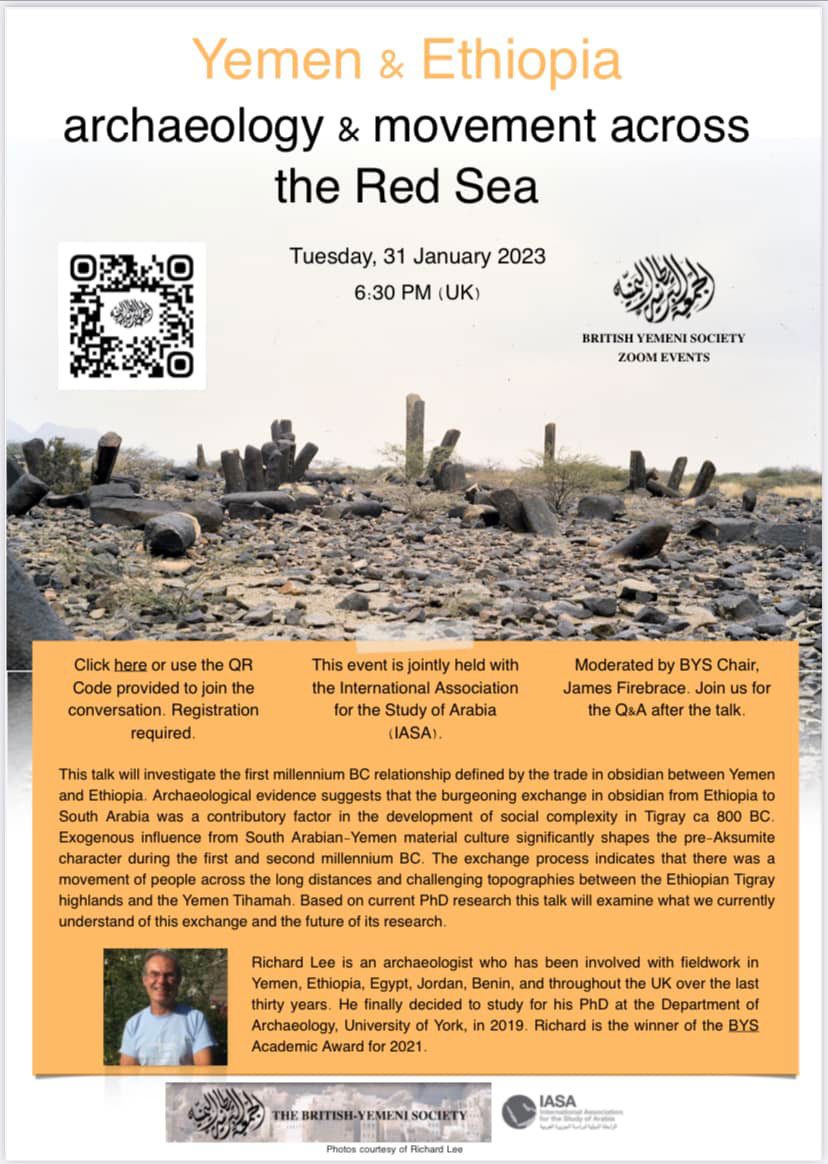 The BYS and the IASA invite you to a talk that will investigate the first millennium BC relationship defined by the trade in obsidian between Yemen and Ethiopia. Archaeological evidence suggests that the burgeoning exchange in obsidian from Ethiopia to South Arabia was a contributory factor in the development of social complexity in Tigray ca 800 BC. Exogenous influence from South Arabian-Yemen material culture significantly shapes the pre-Aksumite character during the first and second millennium BC. The exchange process indicates that there was a movement of people across the long distances and challenging topographies between the Ethiopian Tigray highlands and the Yemen Tihamah. Based on current PhD research this talk will examine what we currently understand of this exchange and the future of its research.

Richard Lee is an archaeologist who has been involved with fieldwork in Yemen, Ethiopia, Egypt, Jordan, Benin, and throughout the UK over the last thirty years. He finally decided to study for his PhD at the Dept of Archaeology, University of York, in 2019.