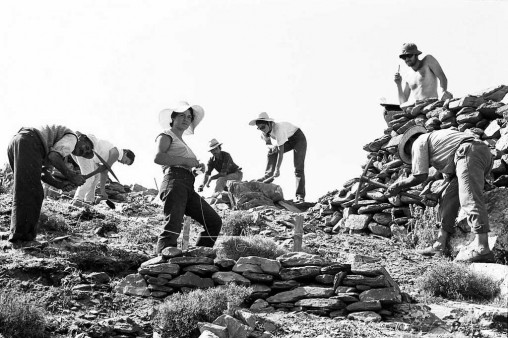 Between 1967 and 1977 an Australian team excavated at the site of Zagora on the Cycladic island of Andros under a permit issued to the Archaeological Society at Athens. During that time a number of Zagora Heritage Films were made on 16mm stock. Two and half minutes of footage has been edited together to give you an idea of what it was like to be at Zagora in the sixties.