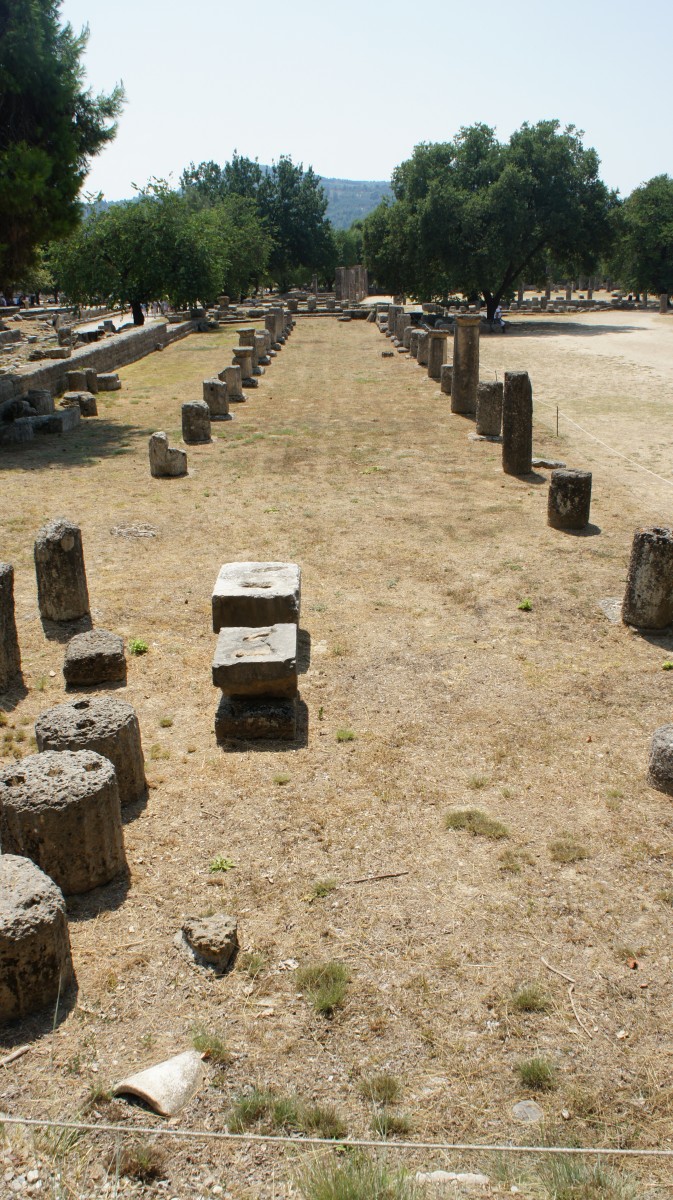 The ancient Gymnasium of Olympia

The gymnasium was originally constructed in the Hellenistic period, while the surviving structure dates to the 2nd century BC. It was a big oblong building with a spacius court in its centre and a series of rooms occupying its west wing. The rooms were probably used to accommodate the athletes. The court, approximately 220 metres long and a100 metres wide, was used to practice the javelin and discus.