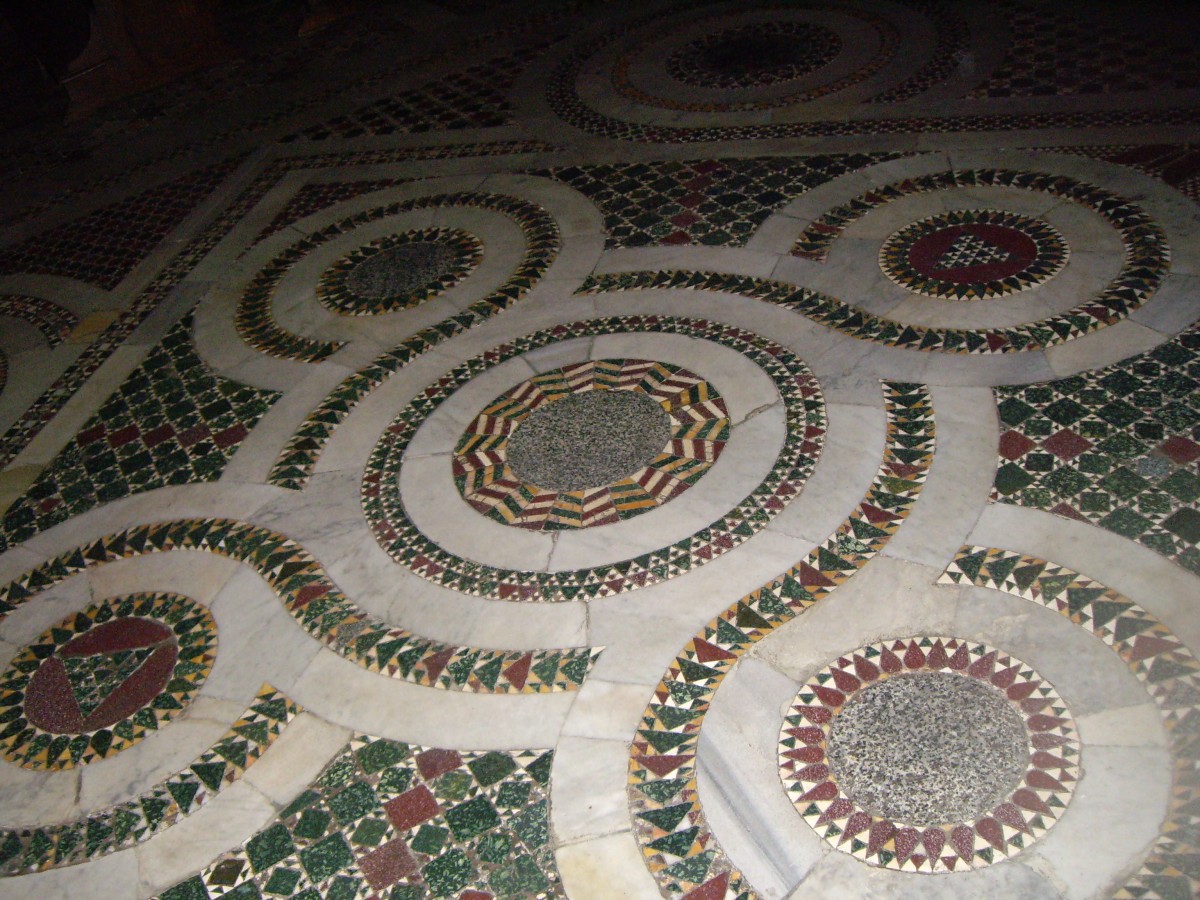 Krokean stone at the mosaic of a church in Rome